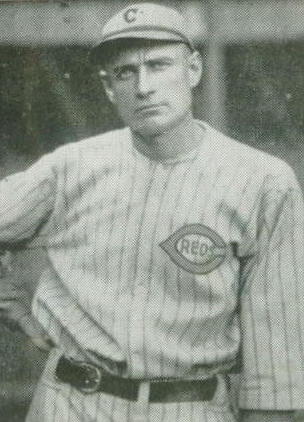 I have to get up early and travel across the state and back tomorrow, so I gotta make this quick. Today's birthday is none other than Wally Pipp, the former New York Yankee known more for his infamy than his actual baseball skill. Those of you who are not fans of the game or historians of random people may not know the name, but Pipp was the individual who missed a game, causing Lou Gherig to enter the lineup. You likely do know that once Gherig got in, he never left....playing in over 2,000 straight games and taking Pipp's spot forever. We now use Pipp as a name to showcase the belief that you can never take a day off in your strive for success. I use it as the main reason why I keep Beisner at arm's length. To the (abbreviated) news.... (1): The ankle and finger heard round the world continues to be that of Patrick Patterson, who is doubtful at this point for the Vandy game. Gillispie said today that Patrick was not able to do a great deal in practice and that he would once again be a gametime decision. He did illustrate the power of positivity by making clear that the rest was also helping Patrick's finger to heal as well. But once again, the eye on the prize looks to be next Saturday when Tennessee comes to town. (2): The Cats Pause reported today that Kentucky has offered a walk-on spot to Scott County Senior Richie Phares. Phares is 6'8" and has been attracting some attention from low major programs across Division I with his recent play. He has been the surprising improved player on the Scott County roster and the Cats are attempting to get him to join the team next year as one of their "preferred" walk-ons. It isnt clear what decision Phares will make, but he would be a talented addition to the roster. (3): I continue to look forward to a moment that will be nothing but spectacular, Jared Carter's start on Senior Day. Or at least I hope it is spectactular. The tradition of starting your Seniors on their last home game is one that actually very few schools engage in, but Kentucky has been one to do it for most of its history. No one has made any comment about it yet and last year it wasnt an issue, with Ramel and Joe both obvious starters. It will be interesting to see what Gillispie chooses for the big day, and I do hope that rumors of an O Charleys sponsorship of the festivities comes true. (4): Finally, it is looking more and more like the first game of the football season will be in Cincinnati, as the Cats will likely play Miami of Ohio at Paul Brown Stadium on September 5th. That will produce a schedule that will have the Cats playing one game, getting a week off, and then playing 11 straight games without a break, including a brutal stretch to start the year with Louisville, Florida and Alabama at home and South Carolina and Auburn on the road. We will talk more about the schedule in a post on Wednesday, but folks the way it sets up now, the front end is brutal and will make improvement to an 8 win plateau (which many, including the coaches are shooting for) very, very difficult. We will have more all day....I will have some from the road, Beisner and others man the ship on the homefront and we begin the process of taking Vandy down a notch. Stay tuned.......