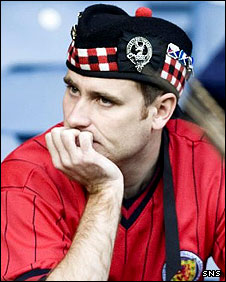 Well last night didnt go well at all now did it? With the Cats hitting #1 for the first time in seven years, they then proceeded to find themselves on the road in Columbia, facing the "superstar when he plays Kentucky", Devan Downey, and a loss soon followed. It is unbelievably late for me and I am setting this for the morning, so just a couple of thoughts: --- In the end, for the first time this year South Carolina made more plays than Kentucky as the game winded down. Devan Downey hit the big shots and Kentucky simply did not. He drove and finished, while most of Kentucky's guys drove and missed or turned the ball over. Close games come down to who makes the big play...and South Carolina did, while the Cats did not. --- Just a terrible game production wise from Bledsoe, Miller and Dodson. For Kentucky to be great, those guys have to hit outside shots and make smart plays. All three were torched on defense on multiple occasions and all three missed open shot after open shot. In Bledsoe's case, it was his worst game of the season, making key turnovers and bad decisions throughout. Combine Dodson and Bledsoe's WIDE open layup misses, and they were a complete zero for the Cats team all day. --- I am not sure how it keeps happening, but the team continues to forget about Patrick Patterson. He only had five points on four shots all night. Some fans criticize Pat for not "demanding the ball" or wanting it more and I think there is some validity that he should call for the ball more often. However, too often Calipari's offense has him standing at the three point line in clutch situations, inside of on the block, demanding the ball. In big moments, the ball needs to be shot by either Wall, Cousins or Patterson. Too often, the team is forgetting about that last option and it is to their detriment. --- John Wall had a good, but not great game. While he made big plays down the stretch, he also took needless chances at times and didnt take over when the Cats went up five and could have put it away. A good effort, but not the transcendent one we have been used to so far. --- On the other hand, Demarcus Cousins was a man all night. He was unstoppable on the low block and during the stretch when the Cats went from up 5 to down 6, it was their inability to get him the ball that cost them greatly. Just a great game and the one highlight of the day was the play of Boogie. --- I dont understand what Cal was thinking on the last play when the Cats were down three and had the ball with 40 seconds left. In that situation, the ball is in Wall's hands if I am the Coach and he makes something happen. Instead, the ball was brought up by Bledsoe and his pass to Wall was deflected and then went off Wall's hands. To me, that is the case of outthinking yourself. In crunch time, the best player should have the ball, not be given the ball on a set piece, especially if he is your point guard. --- Having said all of that, long term, this loss isnt a huge deal. The Cats were going to lose 2-3 conference games no matter what, and now it just means that they need to pick up an extra of the Miss State, Tennessee, Vanderbilt trio on the road. What does matter is how the team responds to adversity Saturday at Vanderbilt. With the way the season is progressing, that game could be the most important in determining the future of the team, not so much because of the result, but what it says for its resolve. So go to sleep fans and recognize that all will be better soon. It has been a heady few weeks for Cat fans with the undefeated talk, the #1 ranking, the praise from all ends, etc. But in the end, what matters is March and this team is still primed to do major damage in the Tournament. This week is big however and we will see what Calipari and the boys do to respond. My confidence remains high.