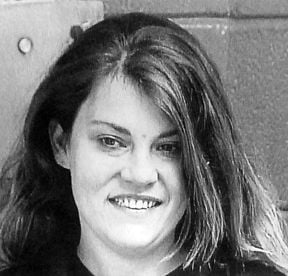 News-Graphic.com[/caption] A fast food employee in Georgetown, Ky. is in a ton of trouble after she stole an ambulance for a quick liquor run to buy a bottle of Fireball. According to the News-Graphic, Tara Anne Hughes dropped what she was doing at Wendy's to jump in an ambulance that was idling outside while its crew dined inside the restaurant. Hughes drove it to a nearby liquor store for Fireball and crashed into the store's awning in the process. The ambulance was found at a Marathon station around the corner, where she was taken into custody. Hughes is charged with theft by unlawful taking over $10,000 but less than $1 million, driving under the influence, first-degree criminal mischief and possession or use of a radio that sends and receives police signals. Not a single f*** was given that day. [Authorities: Wendy's worker takes unattended ambulance on a liquor run]