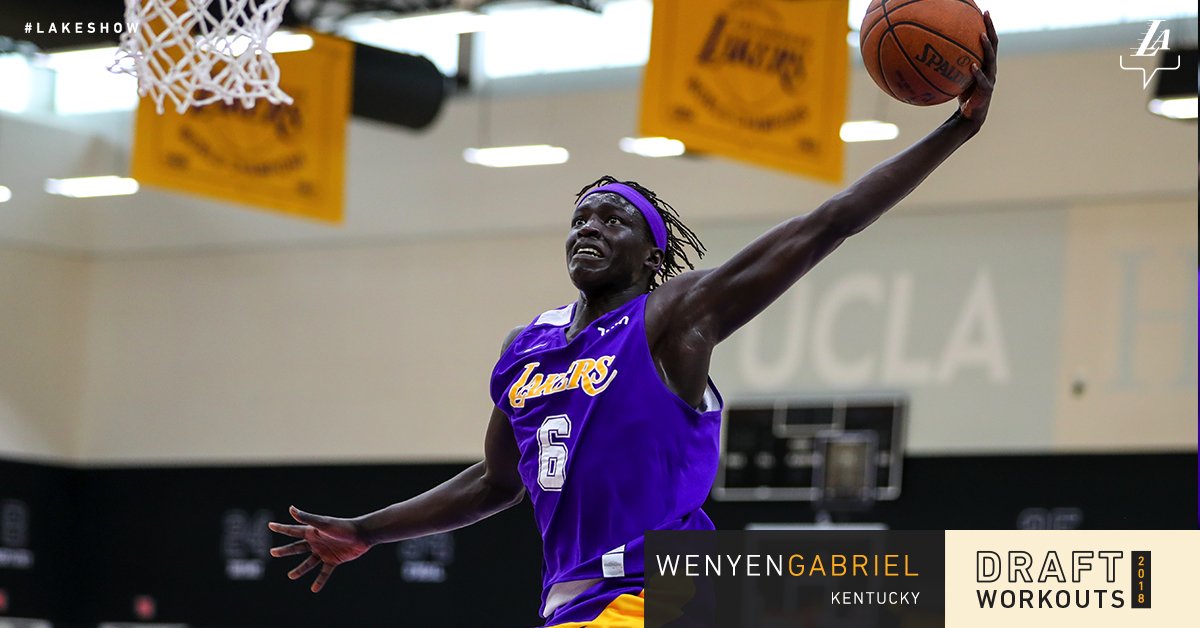 @Lakers[/caption] Wenyen Gabriel worked out with the Los Angeles Lakers today. During the workout, Gabriel went the through the "Lakers Mentality Drill." This drill involves players running up and down the court, shooting three-pointers at either end for 90 seconds. Gabriel recorded a score of 28 points, tying a Lakers workout record. Gabriel outscored Duke's Grayson Allen who scored 21 in May. LiAngelo Ball scored 15. https://twitter.com/hmfaigen/status/1005508392402616320 Is there a possibility Gabriel joins Julius Randle in LA? I would love that.