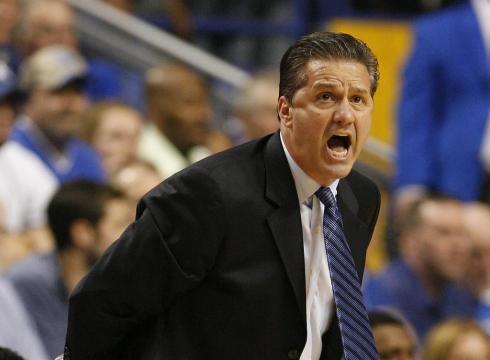 John Calipari went to his mailbag to answer a few questions from Big Blue Nation on CoachCal.com earlier this morning. In a nutshell, this is what he said:

Did you get all of that? If what you got out of it was that... -the reason his teams practice so fast, and play up and down fast, is because he wants them to learn to have their feet moving very fast... while their minds are moving very slow - just because your feet are moving fast, doesn't mean your mind has to move that way - every drill he does is to slow the mind down so that the players are not panicked and can make good decisions - he wants his players to be like ducks... - under the water he wants them to be picture # 7 (second to last) - above water, he wants them to be picture # 8 (last picture) - they have to practice that way in order to be able to play that way   ...then you were correct.    Cal was also asked which former player at Kentucky he would have most liked to coach that he didn't get the chance to. His answer?

RONDO - "I would have loved Rondo. Now the issue would have been, in a wide open game, a great lay-up shooter and great creator, with the way we play that's scary. And I've been around him and I just like him. He's got great basketball knowledge. Not good, great. I think what would have happened, not only would it have been him, but he would have dragged 3 or 4 other guys with him. He would have dragged everyone with him, kind of like John Wall did." P.s. I spy with my 3 goggle eye a precious young Brad Calipari picture in the background. Go Cats and have a great weekend, folks.