What we know about last Saturday's bar fight 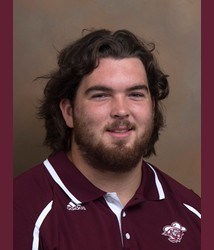 The story about Saturday night's alleged bar fight between Drew Barker, Dorian Baker and Tymere Dubose and EKU lineman Colton Scurry has dominated the headlines tonight, and a LOT of rumors are flying back and forth. Therefore, I thought it would be wise to break down what we know and what we don't know about what happened to save us all a little stress.

"We are currently investigating information reported to us regarding a possible assault on one of our students in an off-campus location, as well as a possible related incident in Telford Hall that may have occurred late Saturday night or early Sunday morning. We can not divulge the the name the students who may have been involved at this time. This is all I know at this time."

EKU officials received a report today about an assault that went down at Telford Hall at 2:54 a.m. on Sunday. The report says an individual was "assaulted by a person known to them." It's still under investigation.

"The two most important days in your life is the day you were born and the day you find out why, what doesn't kill you makes you stronger."

"My boyfriend's a bouncer there," Alex Carpenter, an EKU student told LEX 18. "He just said that it was 3 UK players who jumped one of our Eastern football players. And they broke a bottle over his face. They had to take him to the hospital. He had to get some stitches in his face."

"We were in the back part of Jerzee's," said Will Ruholt, a friend of Barker's from Conner High School. "A couple people started talking (abusively) and things started to get a little heated. Colton Scurry is the one who started the entire fight. He pushed me. Multiple people can verify that."

"He's got so much swelling," the father said. "He couldn't see for the last two days. Several fractures in his face and nose."

UK has yet to release a statement. Mark Stoops is reportedly on the road recruiting and is gathering information about the incident. Hopefully, we'll hear more tomorrow.