So Wisconsin, we meet again. One year ago the Wildcats and Badgers met for one of the most exciting games in Kentucky basketball history . That game, as you recall, was capped off by a shot from the deuce that defied the laws of physics. What's different about the Wisconsin team they'll be playing this season? Not much. Here's whats old and new with Wisconsin: What's Old: [caption id="" align="alignnone" width="871"]

Image Via USATODAY[/caption] Josh Gasser, Frank Kaminsky, Sam Dekker, and Traveon Jackson were all on the court last season when Aaron Harrison launched a dagger that sent the Badgers back to Madison. You can bet that shot is being played to those guys on repeat to serve as extra motivation to knock off the unbeaten Cats. Kaminsky and Dekker form a one-two punch as versatile big-men that can spread the floor and knock down 19 foot jump shots with consistency. Last year in the Final Four, Kaminsky was kept in check by a combo of Dakari and Randle, scoring 8 points and grabbing 5 rebounds. Dekker played well as he shot 3-4 from the field on the way to 15 points in just 25 minutes. Alex Poythress was able to match Sam's height and skill with physicality and athleticism. There are few players his size that can do what he does offensively. Unfortunately for Dekker there is a guy his size that can do amazing things defensively. Willie can contest every three while being quick enough to cut off a drive. It will be the classic battle of unstoppable force against an immovable object. Traveon Jackson, who took the would-be winning jumper at the buzzer last year, has been hobbled by a fractured foot since January. He returned in the sweet 16 but has remained limited. What's New: [caption id="" align="alignnone" width="685"] 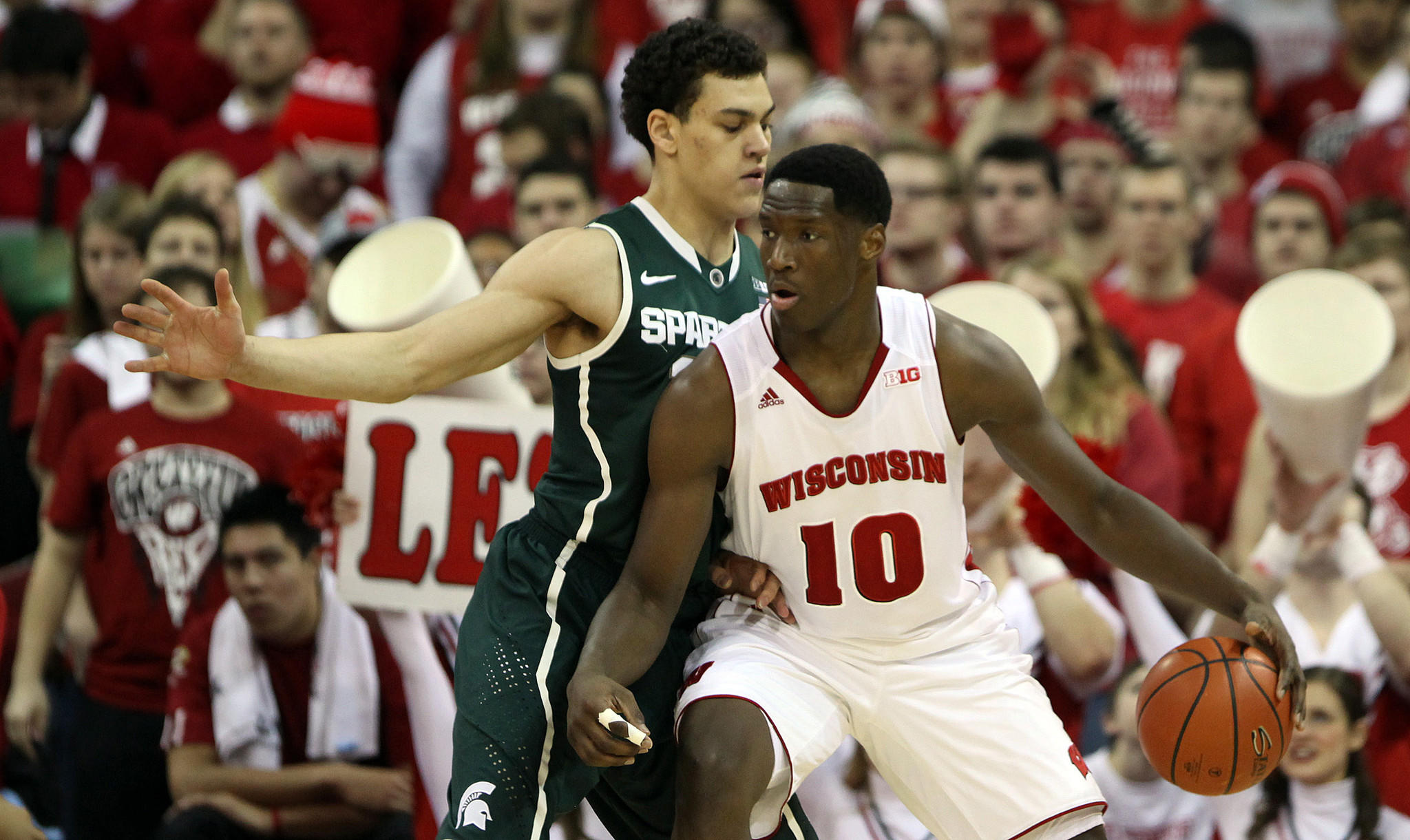 Via Chicago Tribune[/caption] Wisconsin lost just one significant player from last year's Final Four team and that was guard Ben Brust. Brust scored fifteen points and went 3-7 from downtown to pace Wisconsin for much of the game. He won't be missed by Kentuck fans. His replacement in the starting lineup? Nigel Hayes. Last season Hayes logged just 7 minutes and 2 points against the Cats but the small forward has made an explosive leap for his sophomore year. Since the end of the regular season Hayes is averaging 14.29 points per game with 4.2 rebounds and 1 steal. He's a guy that can put up a bunch of points in a hurry. Trey Lyles needs to be ready to defend in his hometown.   So Wisconsin returns just about every player from last year's stinging loss but with an added year of experience. The Cats will have Willie Cauley-Stein, Karl Towns, Devin Booker, Ulis, Lyles, and two twins growing before our eyes. Its the same Badgers but a whole new group of Cats. I like our chances to repeat in the Final Four.