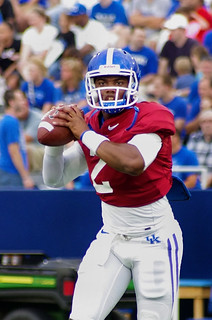 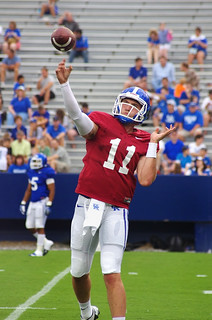 Just like we all assumed, it's Jalen Whitlow versus Max Smith for the starting quarterback spot at Kentucky. Mark Stoops confirmed the two-man race after today's scrimmage in Commonwealth Stadium and said both guys will play against Western Kentucky in Nashville. Patrick Towles, the third option, is open to the idea of redshirting, according to Stoops. He commended the sophomore from Highlands for the way he fought for the job.