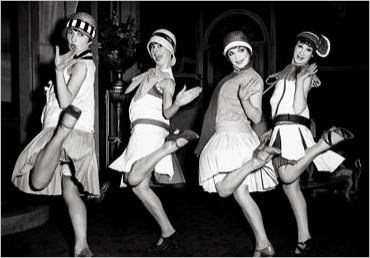 I'm assuming these are the Charleston Southern cheerleaders. After losses in five of Kentucky's last six games, it is understandable that a bit of air has seeped from the Big Blue football balloon. And with College Gameday having made the decision to bypass Saturday's match-up with Charleston Southern, one has to wonder if a sizable number of Cat fans will do the same. I, for one, will be in attendance and would hate to find myself alone with my thoughts. So if you are contemplating making the pilgrimage to Commonwealth on Saturday, here are a few items to put in the "pro" column. You will get to behold the majesty that is the Charleston Southern Buccaneers. Don't miss the opportunity to say that you were in attendance the first time that the Bucs of Charleston Southern, arguably the second best team in all of Charleston, invaded Commonwealth Stadium. The Bucs are going through a bit of a rebuilding season, as they sit at 2-6 entering Saturday's clash (same record as Tennessee, by the way), but all indications are that they still plan to show up Saturday afternoon. See Kentucky win. There are very few guarantees in sports or life, but this is one of them. Kentucky will win Saturday afternoon. Charleston Southern has faced one other FBS opponent this season. In that match-up, Hawaii relied on a late field goal to survive 66-7. Should Kentucky's athletic advantages not be sufficient to ensure victory, the intangibles also seem to favor the Cats. First, even if the crowd turns out to be a bit thin, I feel fairly confident that it will eclipse the 3,200 the Bucs average each home game. (Must look like Homecoming at Papa John's down there.) Finally, Kentucky is sandwiched in between powerhouses Stony Brook and Presbyterian on the Charleston Southern schedule, which may mean the Cats won't get the Bucs' best effort. See the young guys play. A frequently debated topic amongst UK fans these days is the weakness of the non-conference schedule. Though games like Saturday's do not generate much in the way of buzz, they do provide an opportunity for reserves to play significant game minutes. I'm looking forward to seeing both young quarterbacks as well as several defensive players who have not cracked the rotation (Linebackers Avery Williamson and Jewell Ratliff, for example). We may even see more of tailback Donald Russell should his mom see fit to let him play. Catch Randall Cobb and Danny Trevathan while you can. Don't worry, I have no sources telling me these guys will skip their senior seasons, but NFL scouts have to be noticing their play. Trevathan leads the Southeastern Conference in tackles at more than 10 per game. Cobb leads the conference in receptions per game, is second in all-purpose yardage, is Kentucky's All-Time leader in touchdowns, and leads the free world in being awesome. Obviously, we will all selfishly root for their return in the off-season, but it is entirely possible that Kentucky fans have only a couple of Saturdays left to witness their exploits. If history is any indicator, both will provide something special for the fans who show up on Saturday. What else do you have to do? As Kentucky fans suffered through the malaise of the Curry era, many repeated the same mantra: If only we were competitive and had an exciting offense, I'd be satisfied. Let's analyze the present state of the season. Obviously, the record is disappointing, but there has only been one game (Florida) in which the Cats weren't competitive. The offense averages 33 points per game and boasts the conference's second most prolific passing attack. Thus, it seems both the competitiveness element and the offensive production element are met. I understand the frustration, but this is not a bad Kentucky team, and I hope it will be supported by a strong fan showing on Saturday.