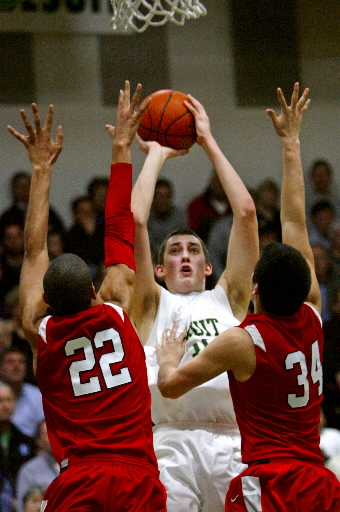 It's official.  The recruiting terror level for opposing coaches has been raised to red.  UK just got a commitment from a five-star player who has never even visited campus.  Unbelievable. He said he felt his versatility will fit in well with UK's system and that he wanted to surround himself with the best players.  Sounds like Kentucky is where he should be.  According to Paul Biancardi, Wiltjer is a blend of Kevin McHale and Keith Van Horn (hey! they're white too!), which means if you were born after 2001, he's destined to be overpaid and underperforming.  But, if you were born before, that means Wiltjer has a nice, fundamentally sound inside-outside game and will be a fine piece in what could be a 2011 masterpiece.  It's an incredible and surprising gift to a class that could find itself in the conversation for greatest ever.