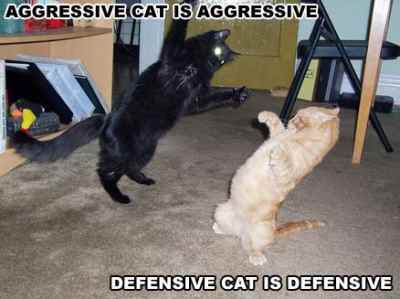 I freely admit that I am not over last year's UK-Tennessee game in Commonwealth Stadium. When the Cats got the ball inside the ten, then never gave Randall Cobb a carry and ended up setting for a Field Goal to send the game into Overtime...well that decision has haunted me ever since. The reality is that for Kentucky to beat the best teams in the SEC, the Cats have no choice but to be aggressive and take the bull by the horns. The safe play may be the way to go in most games, but when you are playing a rival who you have beaten since any of your players were alive....well you throw "conservative" out the window. You play to win, and if you lose, you deal. But you dont leave chances on the field and last season versus the Vols, I am afraid that is what happened. But its a new day...a Joker Phillips day. So what happens this week in Gainesville? Zach Mcrite, my co-host on the radio, raised an interesting question today concerning the game on Saturday. If Kentucky is driving at the end of the game down 7 and scores, should the Cats go for two and an outright win, rather than the game tying extra point? After thinking about the question for a bit, my answer is very simple....YES! First there are the mathematical reasons to do it...a few years back a study was done that suggested two point conversions are converted 58% of the time. If that is correct, then you balance the chance of it succeeding (58%) with the chance of failure, but a potential onside kick (low but does exist...lets say 5%) and say that you get a positive result 63% of the time. The other option allows for a kick that you could miss (in UK's case lets say 5% of the time) and then the likelihood of success in Overtime (in Florida on the road against a better Gator team....less than 50%). So the numbers say go. But even if they didnt, I would still do it. Why? Its simple...to break a 23 year drought and do it on the road, you have to go all out. You cant wait for the win to come to you, it has to be taken. Kentucky has "managed" games for years and such management has led to numerous losses and few close games versus the Gators. Not anymore. If it happens on Saturday, Joker must go for two or do some other aggressive play. Beating the Gators takes a great performance, but also luck and aggression...heres to hoping Joker gives that on Saturday.