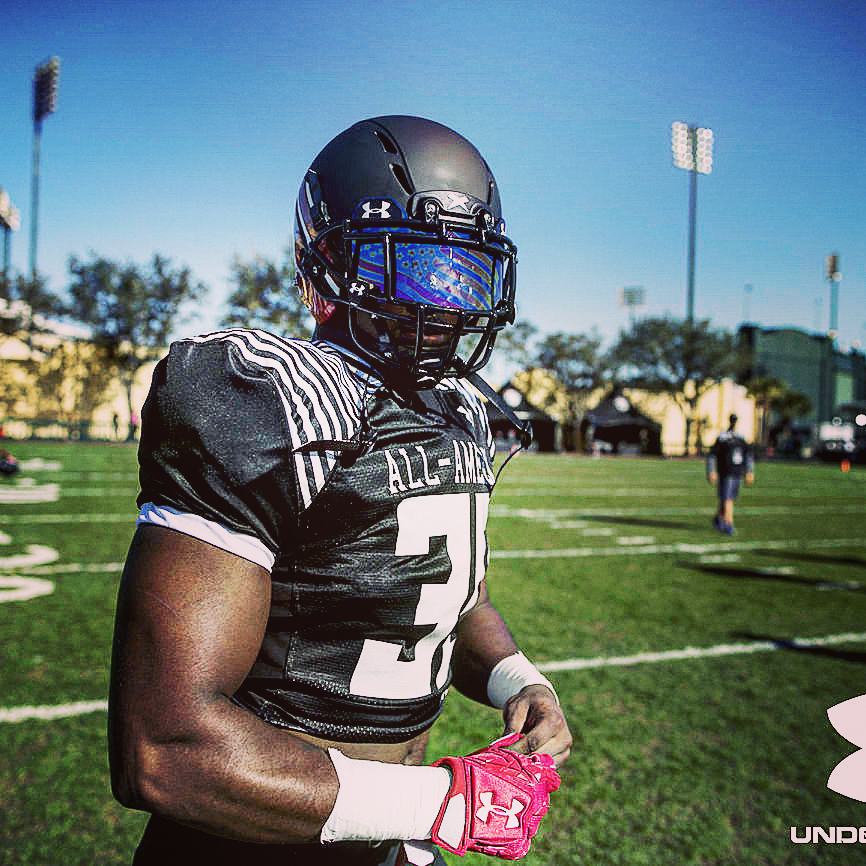 @XavierPeters22[/caption] Four-star All-American Xavier Peters has yet to sign with Kentucky, but his commitment to the Cats remains firm, his coach tells the Herald-Leader. The outside linebacker turned heads during last week's Under Armour All-American Game.  Florida fans burned up Twitter, clamoring to flip the playmaker.  Lakota West football coach Larry Cox said his phone has "heated up" since Peters' performance on national television, but none of the inquiries are from Florida's new coaching staff. “I don’t see that happening,” Cox said. “I haven’t talked to Florida about it. And if I haven’t talked to them about it, normally it’s not going to happen.” Peters was the only verbal commit who did not sign with Kentucky during the early signing period.  It's created concern for many Kentucky fans.  Cox said Peters used a wedding analogy to describe why he will wait until the traditional National Signing Day. “I’m solid,” Peters told his coach last month. “But before I walk down that aisle, I want to make sure it’s the right one.” If Peters makes it official on February 7, he will be the second-highest ranked player in UK's 2018 recruiting class and become the fifth Lakota West alumnus to commit to Mark Stoops' Wildcats, following George Asafo-Adjei, Kayaune Ross, Mikel Horton and Kyle Meadows. [Herald-Leader]