He knows that. He admitted it Thursday, and he’s not going to try to become that. His brother, Kaleb, can do all the cheering and yelling he wants, but that’s not Andre’s style. It’s not the way he leads.

Andre Wesson doesn’t have to be a vocal leader. Wesson, who has started 39 career games and played in 98, brings another trait to the Ohio State fold as he enters his final season for the Buckeyes: Experience.

On a team littered with young, talented guys, Wesson is the lone scholarship senior. He’ll be leaned on as the Buckeyes navigate through this season.

“I’m kind of more of a laid-back guy,” Wesson said. “I mean, every now and then if I have to yell at somebody, I can. But more so, my role is showing showing you. Follow my example.” 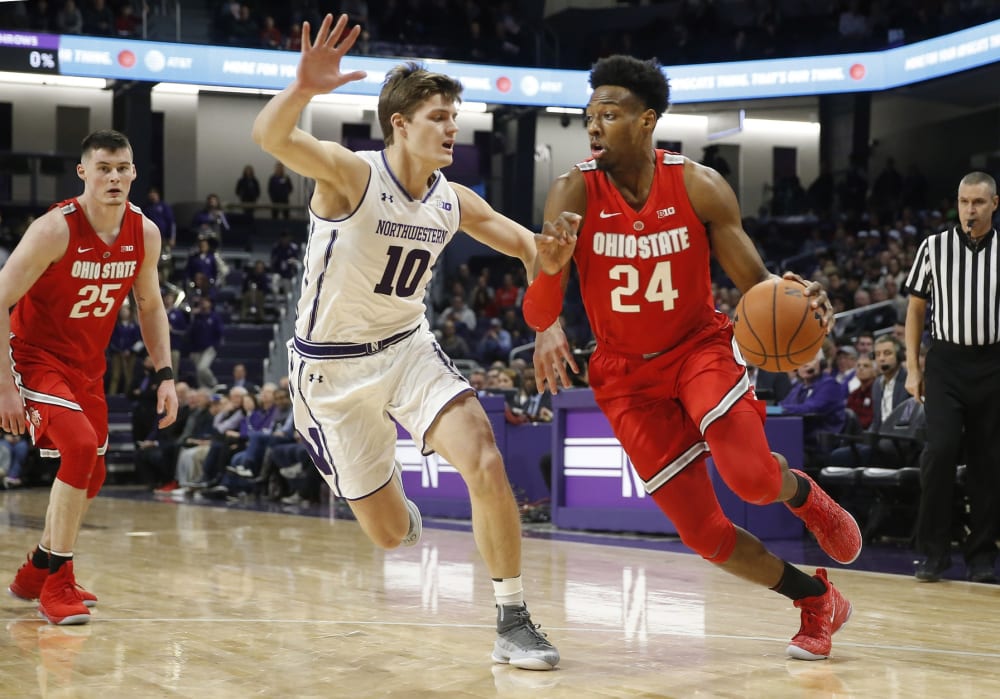 Last season was a good start to that. Wesson’s minutes per game increased. So did his points per game and his 3-point percentage. He’s working to see another increase this season, so he can be on the floor to lead. Again, he’s not a rah-rah guy. He leads by example.

Part of that is leading offseason workouts. The new 3-point line â€” which was moved back to international standards (22 feet, 1.75 inches) â€” is something Wesson is taking into consideration, and he think’s it’ll be a mental adjustment more than a physical one. But that’s what the offseason is for. He’s been in the gym working on adjusting.

That’s not to suggest he’s focusing on the 3-point line and nothing else, though. Wesson wants to become an all-around player for Ohio State.

The other rule change Wesson will have to help guide his young peers with is the shot clock. Starting this season, the shot clock will only reset to 20 seconds off an offensive rebound. The NCAA hopes it speeds the games up, but it’ll take time to get used to operating like that.

Wesson thinks that will be a tougher rule change to function under than the 3-point line.

But those won’t be too much to handle. Not for the senior who played sparingly for two seasons, then was thrust into the starting lineup last year. He was a starter for the first time in his career a season ago. He’s been on good teams and bad teams. He’s had two coaches in three years, and he knows how to adapt.

In Year Three under Chris Holtmann, the Buckeyes have lofty expectations after back-to-back NCAA Tournament appearances. Holtmann will rely on Wesson, the Westerville native, to lead.

Wesson’s career has been defined by the unexpected. He played one year under Thad Matta. After Matta was fired, Holtmann got the job, and Wesson struggled to find time, but improved. His play increased last year. Now, it’s time for Wesson to be a presence on and off the court.

That’s a lot for somebody who received a last-minute offer from the Buckeyes.

Of all the things he’s done through three years, he hasn’t had time to reflect.

â€œI havenâ€™t stopped and thought about it,â€ Wesson said. â€œIt is kind of crazy thinking about it. Itâ€™s gone fast. Iâ€™ve enjoyed my three years so far here and Iâ€™m looking forward to the fourth.â€

He might not have time until the end of his final season. Andre Wesson will be busy finding a rah-rah guy and leading his own way.