COLUMBUS — The ball kept coming to Austin Mack, because eventually Ohio State knew what he would do with it.

There was certainly some surprise on the sideline when a handful of catches turned into drops from a guy who is widely considered the most consistent performer for the Buckeyes at wide receiver. A certain touchdown, an easy grab without much pressure and a couple more difficult receptions fell to the turf at AT&T Stadium against TCU last weekend, but Ohio State never wavered.

Eventually, the version of Mack the Buckeyes are counting on to play a key role in the evolution of the passing attack returned with a pair of second-half grabs. And that faith in the junior might wind up paying huge dividends as the season progresses for No. 4 Ohio State, which is back at the Horseshoe on Saturday against Tulane.

“Just with Austin today and the situation, you know, a lot of the guys were just telling him that at the end of the day, youâ€™ve got to let it go,” fellow Ohio State wide receiver Parris Campbell said. “We need every single person on the team. We knew it was going to be a four-quarter fight.

“At the end of the day, we just told him he needed to clear his head. And I think he moved on from that and actually had a big-time catch later on.” 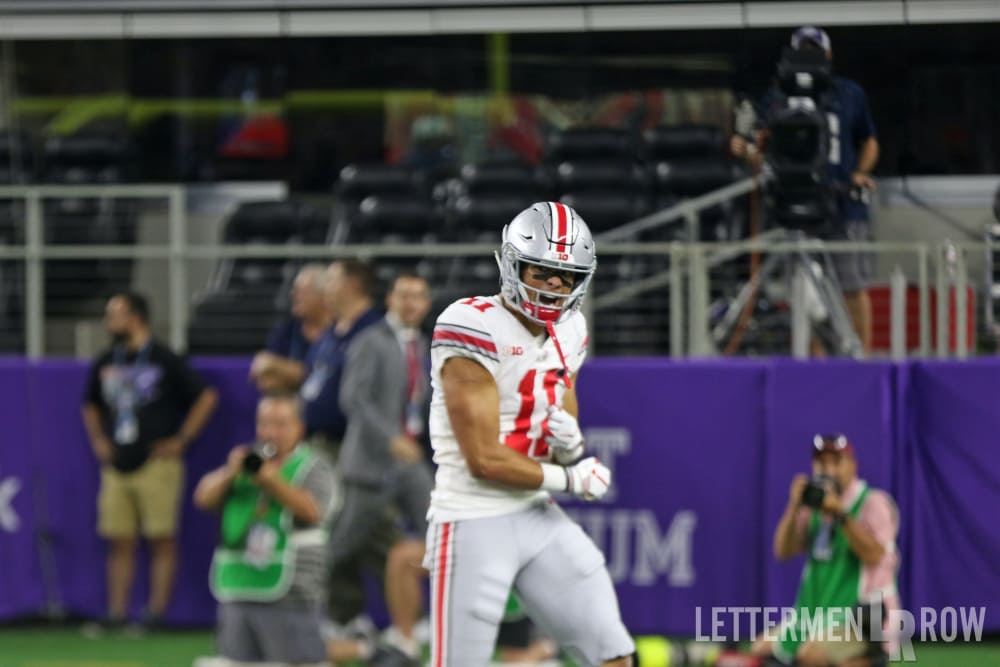 Ohio State stood by Austin Mack and was rewarded in the win over TCU. (Birm/Lettermen Row)

The one that put those struggles behind him wasn’t exactly a simple one, but Mack had the play and picked up a first-down conversion in the process. And all told, he would finish with four receptions for 84 yards despite dealing with those issues for nearly half of the game.

The Buckeyes helped Mack get through it, though, and that continued belief is significant when it comes to the confidence of a wide receiver. Former Ohio State standout Evan Spencer returned to the Lettermen Row film lab for a BuckIQ breakdown looking at Mack’s interesting night, both the sensational and the not-so-good stuff in the win over TCU. What did Spencer see in both respects, and how invaluable will those late chances to make up for the mistakes be moving forward?