COLUMBUS, Ohio — Urban Meyer had a head start of a couple months.

The new coach of the Buckeyes was already in Columbus, had finished up his first spring camp and was quickly building momentum for his vow to make the Great State of Ohio proud even before his first game in the Horseshoe. But I was hot on his trail to cover the journey.

Heading into that summer, my wife and I moved back to her hometown after I accepted a job at ESPN to come chronicle Ohio State and every move that Meyer would make as he tried to lead the program back to glory. It was the best decision Iâ€™ve ever made, and thatâ€™s only partly related to my career now that Lettermen Row will be my third spot on this endlessly entertaining, competitive beat.

Meyer wasnâ€™t lying about the passion of the fanbase that would be following his team, and Iâ€™m consistently amazed by all the scarlet and gray at road games or even at random bars in the Rockies in May.

He was spot-on about the intensity of The Game, something Iâ€™d never been exposed to in person before the 2012 version that right on cue produced a legendary image and capped an undefeated season.

I already knew that there was incredible potential with the partnership of Meyer and the brand of the Buckeyes to win at a ridiculously high level. But even this 73-8 run that Iâ€™ve witnessed from the start thanks to that timely arrival is sometimes hard to comprehend. 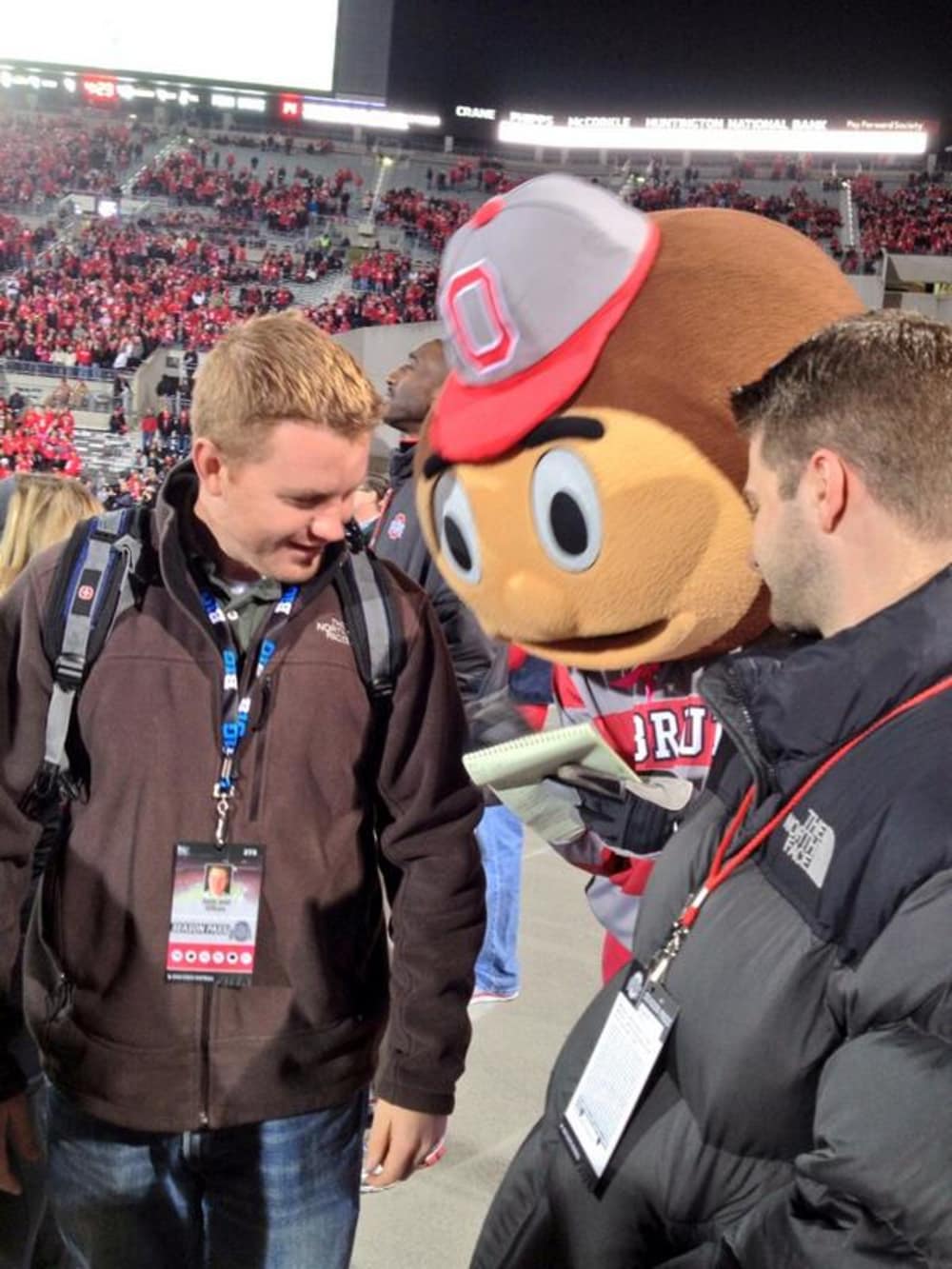 All of that has been fantastic professionally. But the most important development for me personally has been falling absolutely in love with Columbus itself, something I never really dreamed would happen when I was growing up in Wyoming or even considered on the day six years ago when the U-haul was driving up 315 past the Horseshoe.

This community feels like it was built just for me. The last year or so presented some opportunities to leave and at times it has been a struggle, no question about it. But Lettermen Row not only provides the chance to stay in a place that I love and keep doing what I love, itâ€™s designed to be as active around Columbus as the Ward family likes to be.

Maybe itâ€™s no coincidence that the craft-beer market has grown so exponentially since I arrived, but from A(ctual) to Z(aftig), Lettermen Row wants to be out at breweries and hopefully hosting events there with fans.

Like always, Iâ€™ll be at Crew games and tweeting about the Blue Jackets. Iâ€™ve progressively hid my fandom for the local teams less and less over the years, which is probably only natural as Iâ€™ve become more comfortable here and also not surprising since I put a deposit on season tickets down before we even had an apartment here.

I play one of the greatest games in the world at Columbus Curling Club. My daughter was born here. My closet is overflowing with Homage gear. (And if the worldâ€™s best T-shirt company wants to make our relationship a two-way street with a sponsorship, hit me up!)

And, obviously, Iâ€™m going to be at the Woody Hayes Athletic Center during the week and in Ohio Stadium or on the road during Saturdays in the fall. Lettermen Row is planning to dive into the resurgence of the basketball program as well, and I fully intend on providing the kind of all-access, in-depth features that Iâ€™ve always done to get Ohio State fans the insight they want and deserve.

Just about my only regret is showing up a couple months later than Meyer. But at least weâ€™re both home now.