COLUMBUS — Baron Browning doesn’t have to worry about which position suits him best at Ohio State anymore.

He doesn’t have to talk about the recruiting hype that accompanied the start of his career with the Buckeyes, and there’s no need at this point to rehash whatever happened to Browning and the rest of the linebackers over the last two years.

Browning got a clean slate with a new coaching staff, a new scheme and a workmanlike attitude that has him grinding as if he still hasn’t accomplished anything even after a strong four-game to his junior season. And that productive month just so happens to coincide neatly with the revitalization of the Ohio State defense as a whole as it heads to Nebraska for a Big Ten test on Saturday.

“I feel like it’s been good to have that [start], so you can just build that chemistry and get some momentum going for the tougher games later down the road,” Browning said. “I think we just need to approach practice how we’ve been approaching it. Control what we can control and treat every day like it’s a game. 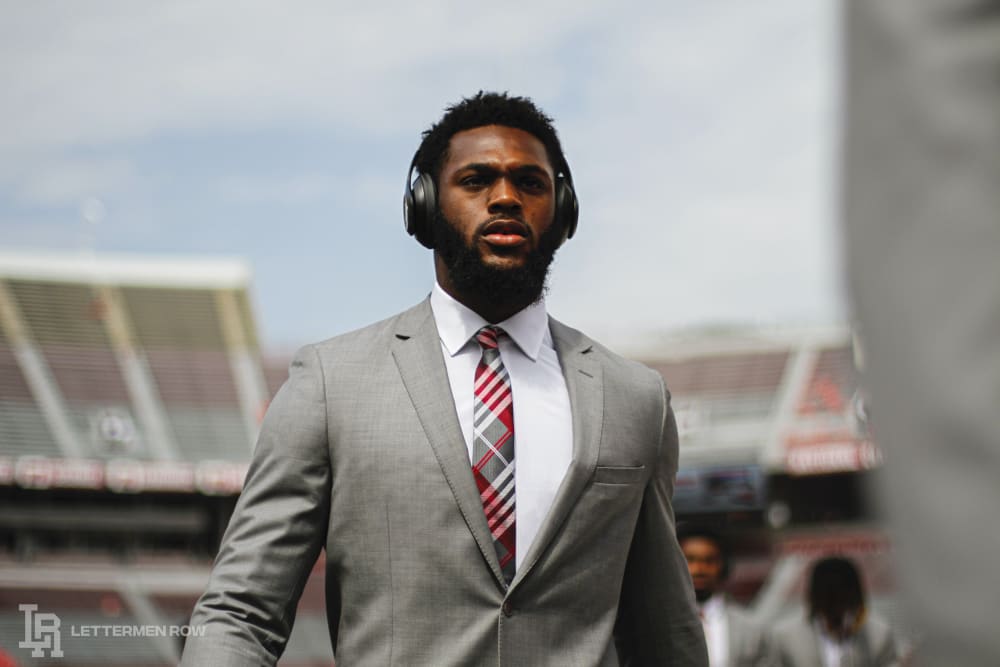 Ohio State linebacker Baron Browning has been on a mission this season for the Buckeyes. (Birm/Lettermen Row)

“We’ve just got to stack our chips and keep getting better.”

The Buckeyes are building a deep, imposing stack already this season, and Browning has been right in the middle of the action as a linebacker seemingly of playing any role the revamped system requires. Athleticism has obviously never been a question with the Texas native. But Ohio State seems to have finally figured out how to unleash it thanks to the arrival of new co-defensive coordinator Greg Mattison and linebackers coach Al Washington.

Despite not necessarily playing in a full-time capacity, Browning has already racked up 14 tackles for the Buckeyes — included three for a loss with a sack and a quarterback hurry thrown in for good measure. His ability to pursue the football with a rare blend of size and speed makes him useful against both traditional offenses and new-age spread attacks, with the latter going to be put to the test this week at Nebraska.

What has allowed Baron Browning to turn the corner for Ohio State? Where is there still room to improve? How much more could the junior linebacker play down the stretch for the Buckeyes? Former Ohio State linebacker Zach Boren was in the Lettermen Row film lab breaking it all down in the latest episode of BuckIQ.