COLUMBUS — Ryan Day’s commitment to recruiting Ohio is paying off.Â Ben Christman, a major priority for Day and the Buckeyes in the Class of 2021, announced his intention on Wednesday to stay home and offered a verbal commitment to the program.

Christman, a 6-foot-6, 300-pound, four-star lineman at Richfield Revere High School, is the state of Ohio’s second-ranked prospect behind fellow Buckeyes commitment Jack Sawyer. He provides Day with another major piece of what could be a monster in-state recruiting haul in 2021.

The instate product is the third-ranked offensive tackle in his class according toÂ 247Sports.com and picked Ohio State over early offers from Alabama, Clemson, Notre Dame, Georgia, Florida and nearly twenty others.

For the latest Buckeyes commitment, his decision was easy after landing the offer from Ohio State in February.

“It’s just the culture at Ohio State. It just felt like home and I trusted my heart and trusted my gut. This is home. Ohio State is home. Once I spent all that time [last Friday] with [offensive line coach Greg] Studrawa and Coach Day, I just knew this is where I wanted to be and I’m excited.” 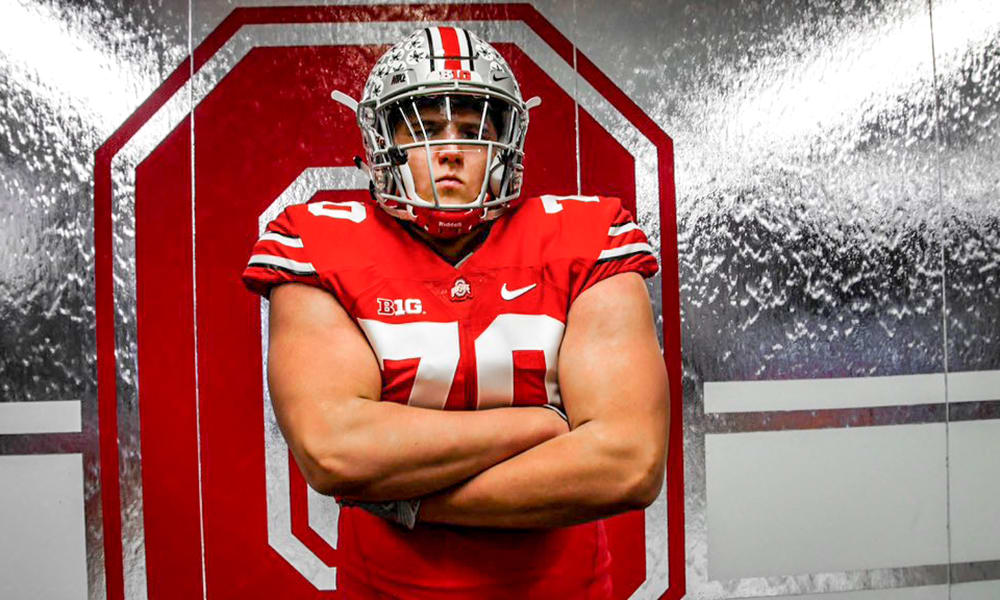 Ben Christman is excited to be joining the Buckeyes 2021 recruiting class. (Ben Christman/Courtesy)

Christman sees an early commitment as a way to help grow his class, and that’s one of the reasons why he wanted to make his decision now rather than continuing to take other visits.

“I’m just going to work my tail off these next two years, help my team win and get ready for college,” he said. “While I am doing that, I’m going to be recruiting a bunch of guys from the Midwest, across the country, really recruiting some good guys to come and wear the Scarlet and Gray. I’m excited.

“Jack Sawyer has made a group chat with [Sawyer, Christman, Jayden Ballard and Kyle McCord] and a bunch of other guys he’s focused on. We’re going to add more people. You’ve got to recruit. We’re trying to build the number one class in the nation.”

With the addition of Christman, the Buckeyes now have four commitments in the Class of 2021, good for the country’s third-ranked class and the Big Ten’s top-ranked class very early in the process.