COLUMBUS — The dreams for a perfect season for one of the most talented Ohio State rosters ever assembled have been dashed.

The nightmare scenario has arrived for college football, with the Big Ten officially electing to delay all games on Tuesday while holding out some hope it could potentially play in the spring — a decision that multiple sources at Ohio State believe is untenable.

National college football reporter Pete Thamel first reported the move on Tuesday, and it was confirmed by Lettermen Row sources.

There are still far more questions than answers about where the sport will go from here. But at a minimum it is now clear there will be no football played in the Big Ten until next year, and even that continues to present challenges given the immense challenges that would be posed in that format.

So, an edition of the Buckeyes that was embracing its sky-high potential, was expected to give the program a fourth consecutive conference championship and was projected as a surefire College Football Playoff contender will instead not have the chance to achieve any of that. The coaching staff, players and their families all made passionate, public pleas to let them play this season while acknowledging the risk, though the concerns at the highest level of university administrations around the league eventually tipped the scales during the ongoing global pandemic.

â€œI feel pretty strongly about this, and if the question didnâ€™t come up, then I was going to say it at the end anyway,â€ Ohio State captain Josh Myers said during a teleconference on Tuesday. â€œI think my level of comfort in our safety is really high. Thereâ€™s nothing more than our coaches and trainers and staff at Ohio State can do to keep us safe. I canâ€™t say enough about what theyâ€™re doing, and I would say that my level of concern of safety is small â€” Iâ€™m not concerned. 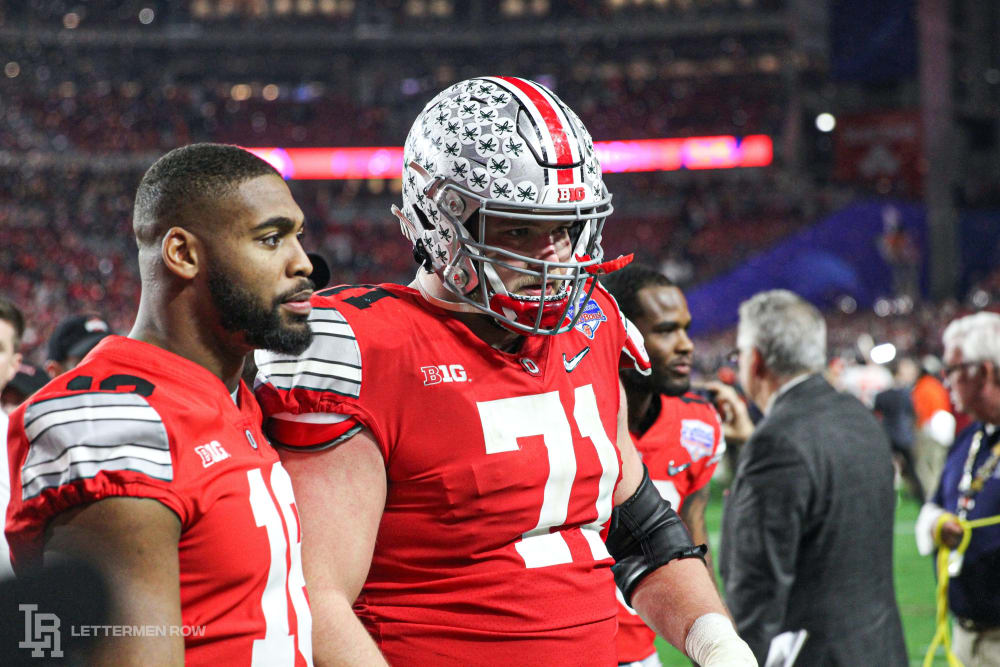 Ohio State captain Josh Myers made a passionate plea to have a season this year. (Birm/Lettermen Row)

â€œI personally am confident that weâ€™re going to have a season, and I really wanted to say that with restaurants being open, bars open, other places that are open where people have the freedom to do the things they want to do â€” which really are probably minuscule in the importance of their lives â€” I just feel like if people our age can do those types of things, then I strongly feel like that if I want to, I should have the choice to play a college football season. I feel like itâ€™s even a safer environment being around my teammates and in the facility and staying where itâ€™s clean and safe. I think thatâ€™s a safer environment than being anywhere else and going to restaurants and things like that. So, I just wanted to voice my opinion on that. I strongly, strongly believe that. I have all the faith in the world in our coaches and trainers that theyâ€™ll keep us safe all the way through this thing.â€

The faith from the Buckeyes wasn’t enough, though clearly there continues to be recognition from Big Ten presidents that the fallout from a full-scale cancellation has the potential to be absolutely devastating to athletic departments around the country.

At the moment it remains hard to know exactly what the future will hold. But the Big Ten is pulling the plug now, and it now faces even more difficult questions after one brutal decision.

This is a developing story, and Lettermen Row will have continuous coverage as more information becomes available from both Ohio State and the Big Ten.