COLUMBUS — After a four-game slide to end the regular season, the Buckeyes open the Big Ten Tournament on Thursday at Lucas Oil Stadium in Indianapolis.

Ohio State finished 12-8 in Big Ten play, good enough to earn a first-round bye and the No. 5 seed in the conference tournament. The Buckeyes will play the winner of Wednesday night’s Minnesota-Northwestern game on Thursday afternoon, 25 minutes after the conclusion of the Michigan State-Maryland game at 11:30 a.m.

The top four seeds — No. 1 Michigan, No. 2 Illinois, No. 3 Iowa and No. 4 Purdue — all secured double byes to the quarterfinals. 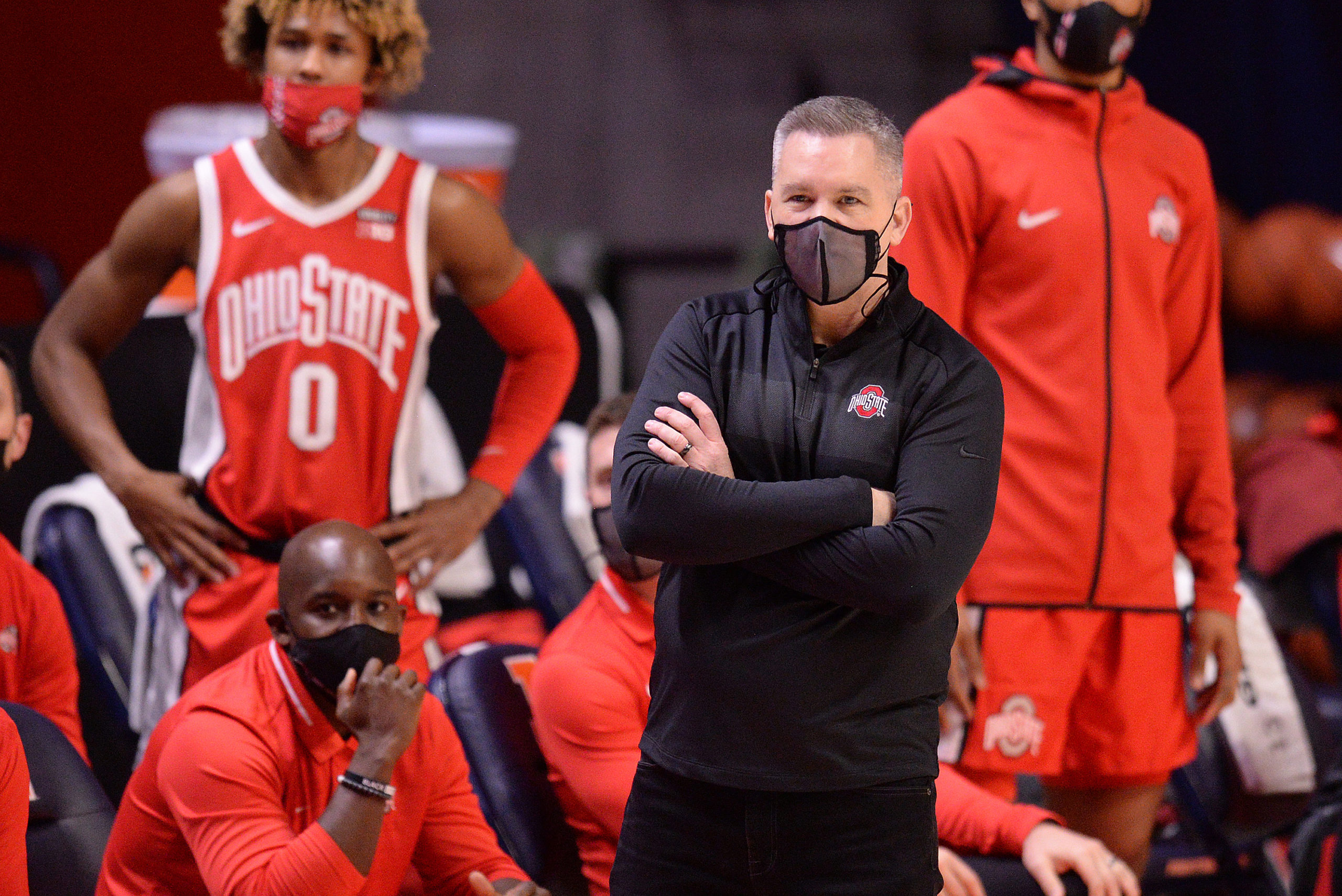 Sunday’s title game is set for 3:30 p.m. with the NCAA Tournament Selection Show at 6 p.m.Â The Big Ten Network will televise all games through the quarterfinals, with CBS broadcasting the semifinals and championship game.

The Big Ten athletic directors and the Council of President and Chancellors, in accordance with the league, announced last week that Lucas Oil Stadium will be allowed to admit 8,000 fans..

Check out the full Big Ten Tournament schedule below:

No. 5 Ohio State vs. Northwestern/Minnesota, 25 minutes after Game 1 (BTN)

No. 6 Wisconsin vs. Penn State/Nebraska, 25 minutes after Game 3 (BTN)

No. 4 Purdue vs. Ohio State/Northwestern/Minnesota, 25 minutes after Game 1 (BTN)