Ohio State football recruiting can be a wild ride full of twists and turns as recruits from all over the country maneuver their way to signing day. Lettermen Row is here to help navigate the tumultuous roads by getting to the heart of the matter with the young football players and Ohio State coaches and staff members themselves. Today we’re joined by Ohio State offensive line target Blake Miller, an early offer in the Class of 2022.

It’s not easy for an Ohio born prospect to hold back when an Ohio State offer comes.

That is especially true when that offer comes as early as it did for Strongsville offensive lineman Blake Miller.

A 6-foot-6, 300-pound lineman, Miller added his scholarship off from the Buckeyes this past spring, months ahead of the beginning of his junior year of high school. The reasons for that are obvious when the highlight tape is played, too. Big, strong and physical, Miller’s barely begun to scratch the ceiling of his potential and the Buckeyes noticed that early, bringing the talented lineman onto campus multiple more than a year ago. 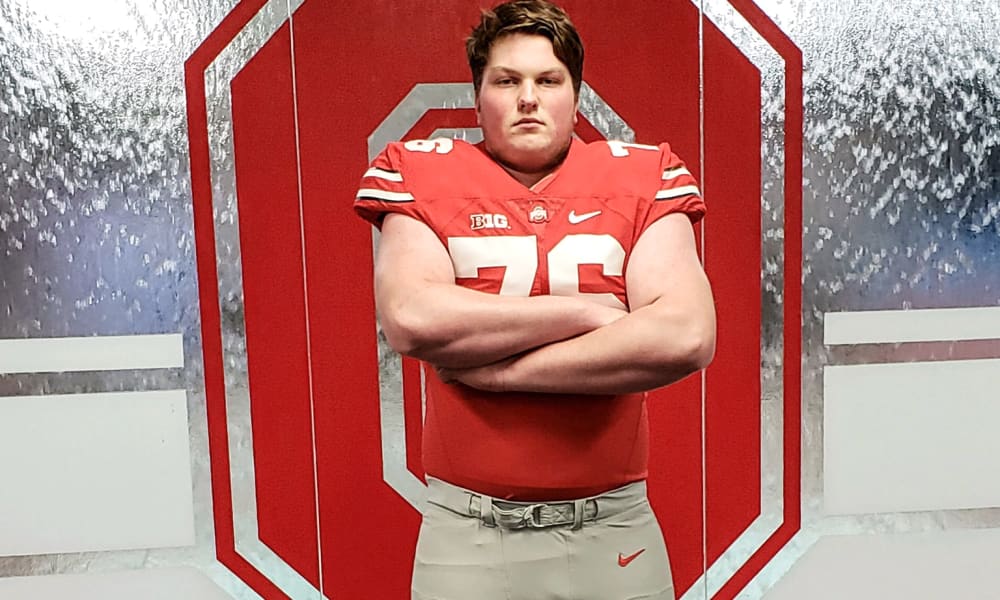 â€œIâ€™ve gone to and seen three practices now,â€ Miller told Lettermen Row about those visits. â€œThe main thing the coaches are telling me is that they like my film and they think I have a lot of potential.â€

Now that potential is coming into view and major college programs around the country are seeing it. Ohio State, Michigan and Clemson have all offered and are among the programs that Ohio’s No. 9-ranked prospect says he’s closest with right now. Though theÂ 247Sports.com crystal ball predictions are all in the Buckeyes direction, Miller says that he’s in no hurry to make a decision anytime soon.

What are the key components of his recruitment from here? Which former Ohio State target is helping him on the field and in breaking down his options? How important are the bonds being formed with Ohio State commitments to Blake Miller?