COLUMBUS â€” It doesn’t happen often to Ohio State, but Brenan Vernon isn’t like everyone else.

The 5-star 2023 defensive end from Mentor (Ohio) High School, announced his college choice on Tuesday night. He’s picked Notre Dame over Ohio State, Alabama and others. The No. 2-ranked player in Ohio’s 2023 class, Vernon was glowing when he talked about the relationship he’d build with the Irish at a recent Buckeyes one-day recruiting camp. That day’s visit with Ohio State caused a little bit of confusion for the 6-foot-5, 240-pound Vernon, who had been blown away by his first visit to Notre Dame earlier in June.

“Today is going to make things ten times harder,” he told Lettermen Row at the time.

A second visit to South Bend, and a weekend visit with the Irish, apparently cleared up any uncertainty.

“Theyâ€™re all so different, they all hold their own value,” he said. “And I have some own personal things that I need.â€ 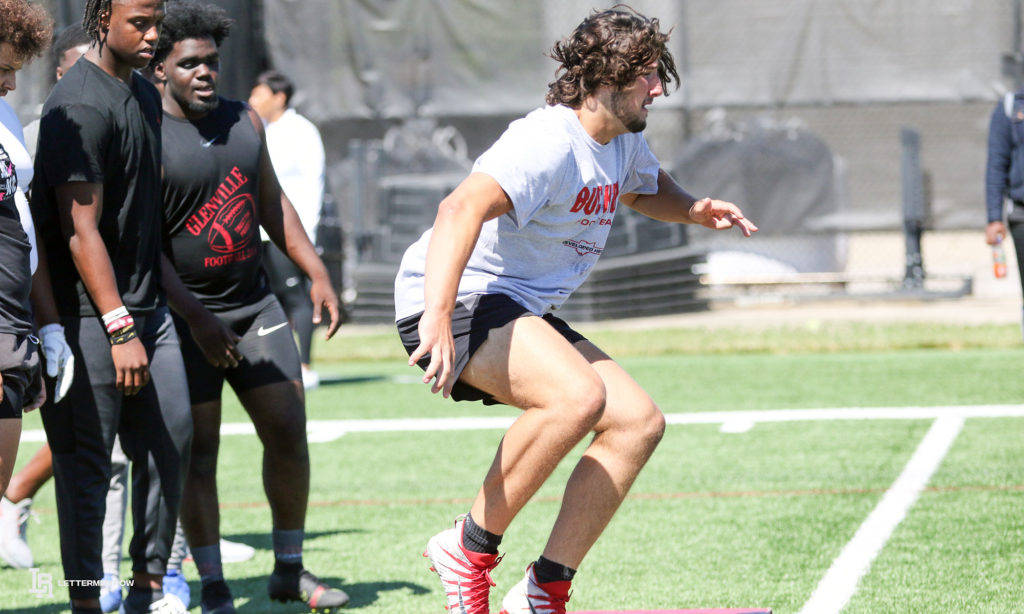 Those personal things may have been the difference, especially with Notre Dame defensive coordinator Marcus Freeman. He was a major piece of the recruiting push by the Irish and he, along with defensive line coach Mike Elston, made the decision a comfortable one.

The loss of Brenan Vernon adds intrigue to what’s become a very intriguing Ohio State and Notre Dame recruiting rivalry. The Irish are pushing hard for Ohio’s top-ranked rising-junior and Buckeyes legacy Sonny Styles as well as highly-ranked offensive line prospects Luke Montgomery and Josh Padilla. Vernon isn’t likely to be a vocal, in-your-face recruiter for Brian Kelly’s program, but will no doubt try and influence Styles et al to join him in South Bend.

Ohio State doesn’t yet have a 2023 commitment. Losing Brenan Vernon stings, but the Buckeyes remain in excellent shape for players like Matayo Uiagelelei, Derrick LeBlanc, David Hicks, Gabriel Harris and a handful of others in that class.