COLUMBUS — Brenan Vernon knows he is a highly-rated prospect.

He understands how many schools are recruiting him and what he could do for a class, no matter which school he chooses.

But he also has plenty he wants to work on. The 6-foot-5 defensive end from in-state Mentor High School missed most of his sophomore season with an injury and is just now getting healthy. Vernon wasn’t at his best during the Under Armour Camp when he was still battling the lingering injury in April. He knows that.

Vernon seemingly put those April issues to bed with an impressive camp performance at Ohio State on Tuesday morning, drawing praise during drill work from legendary defensive line coach Larry Johnson. But the 2023 five-star prospect certainly isn’t a finished product — on or off the field.

“But I’m going to give it my all no matter what I’m doing.”

Ohio State has been recruiting Vernon since his freshman season, when the Buckeyes offered him. And as he gets healthier and better, his recruitment is now gaining steam. The Buckeyes seem to be locked in a battle with Notre Dame and Alabama, the usual suspects of elite schools competing with Ohio State, for Vernon’s pledge. 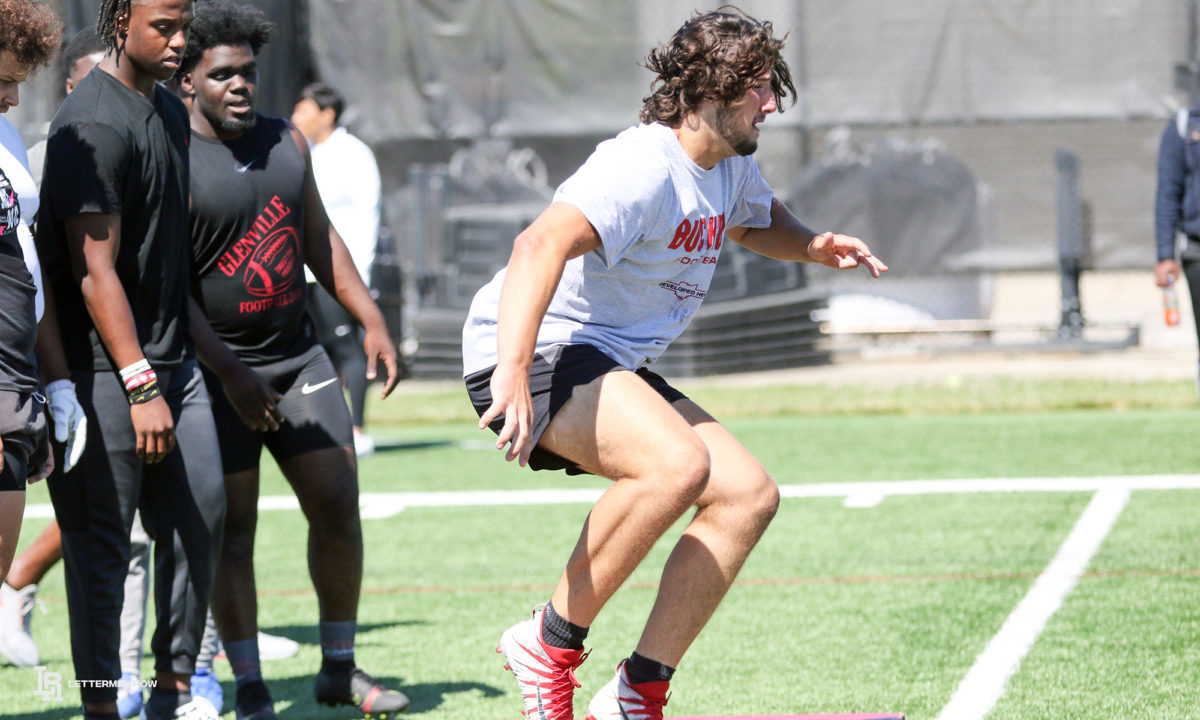 He won’t rush a commitment, and he’s going to make sure he finds the right fit for himself over any other factors.

“It’s tough to say,” Vernon said. “I just I got to get out, you know, see what these campuses, you know, hold for themselves. And, you know, like I said, they’re all so different, they all hold their own value. And I have some own personal things that I need.”

Vernon has the Buckeyes near the top of his recruitment; that won’t change. Ohio State defensive line coach Larry Johnson is playing a factor in his recruitment. But Vernon is looking for a fit in every aspect, not just football. If the Buckeyes are a fit, Vernon will commit.

If he doesn’t feel a fit in Columbus, the Buckeyes could be on the outside of his recruitment. Ohio State is not a dream school for Vernon. That won’t exist until he finds where he fits.

“But it’s not exactly a dream, the dream for me is finding the place that’s best for myself.”

One of the highest-rated players from the state of Ohio in 2023, Vernon isn’t worried about his ranking or his slot among elite recruits.

All he cares about is getting better and finding a school at which he fits. That’s how Brenan Vernon is evaluating his recruitment, and that won’t change.

“That’s hard to say, you know,” Vernon said. “In my opinion, I’ll just know. It’ll just hit, it’ll click with me. And I’ll just know exactly what I want when I see it.”