The speculation, debate and conversations about Ohio State never end, and Lettermen Row is always ready to dive into the discussions. All week long, senior writer Austin Ward will field topics on Ryan Day and the Buckeyes submitted by readers and break down anything that’s on the minds of the Best Damn Fans in the Land. Have a question that needs to be tackled, like the one today about Brian Hartline? Send it in right here — and check back daily for the answers.

The coaching market can certainly change in a hurry, and few programs know that any better than Ohio State. Two years ago, Ryan Day was a relatively unknown commodity when he arrived to help energize the offense — now he’s the successor to Urban Meyer. Just last summer, Brian Hartline was in a supporting role with the wide receivers before spending the season proving he should have an interim tag removed — now he’s one of the program’s most important staff members and potentially somebody who will be targeted for roles elsewhere.

So, how long can the Buckeyes keep the wide receivers coach at his alma mater? Long-term predictions can be dicey in that profession because of how quickly the winds can change, but Hartline isn’t likely to be going anywhere soon even as his star rises. There are a variety of reasons for that for both parties, but everything starts with Hartline’s comfort and development alongside Ohio State’s desire to keep him home.

There may come a point where it takes some creativity with titles or consistent bumps with his salary. But it’s also important to keep in mind that Hartline has only been a full-time coach now for a year, which makes the huge leap from position coach to running his own program extremely unlikely in the short run. Hartline hasn’t even coordinated an offense or been a play-caller yet after transitioning from a productive NFL career, so he’s got a couple years and rungs on the ladder ahead of him. 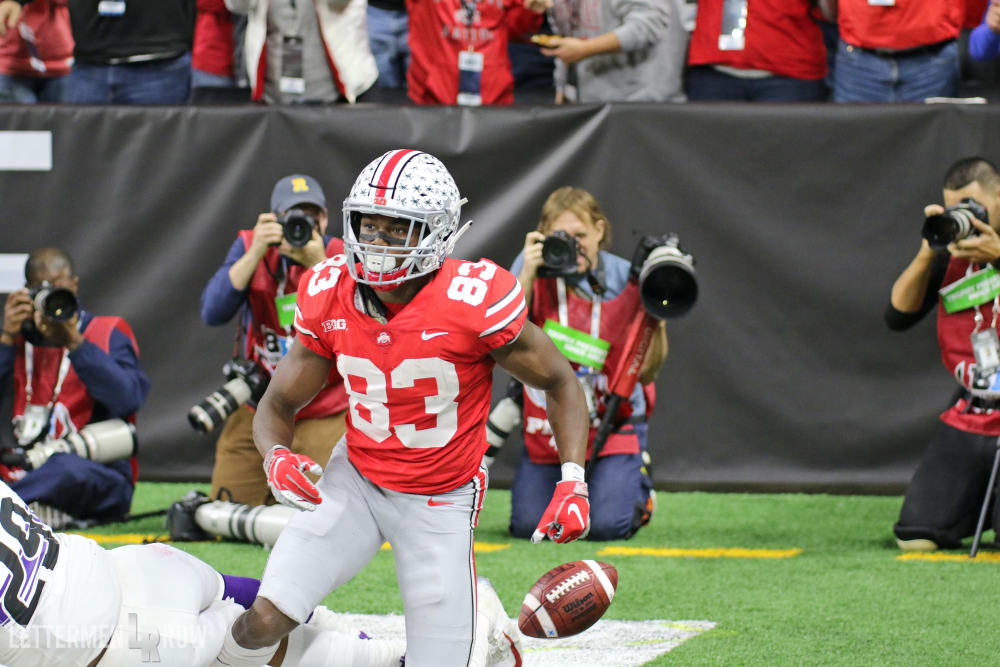 Just on the Ohio State staff right now there are guys like Mike Yurcich and Kevin Wilson ahead of him, although that won’t stay that way forever. Yurcich doesn’t exactly hide from the fact that his goal is to be a head coach, and given Wilson’s experience and success having already done that, it’s a matter of time before another program gives him a shot again. Those moves over the next season or two would then open the door for Hartline to take the next step in his coaching career — and from there it would become an annual discussion about his future prospects if he continues to have the same success he did with the wide receivers in his debut season.

It’s certainly early and probably premature to be looking that far ahead with Hartline. He’s only been doing the job for a year. And while every member of Zone 6 was quick to point to his impact, it obviously helped that Hartline had Parris Campbell, Terry McLaurin and Johnnie Dixon on hand to lead the way both on the field and off.

Hartline has also quickly impressed as a recruiter after there were initial questions about how he would handle that responsibility, erasing any reason for concern about his commitment to a college job after years in the professional ranks as a player. But Year Two with Ohio State figures to be much more telling about his ability as he replaces those talented veterans, works to develop touted freshmen Garrett Wilson and Jameson Williams and looks to add to the pipeline by chasing the best recruits in the nation.

So far, there has been no reason whatsoever to doubt Brian Hartline. Eventually that might make it hard for Ohio State to hold on to him, but that’s not a problem it should have to worry about anytime soon.