The sophomore earned that reputation last year when he blocked a punt and had two touchdowns against Michigan.

He showed off more than one of his tools again Saturday at Memorial Stadium, when he ran a crisp route to get open for a 37-yard touchdown grab and blocked a punt for a safety, all within 90 seconds on the game clock.

Did those two plays define the 51-10 final score? Probably not. They also didn’t decide victory for the Buckeyes, but it sure is nice for Ryan Day and the Ohio State staff to have a do-it-all playmaker such as Olave on the field.

“I just do whatever’s best for the team,” Olave said. “We have three seniors that are capable of [making plays], and Garrett Wilson, Jaylen Harris, a room full of receivers who are able to be that guy. We just try to do what’s best for the team and hopefully get a win.”

So far, Olave has been a leader for the Buckeyes wide receivers. His 70 yards receiving led the team, and he’s developing good chemistry with quarterback Justin Fields.

Although Fields missed Olave on another deep ball that would’ve given him his first career 100-yard receiving game, the duo are set to haunt Big Ten secondaries for the next two seasons. For Day and the Buckeyes, Ovale’s play isn’t the only impressive aspect.

If MVPs were handed out for noon kickoffs in September, Olave may have been a nominee. As always, Lettermen Row has some Buckeye Leaves to hand out for Ohio State and its dominant win, and Olave certainly earned one. 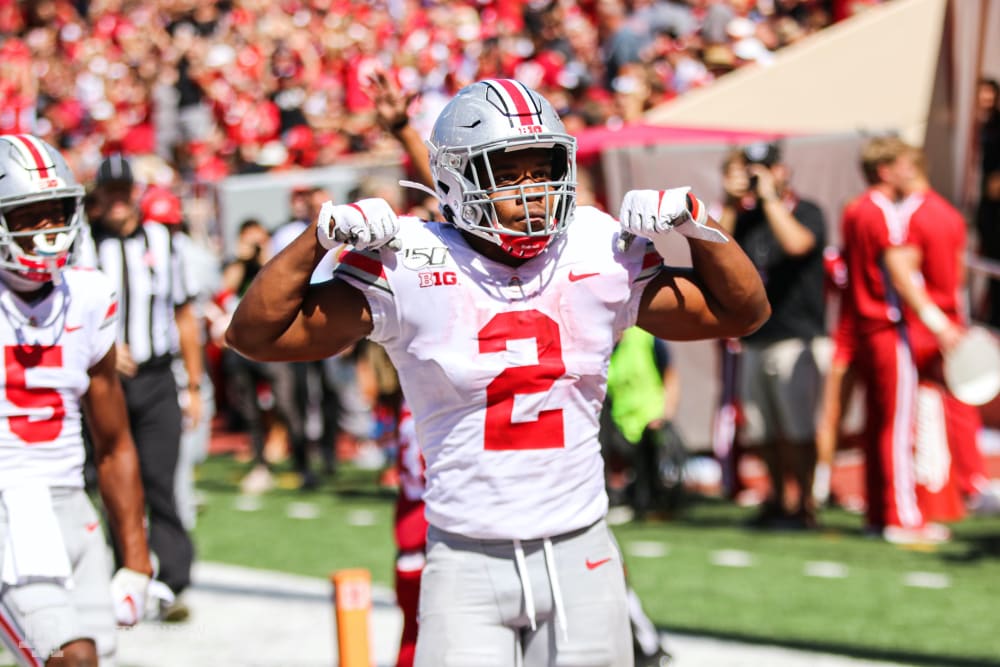 Ohio State running back J.K. Dobbins showed why he’s the best running back in the Big Ten. (Birm/Lettermen Row)

J.K. Dobbins loves Indiana’s Memorial Stadium. The site of his college football debut, Memorial Stadium has hosted two of Dobbins’ most impressive performances. His 193 yards rushing, 14 yards receiving and two total touchdowns showed the rest of the Big Ten that he’s much better than his play last season — and he’s only getting started. In his last two games, Dobbins has 334 yards rushing and four total touchdowns. If the Buckeyes can get that production out of Dobbins through the Big Ten season, they’ll have a spot in Indianapolis in December. 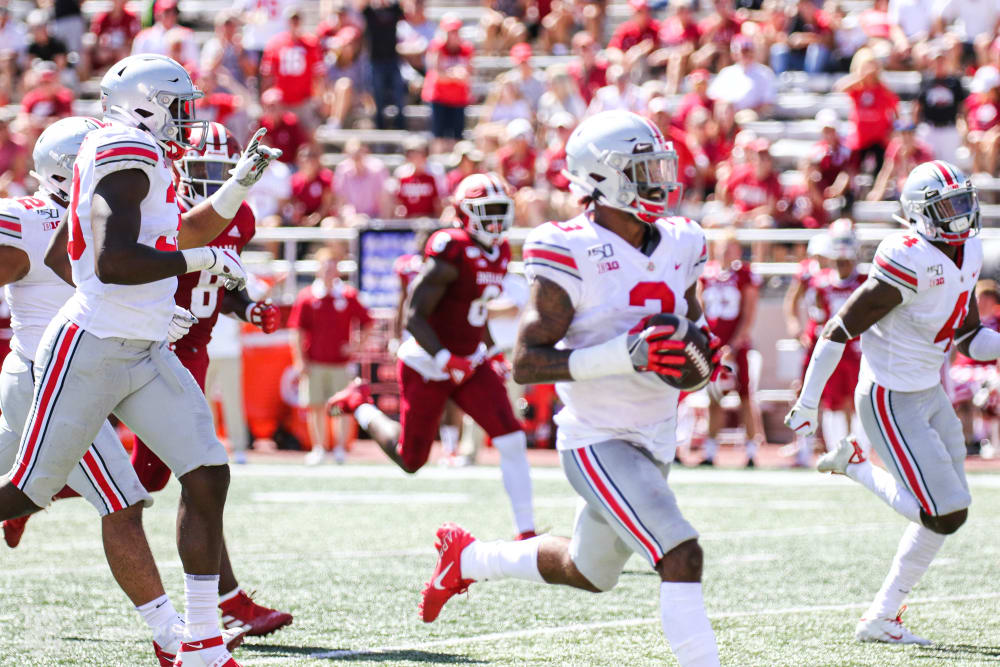 Revisit words said about Damon Arnette last season. Arnette was the target of Ohio State’s defensive frustration last year, and now, he’s proving a lot of folks wrong. Arnette was everywhere for the Ohio State defense Saturday. Two tackles. Two pass break-ups. An interception he returned 96 yards — the fifth longest interception return in Ohio State history — for a touchdown. His big day was a huge step forward in the process of burying last season and moving on. Arnette seems to have a lot of confidence. With Jeff Okudah on the opposite side of the field, where do opposing quarterbacks throw? 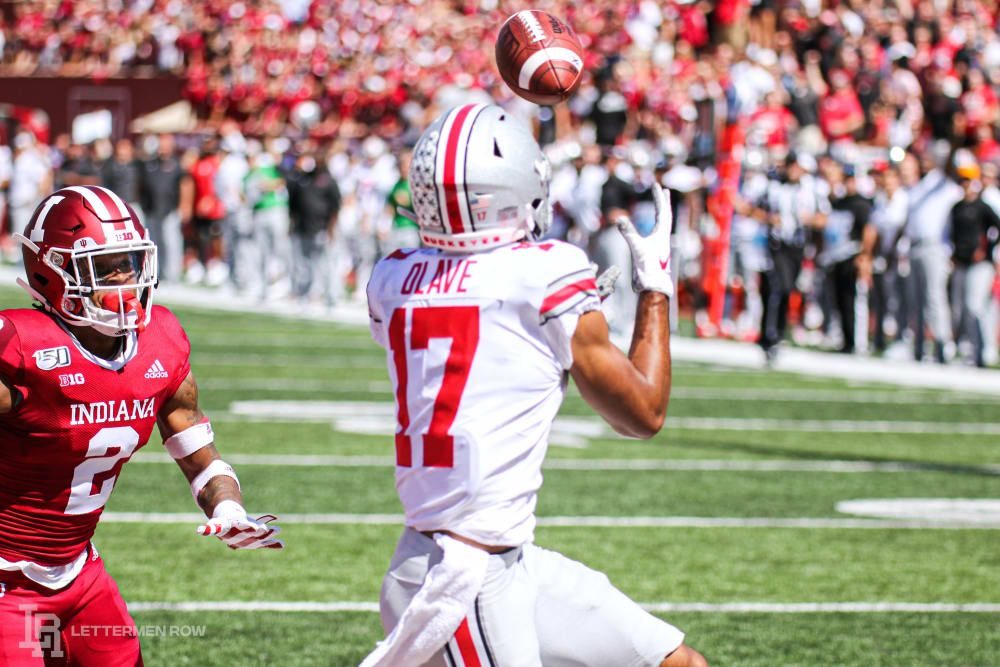 Olave made some impressive plays on offense, including a touchdown grab and some nifty footwork on the sideline for another catch. But Olave continues to cut his teeth on special teams. In the second quarter, Olave had a free rush on the Indiana punter, extended and blocked his second career punt. The ball squirted out of the back of the end zone to give the Buckeyes a safety. The safety came less than 90 seconds after Olave’s touchdown catch. He may be the best receiving option Ohio State has, but he’s also a weapon on special teams.