COLUMBUS â€” Tuf Borland could just come out and respond to every piece of criticism about him last season. The Ohio State linebacker and captain knows that wouldn’t do any good, though.

So instead, Borland just continues to let what he does on the field show why he not only played for last year’s coaching staff, but also the one that has revamped the entire defense and made the Buckeyes the best in the country.

Borland has been a huge part of the Ohio State rush defense that hasn’t allowed a single 100-yard rusher all season, and against Maryland, there was more of the same. Terrapins back Anthony McFarland, who ran for 298 yards on the same defenders a year ago, was held to seven yards on six carries. The Terrapins had 62 yards as a team. And Borland, along with the other linebackers in the middle, was a huge part of that.

Maybe the biggest aspect of Borland’s game that is rarely seen or understood is leadership. The Buckeyes could have played down to a terrible Maryland team, especially after the events surrounding Chase Young happened throughout the day Friday. Instead, they came out with something to prove in Ohio Stadium despite being a six-touchdown favorite. Borland made sure they were focused defensively even in warmups, when he gave an impassioned speech to the linebackers and secondary on their way out of the tunnel.

Then, of course, he did what he always does without hesitation: He shut up and played, and he played like an all-conference linebacker.

That’s what Borland does.

He doesn’t need to respond to the cries for his benching last season, all offseason and even into this season. Because after nine games of keeping quiet and playing with the clichÃ©d chip on his shoulder, his stat line against Maryland is proof enough that Borland deserves all the playing time he gets. It’s not just playing time, but big plays in that time that help the Buckeyes get off the field quickly.

If he wanted to, he could respond. But nobody will ever hear Borland say a word about the critics that have been around since Anthony McFarland’s last touchdown run against Ohio State. Nearly a year ago.

Borland had a stellar performance for the Buckeyes, but he wasn’t alone. Lettermen Row has a few more honors to hand out for Ohio State players who impressed in the dominant win over Maryland. 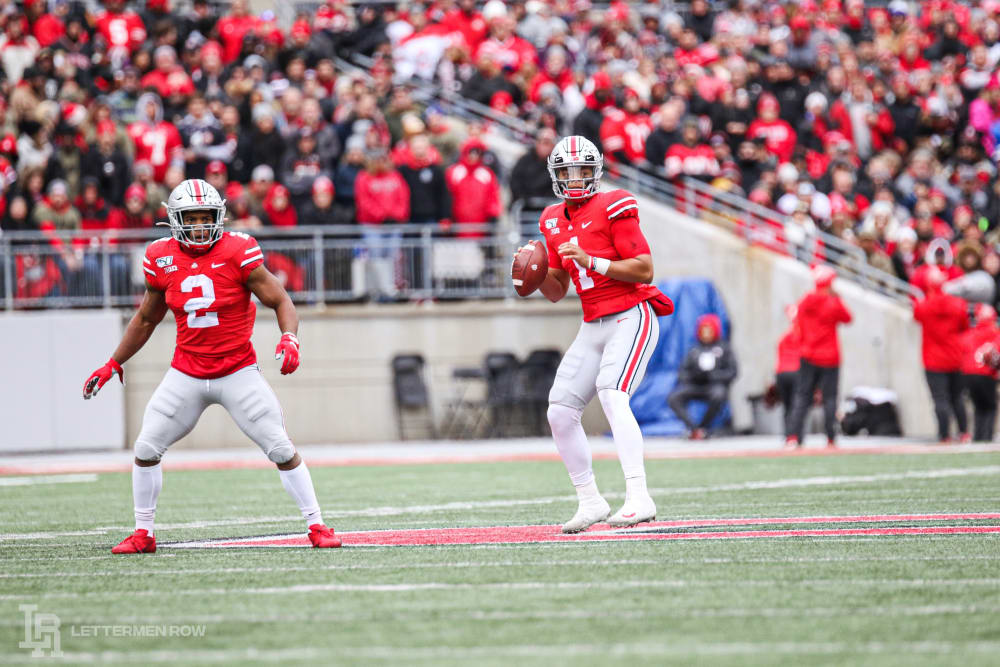 Justin Fields continues to make plays that beef up his case to be a Heisman finalist. It was obvious from the beginning of the game that Ryan Day and the offensive coaching staff wanted to throw on the Maryland secondary, and the Buckeyes certainly did that. Fields finished the day — he was done after the first half — completing 16 of 25 attempts for 200 passing yards and three touchdowns. He also carried the ball five times for 28 yards and a score. If Fields puts up big numbers next week against Rutgers in the limited time he is likely to play, he will enter the final two games of the regular season squarely in the Heisman race. 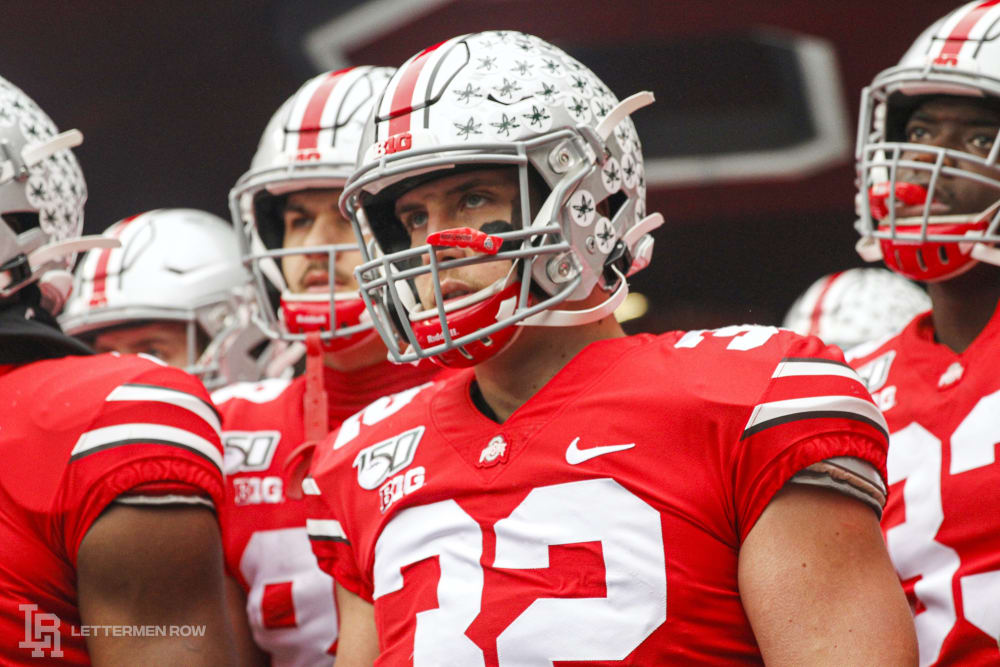 Ohio State linebacker Tuf Borland was dominant in the first half for the Buckeyes. (Birm/Lettermen Row)

Tuf Borland just continues to silence those who ridiculed him last season. He entered the game with 24 tackles, two tackles for loss and an interception, and he might have played his best football of the year in the first half against Maryland. Borland finished the first half with a team-leading five tackles and a sack. His ability to stuff the Maryland rushing attack that destroyed the Buckeyes front seven a year ago can’t go unnoticed. Borland is playing the best football of his career as the Buckeyes continue on a path to another Big Ten title and possibly more. And the play of Borland is a huge part of the success in the run defense. 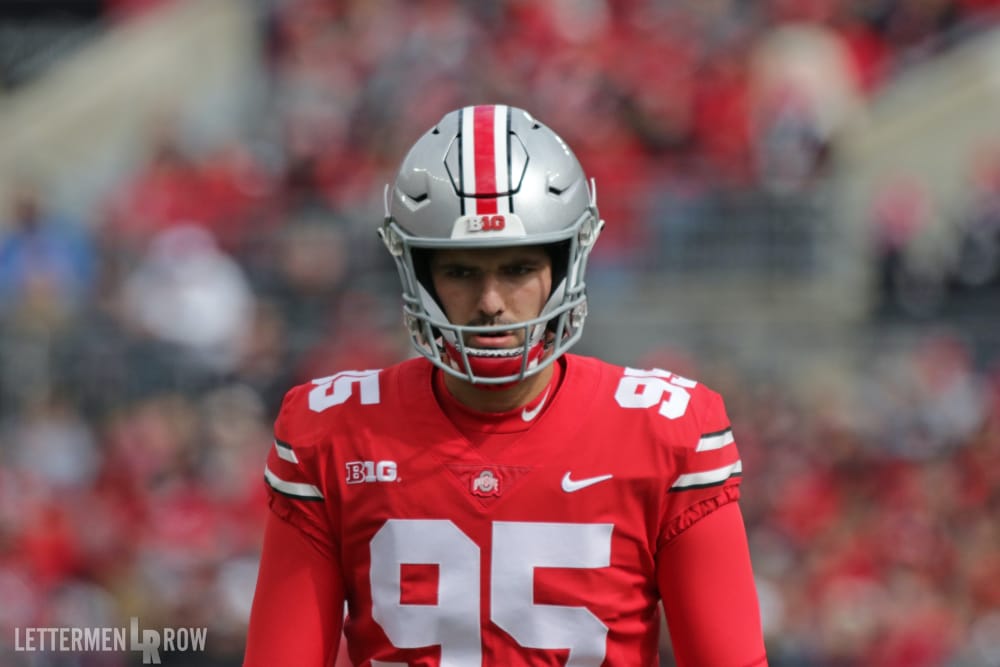 Haubeil showed just how accurate he can be with his leg. While drilling all of his extra points is to be expected, dropping a surprise onside kick right into the hands of Chris Olave, who was streaking down the right sideline, was not. That’s what Haubeil did, though. Already up 14-0, the coaching staff called the onside kick to the right side in a section of the field that wasn’t covered by Maryland. Olave, the outside man in the formation, took off and caught Haubeil’s beautiful pooch kick to give the Buckeyes good field position. They ultimately scored another touchdown on the ensuing drive.