COLUMBUS — Ohio State assembled so much depth on the offensive line, it was always going to be difficult to keep it all.

The Buckeyes lost one talented reserve option on Friday with Max Wray officially entering the transfer portal, ending a career with the program that briefly showed flashes of his potential at tackle.

The former four-star, top-100 recruit out of Tennessee spent most of his tenure with the Buckeyes as a reserve option. But Ohio State needed him in a key spot last year at Michigan State thanks to COVID issues that left the offensive line without both starters and a couple backups, thrusting Wray unexpectedly into a critical role for the Big Ten champions.

Wray answered the bell, handled himself well on the edge and wound up earning a Champion gradeÂ for his work in the blowout win over the Spartans on the way to a fourth-consecutive conference title for Ohio State. 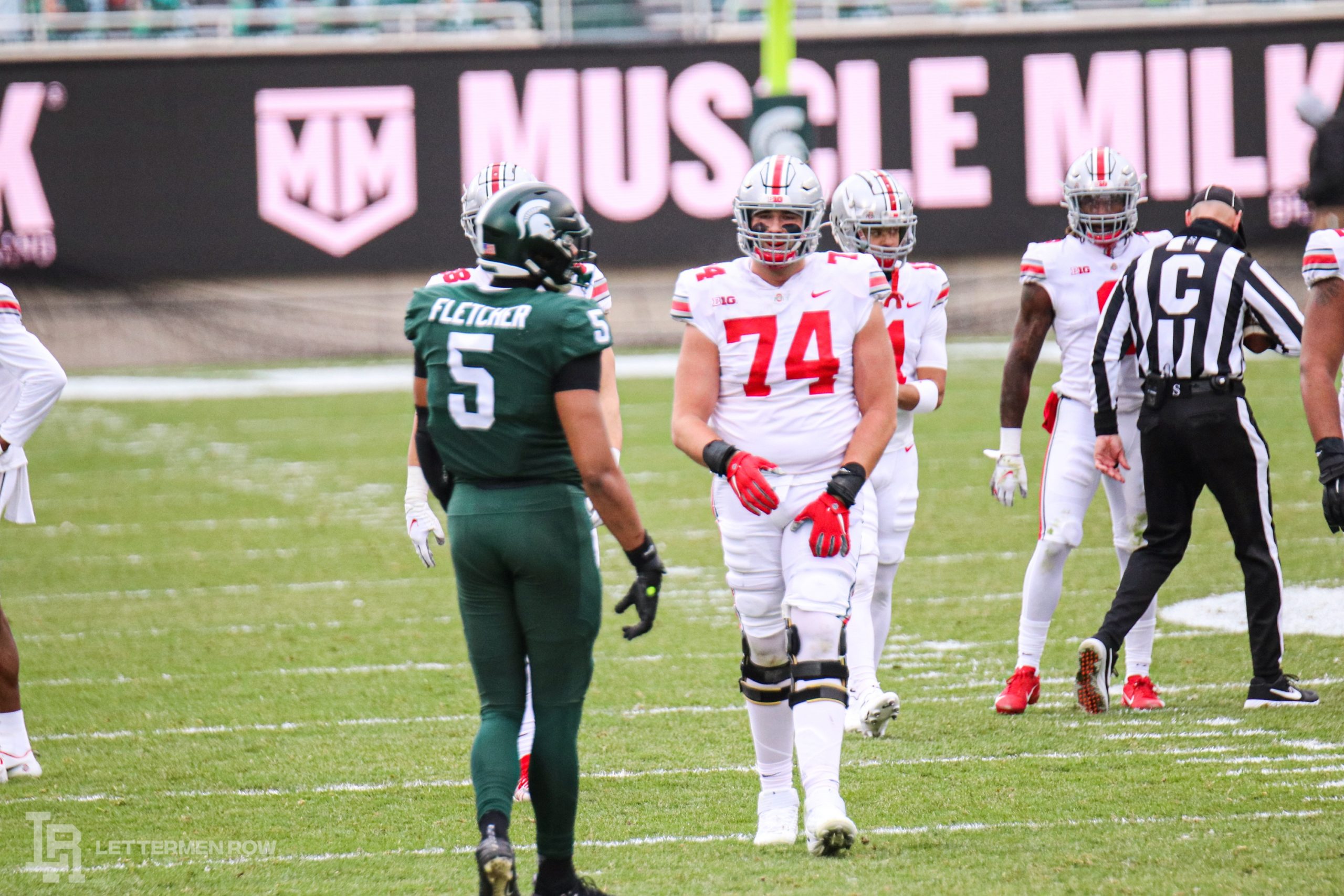 “That [depth] showed at Michigan State last year,” Ohio State offensive line coach Greg Studrawa said this week. “We lost those guys the night before the game. We didnâ€™t lose them the week before the game, so for those kids to jump in there and play like that against a defense like that is a testament to what weâ€™ve done. Those kids were ready to go

“It wasnâ€™t tested and proven to that point. But that now gives those guys confidence when their number is called â€” or how about: What if I just go challenge this guy? Thayer Munford is pretty good, but what if I go beat him out?Â Now thatâ€™s in that room, and when you go to practice you better be at your best. If youâ€™re not, the other guy is very capable of doing the job as well. Thatâ€™s the way it should be.”

Max Wray helped push those guys at tackle for the last few years, but he was running out of time to make more of an on-field impact with the Buckeyes given the stockpile of talent now on hand.

Wray made the most of his one good shot at Ohio State. And now he appears ready to look for a spot where the opportunities might come more frequently.