COLUMBUS — There is no uncertainty inside the walls at Ohio State.

Tuf Borland is almost a virtual lock to become a three-time captain. The veteran is trusted implicitly by the coaching staff. Ask strength coach Mickey Marotti who sets the tone in offseason workouts and a guy who is normally stingy with praise with sing it long and loud for Borland.

The Buckeyes are aware that occasionally there will be critics from outside the program for the linebacker in the middle of their defense. They just have a hard time figuring out why it exists.

“[Borland] played his tail off,” Ohio State linebackers coach Al Washington said. “He was instrumental to us and our success. Incredibly instrumental. He was one of the anchors. You talk about trust? I mean, I trust him — dare I say it — with my life. Out there on the field, I trust him tremendously. He played well, and he’s also a guy who will tell you there are things to work on, and he’s getting better. 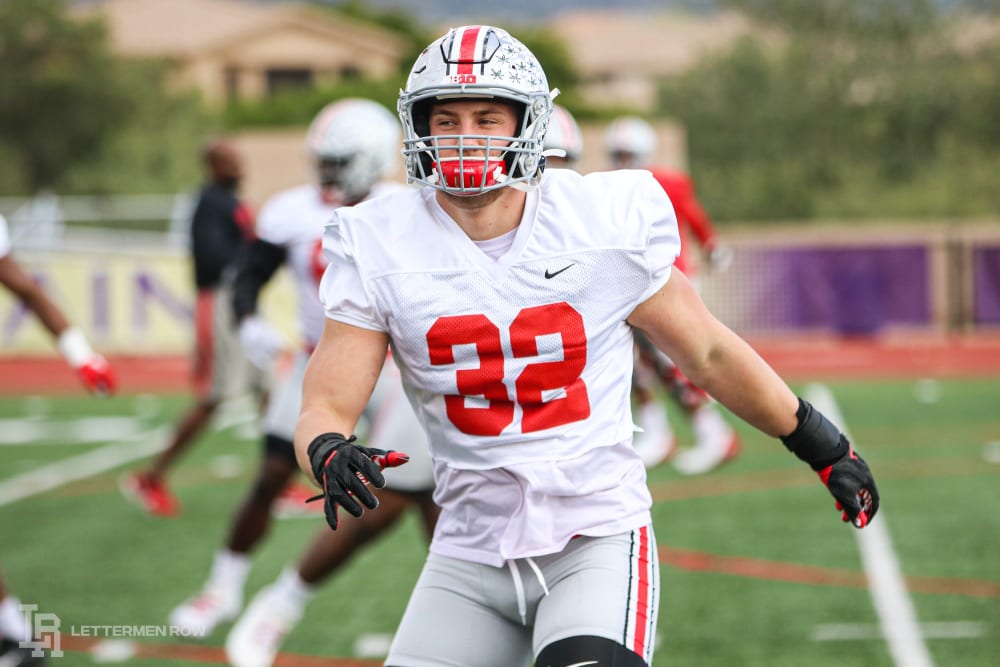 “He’s an adult, he’s very mature — it’s hard to put into words. He meets like a coach, we watch film and he’s like an extension of a coach. It’s very comforting, because he’s also a guy who can lead and show young guys how to conduct their business because he’s been there.”

Borland isn’t going anywhere, either. At least not until he’s done with one more season for the Buckeyes, one more go around in the starting lineup and one more push for a national championship.

Ohio State is undeniably well stocked in the linebackers unit, and there continue to be young tacklers pushing for reps and trying to take a role that Borland has locked up 34 times already in his career. If anything, he’s only gaining strength as his injury setback two years ago gets further in the rear-view mirror — and the Buckeyes can’t wait to see what he does next.

Why is Tuf Borland so important to Ohio State? Is his athleticism perhaps underrated as he heads into his final season with the Buckeyes? What can the program do with him during his final season in Columbus? Former Ohio State linebacker Anthony Schlegel made his debut in the virtual film lab to answer those questions in the latest episode of BuckIQ.