Ohio State football recruiting can be a wild ride full of twists and turns as recruits from all over the country maneuver their way to signing day. Lettermen Row is here to help navigate the tumultuous roads by getting to the heart of the matter with the young football players themselves. Birminology shows who the young men being recruited by Ohio State truly are — by talking to them. This week’s guest is Archbishop Alter (Kettering, Ohio) 4-star athlete C.J. Hicks, who was recently offered by the Buckeyes.

Hicks, whoseÂ 247Sports.com profile lists him as a 6-foot-4, 190-pound athlete, camped twice for Ohio State last summer, capturing the attention of then-defensive coordinator Jeff Hafley so much during the first appearance that he was asked to return just a few days later. From that moment, the Buckeyes made sure to connect with the No. 3-ranked player in Ohio as often as they could, something that delighted the Archbishop Alter (Kettering) standout.

â€œTheir message has been simple. They liked what they saw at the camp, they liked my 7-on-7 stuff and they said they need more film,” Hicks told Lettermen Row last August. “But Iâ€™m the type of guy they want on their roster playing on Saturdays. Iâ€™m just going into my sophomore year, so hearing that is amazing.â€ 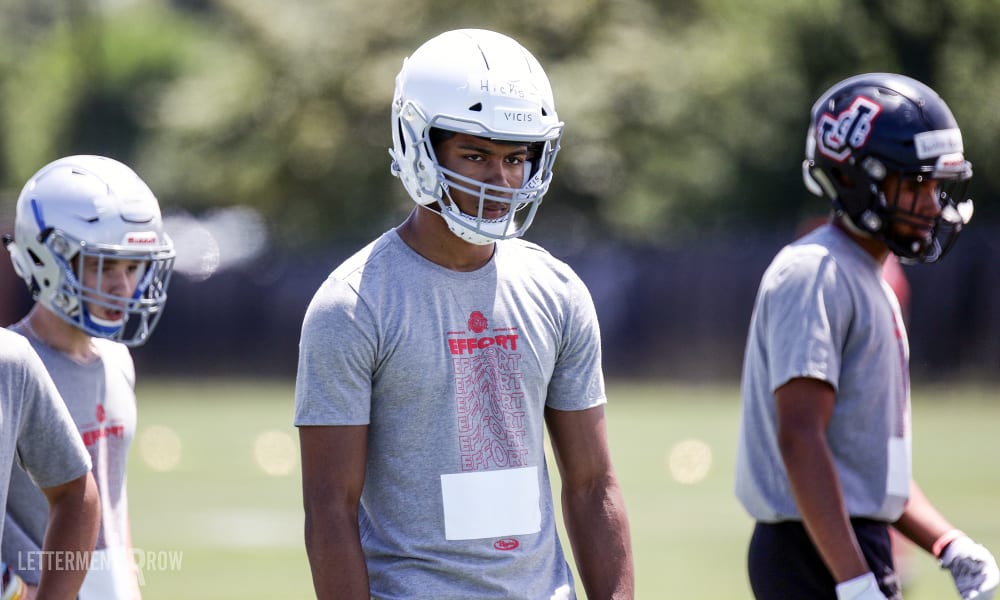 Though Jeff Hafley left for Boston College, the Buckeyes continued their contact with Hicks after his sophomore film showed exponential growth, versatility and a lot of untapped, yet-to-be-plucked potential. The offer, which put Ohio State into the battle for Hicks commitment with Notre Dame, Michigan, Penn State and almost 20 other schools, sets up an interesting recruitment.

With the opportunity for Class of 2022 to make any in-person visits vanishing, Hicks and his peers are going to be forced to make key decisions based almost entirely on how relationships with coaches and fellow recruits have developed.

How has C.J. Hicks grown a relationship with Al Washington and Ohio State? What advice has he received from recruits who have been in his position before? What is his timeline for a decision and which 2022 recruits is he closest with?

Find out those answers and more in the latest edition of Birminology on Lettermen Row.