COLUMBUS — Cade Stover was open to any position at Ohio State.

Even after moving to a third spot in less than a year with the program, the redshirt freshman still is willing to go play anywhere the Buckeyes need him.

That certainly looked for most of last season like it would be on defense, first at linebacker before he kept on tacking on so much muscle that the coaching staff gave him a couple cracks as a pass-rushing end. But now he’s found a fit on offense, and odds are this switch will stick with Stover as he gets rolling through spring camp at tight end — feeling right at home with the football in his hands after a prolific high school career as a running back.

“It felt really good, it feels a lot more natural,” Stover said. Â “I think day by day, we’ll keep building on it, keep learning and keep getting better.

â€œI think in the long run, itâ€™s a better fit for my body. Coach [Ryan] Day brought me in and we had an open conversation about it and whatâ€™s best, and Iâ€™m just looking to get on the field this year anywhere I can.” 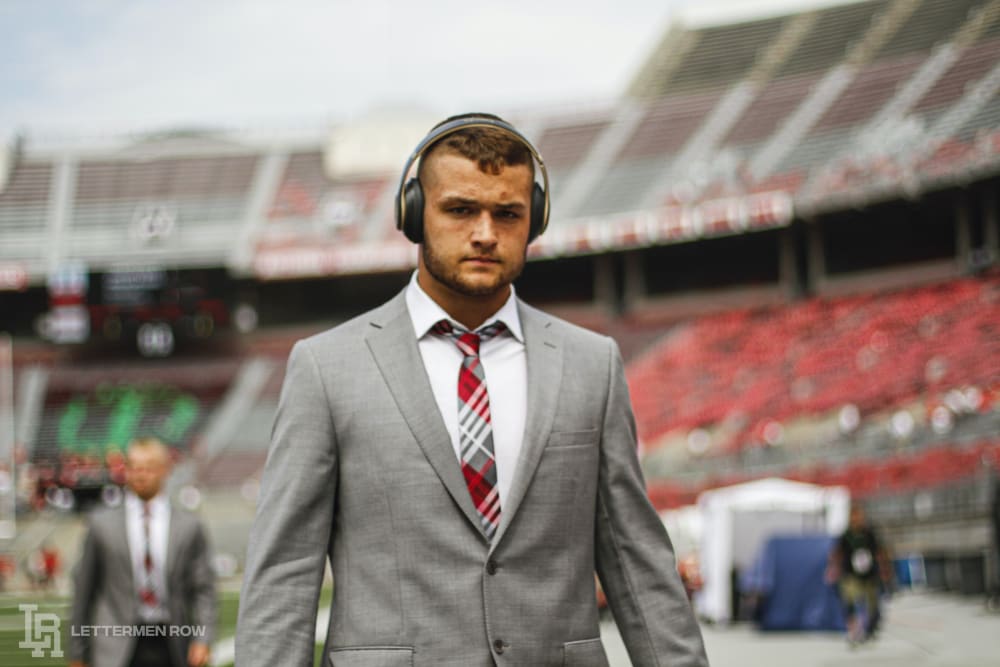 Considering the number of multiple-tight end packages Ohio State uses and the way it utilizes its depth, tight end is probably the clearest path to the field for Stover this season. And with the possibility that the Buckeyes might need to replace three guys at the position after this year, there appears to be plenty of opportunities there in the future as well.

Stover was certainly an intriguing option for the Rushmen, and the comparisons between him and another do-it-all athlete in Sam Hubbard had been unavoidable over the last few months. Hubbard also had a crack at all three of those positions, though his journey ended at defensive end as he blossomed into a game-wrecking force and eventual NFL Draft pick.

Ohio State also sees Stover as a professional-caliber player. But thanks in part to that comfort with the football in his hands, the Buckeyes now firmly believe the best place for him to do it is at tight end.

What makes Cade Stover a good fit for Ohio State on offense? How will his skills translate to tight end for the Buckeyes after spending his first season with the program on defense? Is this the right spot for him permanently moving forward? Former Ohio State captain and two-way standout Zach Boren was back in the Lettermen Row film lab looking at some clips of Stover and trying to answer those questions in the latest episode of BuckIQ.