In a normal year would have visited the Buckeyes multiple times already.Â The country’s No. 88-ranked player likely would have been there so many times it’d be old hat. Everyone in the Woody Hayes Athletic Center would know him by face, not just by name.

But in the midst of a pandemic, the 6-foot-5, 250-pound, top-of-the-board target never had a chance to see Ohio State in person before Tuesday. He’d been told for a while now that he was a priority for Ryan Day and Larry Johnson. The Buckeyes coaches left no doubt about that for Caden Curry and his family.

The first meeting with Johnson specifically had Curry amped up.

“We were both fired up,” Curry told Lettermen Row. “It was all I was expecting, but better. They just treated me as high priority. Anyone can say your at the top of their [recruiting] board, but then you get there and they have no fire.

“I feel like they were just excited and most genuinely happy to see me.” 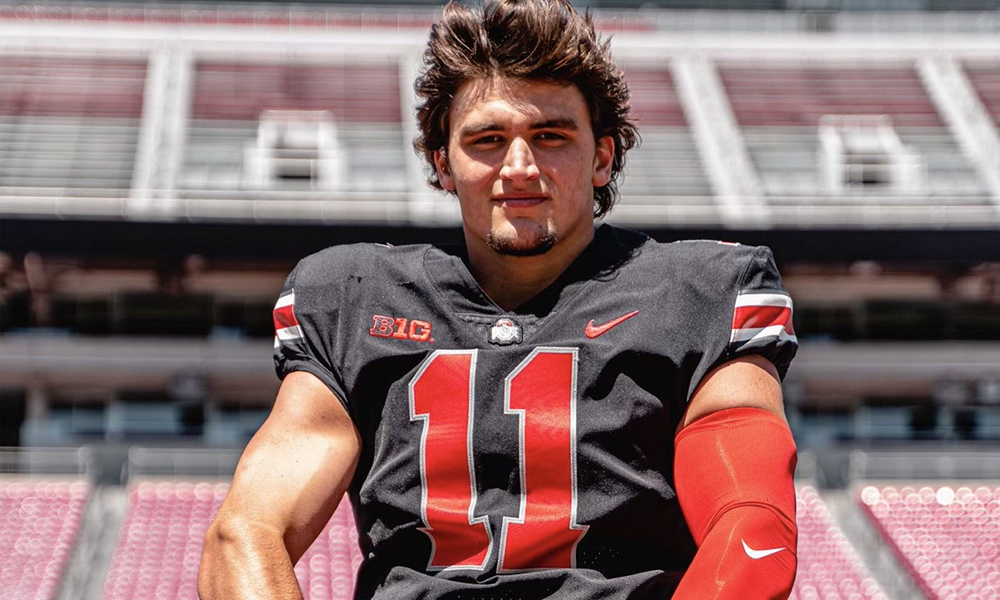 Curry and his parents made a tour around campus and checked out all the facilities the Buckeyes have to offer. As a defensive lineman, though, nothing matters more than Larry Johnson.

“We spent about an hour or so just talking,” he said. “He definitely teaches the game at the highest level. He doesn’t even think about his players failing.”

Because of baseball obligations, Caden Curry is really just getting his recruitment underway. He’s visited Clemson, Tennessee and now Ohio State in the last two weeks. He’ll head to Alabama for a key weekend with the Crimson Tide coming up. Then he’ll shut things down again and prepare for his senior season of football. He’ll make official visits in the fall and plans to enroll early at whichever school he chooses. Originally, he had thought a decision could come this summer. That changed about a month ago.

“Thereâ€™s just no way I get done visiting everywhere in time,” Curry said in May. “And I’m planning official visits for game days.”

There is expected to be a brief open recruiting period at the end of July. Ohio State will no doubt try and get Caden Curry back on campus again before the season, if it can.

The two sides waited too long for the first visit. The next one will be pivotal as he heads toward a commitment this fall.