COLUMBUS — A potential breakout campaign will have to wait for Cameron Brown.

The speedy Ohio State cornerback will miss the rest of the season after suffering a torn Achilles on Saturday in the win over Penn State, multiple sources confirmed to Lettermen Row. The junior went down with the non-contact injury while in coverage for the Buckeyes, and he’s scheduled to have surgery on Tuesday.

Brown was projected as a key part of a three-man rotation at cornerback heading into the season, building off the momentum from his steady work off the bench a year ago that proved he was on the right track in his transition from wide receiver. There hadn’t been many opportunities to make an impact yet for the Buckeyes through two games, though, chipping in just one tackle before taking on his rehabilitation assignment for the rest of the year and into the offseason.

â€œIâ€™ve come a long way since being a receiver in high school to becoming a corner at one of the best schools in America,” Brown said late last year as he started pushing for an expanded role.Â â€œI think [the secondary] is in great shape.Â I think weâ€™ll be real good, because weâ€™ve got guys who have come in who can do great jobs. We just havenâ€™t really shown it because those three guys last year were so great. 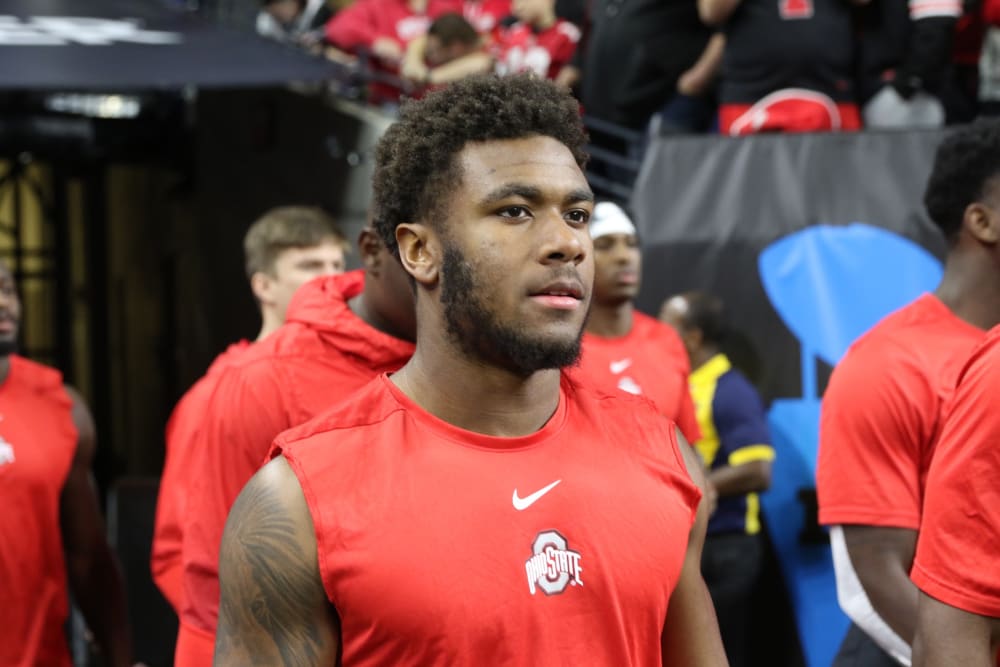 Ohio State cornerback Cameron Brown is out with an Achilles injury. (Birm/Lettermen Row)

“But weâ€™ve got young guys who are ready to play.â€

Brown was counting himself in that mix, and there was growing optimism that he’d be able to use his athleticism and ball skills to become a dangerous defender for the Buckeyes this season.

He’ll still have that chance eventually, and Ohio State has been remarkably successful at getting players through Achilles issues over the last few years with Tuf Borland, Justin Hilliard and Master Teague all returning to action following similar setbacks.

But for now, Cameron Brown will have to wait for his moment and Ohio State will have to look elsewhere for more help in the secondary.