The summer offseason is in full swing, and Lettermen Row is trying to survive it with our annual Position Week breakdowns. By the time all nine units at Ohio State have been covered, training camp and media days will nearly have arrived â€” and the return of football in the Horseshoe will be just around the corner. Letâ€™s continue Defensive Backs Week by breaking down how Cameron Martinez can make an impact in the Ohio State secondary.

COLUMBUS â€” Cameron Martinez has always been a versatile athlete.

The former four-star recruit was a two-way standout at Muskegon High School in Michigan, stocking the highlight filmÂ on offense with a nine-minute video of dazzling touchdowns — when he was playing quarterback.

He wasn’t recruited to play on that side of the ball at Ohio State, though. His versatility as a defensive back and special teams returner made him a prized, underrated recruit for the Buckeyes.Â That same flexibility that made Martinez a coveted high-school prospect could lead to big things in the revamped Ohio State secondary.

Martinez has the ability to play slot corner. He can play either safety spot. The former quarterback may even be able to help in the return game. Those factors make Martinez a potential X-factor for the Buckeyes defense.

“I thought he had a great spring,” Ohio State defensive coordinator Kerry Coombs said. “He had the opportunity, mostly, to play in that cover-safety spot. He played some corner, as well. I think the transition from being a great quarterback in high school to being a defensive back takes time. I think his time has been really well spent. He has great body control, and he also has a pretty good awareness of what offenses are doing, so he has some subtle things in his game that are maybe a little bit more unique. He took advantage of those things this spring. There’s growth and development for all our guys. The next three months are critical for them.

“He had a good spring, and he’s put himself in a good spot to compete for good playing time in the fall.”

Martinez wasn’t recruited to play as a true freshman. He played sparingly a year ago and gained little experience in the shortened season. The lack of time in the midst of COVID made spring camp in March and April so imperative to his growth — and he certainly made the most of the 15 practices.

As the Buckeyes were without many of the veteran playmakers in the secondary, Martinez took every rep he could. And there were a lot of them to be taken.

â€œTheyâ€™ve got to play,â€ Coombs said. â€œI think we had 10 defensive backs that had over 450 reps in spring of team-type reps which is awesome. Those guys got to play coverage play in addition to all the individual work. Those are team reps. Thatâ€™s not seven-on-seven, thatâ€™s not one-on-ones against the best wide receivers in the country. All of those things that you need to develop your skillset, they were able to get an awful lot of work.â€ 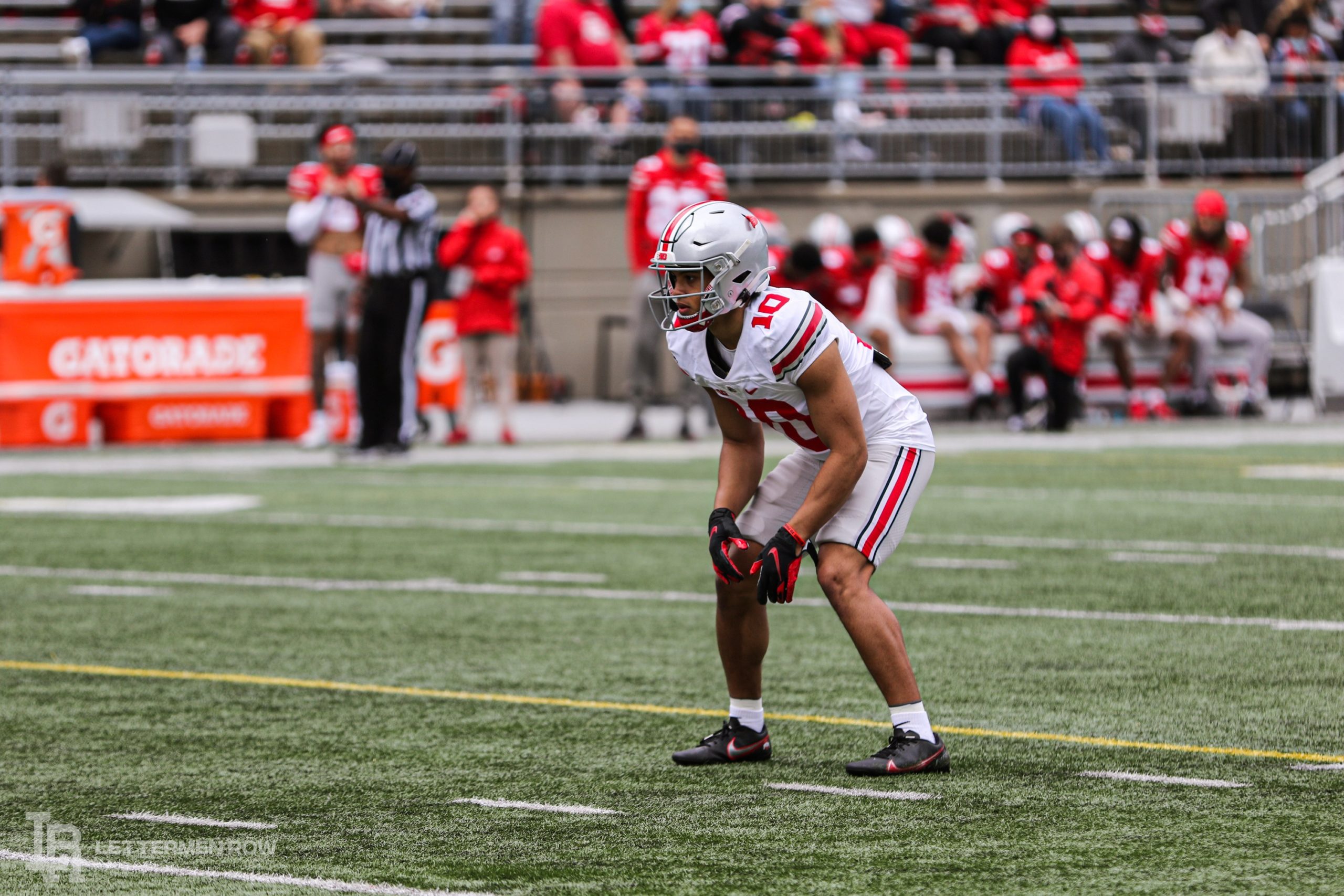 Martinez had the chance to take those reps, both at safety and at cornerback. Where will he play this fall? It remains to be seen. But he might be a utility player who can play wherever needed by Coombs and secondary coach Matt Barnes. Ohio State was lacking depth in the backend last season. With Martinez now a year older and with more experience, he can alleviate some of those depth issues at both cornerback and safety.

He gives Ohio State options on the field, and he is proving he can match production — such as two interceptions in a single spring practice in April — with an off-field work ethic, causing him to draw plenty of praise inside the Woody Hayes Athletic Center.

“I’ll tell you this about Cam Martinez: You can’t sit in a meeting without hearing great things about him right now,” Barnes said. “Whether that’s strength and conditioning, our nutritionist brags about him, our training staff brags about him. Just five minutes ago, I walked out of a special teams meeting where [Parker] Fleming was bragging on how well he’s done in special teams. Cam has really, really put his head down and gone to work since this past season ended. He’s got to be one of the most improved guys so far that we’ve seen. He’s played inside, he’s played outside and he’ll play true safety for us. We’re really just diving into techniques and concepts right now.”

The Buckeyes aren’t going to force Martinez into one position. They have no need to.

It’s versatility that got Cameron Martinez to Ohio State. And it’s the same trait that makes him a defensive X-factor for the Buckeyes this fall.