COLUMBUS — One of Ohio State’s top wide receiver targets in the 2023 class, Carnell Tate, has made a big cut to his recruiting list.

The 6-foot-2, 185-pound receiver holds 30 offers from some of the top teams in college football. On Wednesday morning, he cut down the offers to a final list of 10 schools he will seriously consider the rest of his recruitment. The decision makes his list more manageable and clears up what schools are really a contender to land the elite wideout.

It’s no surprise the Buckeyes made the cut. The IMG Academy prospect from Chicago has built a close relationship with Brian Hartline, especially over the last month. Tate visited Columbus twice, working out one-on-one with the Ohio State wide receivers coach on June 8 and June 22.

On his first trip to Ohio State, he spent some quality time with Hartline outside of his workout, getting the opportunity to interact with him more in-person. And on his second trip, he went up against fellow 2023 wide receivers Brandon Inniss, the top-ranked receiver in the class, and and Florida 4-star Santana Fleming. Tate fit right in, looking like one of the top receivers in the nation.

â€œWorking out with Coach Hartline was a blessing,â€ Tate told Lettermen Row. â€œBeing able to improve on my game with the best coach out there is a blessing. Not too many get the chance to be recruited by Hartline and coached by him.â€ 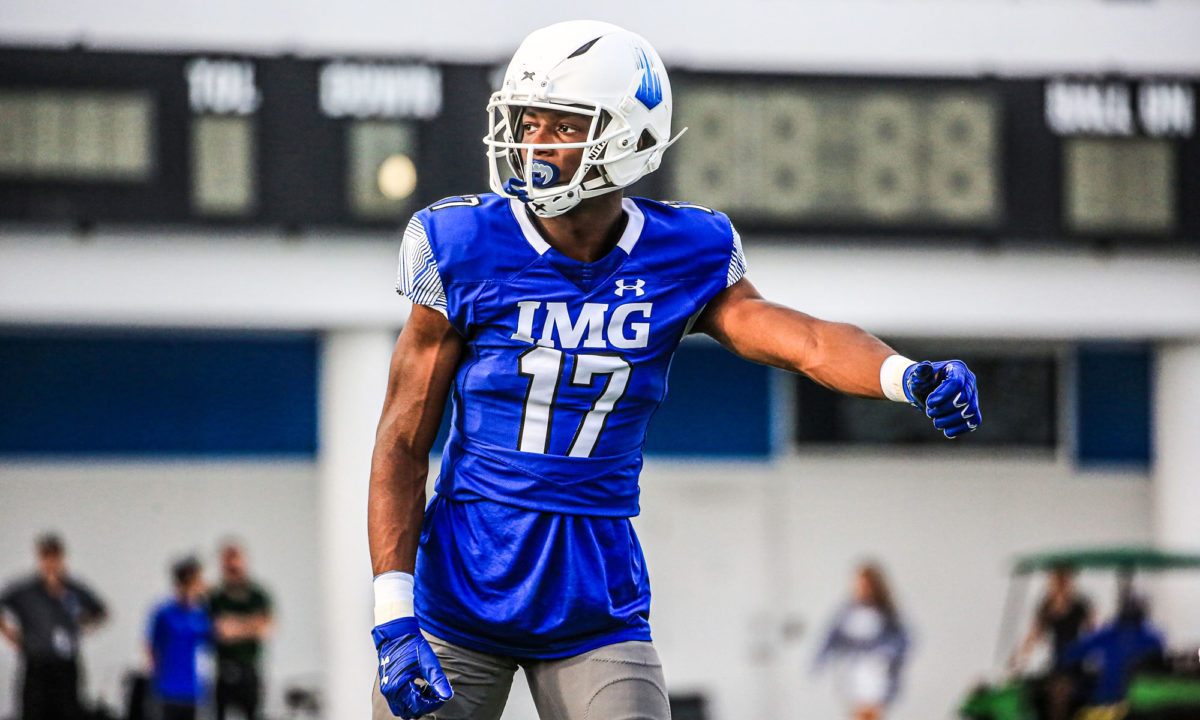 Ohio State officially extended an offer to Tate on April 23, and since then the relationship with the coaching staff has continued to grow.

â€œThe staff stood out to me, all of them,â€ he said. â€œTheyâ€™re family and amazing people. I could ask anyone a question without being uncomfortable, even the current receivers. I was able to talk to them and watch them run routes and get on the jug machine.”

The Fighting Irish might continue to be a main competitor for Ohio State in the 2023 cycle, but Carnell Tate is priority for the Buckeyes.