Ohio State football recruiting can be a wild ride full of twists and turns as recruits from all over the country maneuver their way to signing day. Lettermen Row is here to help navigate the tumultuous roads by getting to the heart of the matter with the young football players and Ohio State coaches and staff members themselves. Today we’re talking with Utah linebacker Carson Tabaracci.

COLUMBUS — There was one goal for Park City (Utah) linebacker Carson Tabaracci when he made an unofficial visit to Ohio State last month.

That was to leave Columbus with an offer from the Buckeyes, a sign that his recruitment could go national. He did that, impressing linebackers coach Al Washington with his size and athleticism, ripping off a 40-yard-dash under 4.6 seconds at just under 230 pounds. 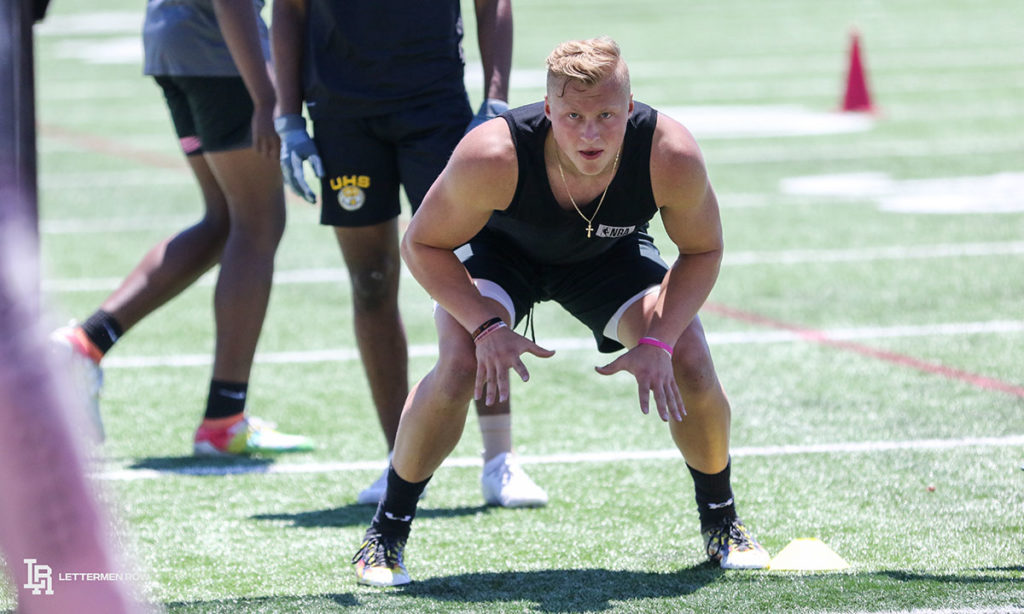 Carson Tabaracci has his eyes on official visits this fall. (Birm/Lettermen Row)

The interest in Ohio State, and the chase for a Buckeyes offer, was new for the country’s No. 47-ranked athlete. The relationship he has with Tony Alford, thanks his the close friendship his nephews have with the linebacker prospect, isn’t. That’s what sparked the conversation with Carson Tabaracci and Ohio State. Naturally, that relationship and the subsequent offer was very exciting for Utah’s No. 9-ranked player.

With just under 25 scholarship offers, Tabaracci is getting used to having big opportunities. Still, few are bigger than Ohio State and he knows that. The Buckeyes were one of a handful of Midwest programs he visited in June, and he’s likely to return to Columbus this fall for an official visit.

What is this interesting prospect focused on as he heads into his senior season? How has the relationship with Tony Alford affected Carson Tabaracci? What did he think of the way Al Washington coached him up?

The 3-star linebacker prospect joined Birminology on Lettermen Row to talk about those things and more.

(Due to technical issues, the video portion of this interview for Carson Tabaracci is unavailable. Sorry. Blame the iPhone screen record feature and the arbitrary nature with which it works as intended.)