COLUMBUS — Chase Young is ready for his turn in the spotlight now.

It takes some time even for the most talented prospects. Ohio State has seen this development process play out before with superstar pass-rushing threats, but everything so far has gone according to plan.

The taste of success as a freshman. Some inconsistency as a sophomore, but also terrifying glimpses at the immense potential. A signature performance to set the table for the junior year that also grows the draft buzz as a surefire first-round pick.

After going through this before with both Joey Bosa and Nick Bosa, it’s becoming quite clear that Young is on that same trajectory heading into next season. And opponents on the schedule in 2019 should consider that three-sack performance from Young in the Big Ten championship game to be an early warning about what’s coming.

“Coming in, we knew [Clayton Thorson] was a real good quarterback, an NFL pro-style type of quarterback,” Young said after wrecking the Northwestern game plan in Indianapolis. “And [defensive coordinator Greg] Schiano said we had to get after him.

“We just won [the matchups]. We followed what Coach Schiano said and we got the win.” 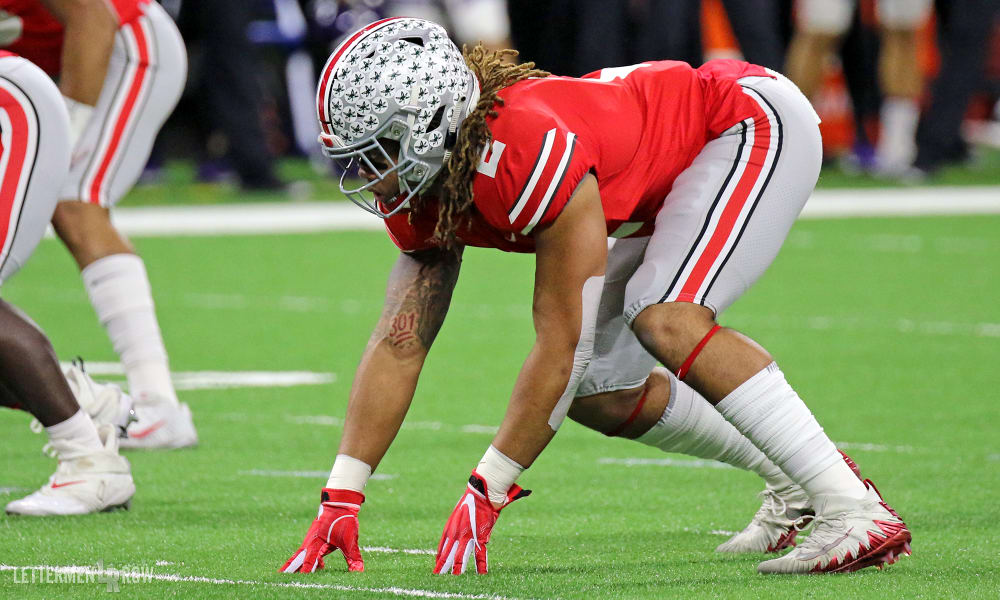 That might be oversimplifying matters just a bit, since pretty much any plan of attack would have worked for the Buckeyes given how relentless Young was in picking apart any blocker standing in his way.

The sophomore was close to unblockable from start to finish, adding a forced fumble and contributing to another turnover by hitting Thorson’s arm on a pass that was intercepted by the Buckeyes in what was easily the best performance of his career. This season as a whole perhaps didn’t turn out quite the way Ohio State or Young envisioned back in August. Back then it was preparing to unleash both Nick Bosa and his heir apparent as the leader of the Rushmen together as the most fearsome tandem in the country. But Bosa’s injury didn’t allow it, and at times Young didn’t seem fully prepared for the pressure of being the primary threat up front.

But Chase Young looked more than capable at the end of the season. And former Ohio State linebacker Zach Boren returned to the Lettermen Row film lab for his latest BuckIQ breakdown to put that outing under the microscope and see exactly what is helping Young blossom into the program’s next big thing.