INDIANAPOLIS — Chase Young isn’t going to run. The Ohio State superstar isn’t going to bench press. And he’s certainly got no interest in training to be a track star.

Young is a generational football talent, undoubtedly the best defensive player in the NFL Draft and somebody with nothing to prove after what he put on his resumÃ© on the field last season with the Buckeyes.

He also has rare leverage for a prospect during the poke-and-prod process leading up the first round in Las Vegas in April. So, rather than waste time trying to maybe shed a little weight to run a faster 40-yard dash time, Young has continued with his football drills like normal — which should actually come as a welcome relief for anybody close enough to the top of the board to grab the Heisman Trophy finalist. 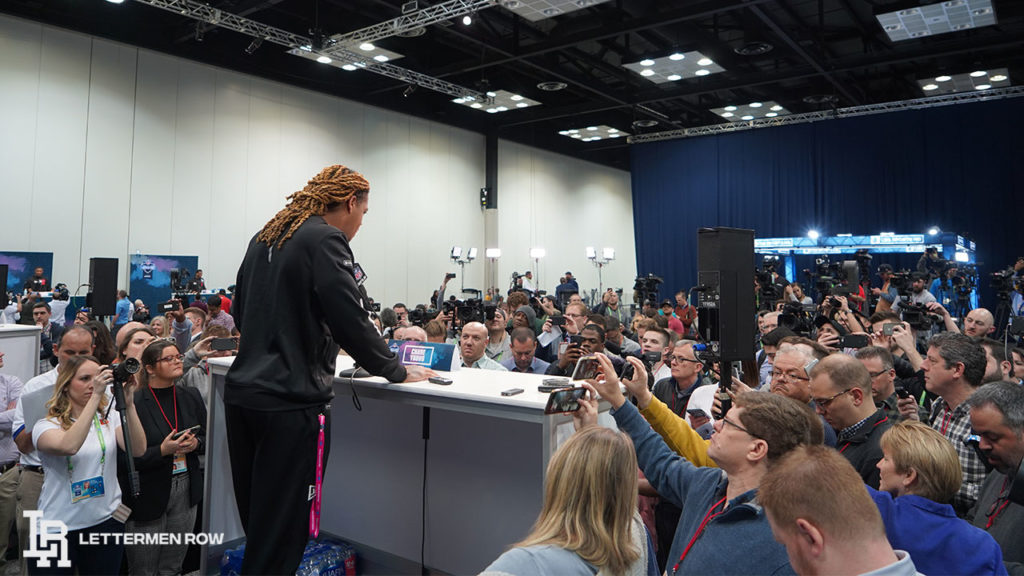 If Young wanted to put on a show with his off-the-charts athleticism, he certainly could have done so. But there’s virtually no incentive for him to risk injury, and there’s nothing that a bunch of bench-press reps could do to boost his stock. So his Combine approach was really a no-brainer.

What’s perhaps more intriguing for Young is that he’s taking it a step further, and he’ll only do position drills during his Ohio State Pro Day next month. So, while it would be entertaining to see what numbers Young could post in the Underwear Olympics, he’s earned the right to skip them entirely thanks to the statistics that really count — like the nation-leading 16.5 sacks he posted for the Buckeyes last year.

“I block things like that out,” Young said. “If you worry too much about that, then you’ll stop what you’re doing right now. My only focus is on to be the best player I can be. I’m working to be the best, and I’m not afraid to let people know it. I just try to take it one day at a time, and I just try to live in the moment.”

Young is in the middle of a unique one, and few players will ever be in the relatively stress-free, draft-prep period that he’s enjoying now. 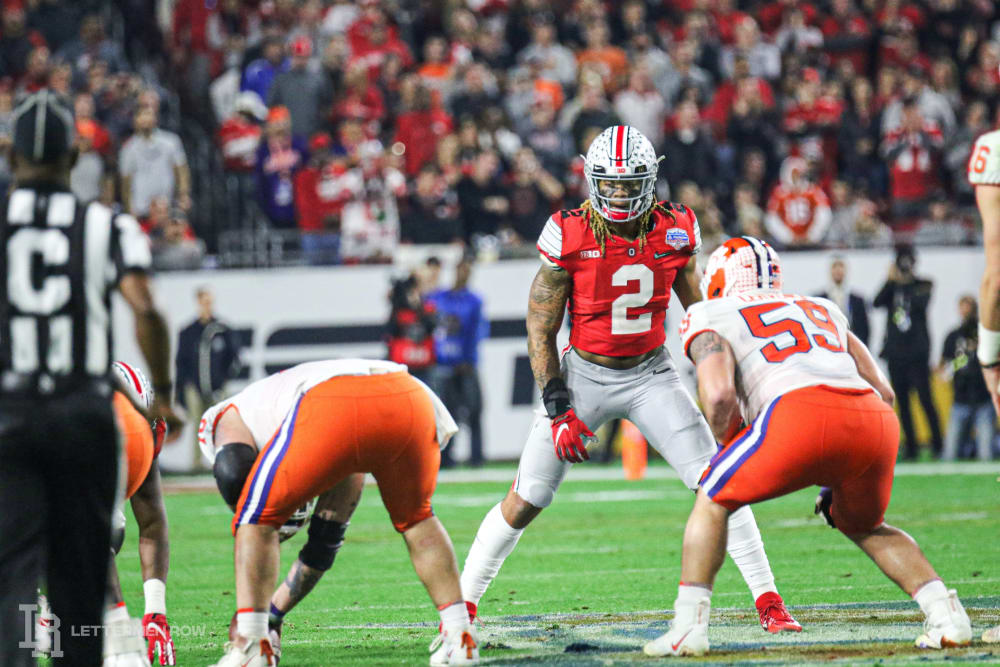 Ohio State defensive end Chase Young will be off the board early in the NFL Draft. (Birm/Lettermen Row)

Obviously Young is continuing to work on his game and remains fully committed to grinding to maximize his immense physical gifts. He’s also still going through the interview process, medical evaluations and media sessions — and there will probably be the normal nerves of uncertainty waiting to find out exactly where he’s headed at the next level.

But other than having to explain his three-game run without a sack at the end of the season to anybody who wasn’t paying attention, there’s really nothing left for Young to do at this point.

“Being the best defensive end isn’t about sacks, it’s about being the most disruptive player on the field,” Young said. “You can do that without having a sack. I had a lot of quarterback hits, a lot of pressures. If you study [the tape], you would see that. You’ll see how they changed their whole offensive game plan for one guy.

The NFL scouts and general managers already know that.

And Chase Young has given them all they need to see without having to worry about a Combine workout.