COLUMBUS — There was never supposed to be much of a path to playing time for Chris Chugunov at Ohio State.

A year ago the West Virginia graduate transfer was the last man into the quarterback room, and he looked like little more than the fourth-best option and a depth arm.

Even as the depth chart was completely rebuilt around him this offseason, leaving him as the most veteran holdover for the Buckeyes, he still seemed to barely draw mention for the backup job.

And yet, there’s Chugunov every week as the first guy off the bench. There’s the guy who was on the beach a little more than a year ago ready to hang up his cleats dropping dimes for touchdowns when he gets his second-half chances to play. And, yes, that’s Chugunov who would be the safety net just in case anything were to happen to Justin Fields down the stretch for the No. 2 team in the nation.

“He’s a guy that’s been around a lot of football, smart,” Ohio State coach Ryan Day said. “He’s a guy you can count on, know what I mean? He understands what’s going on. He throws a good ball. He’s got good touch. He’s very intelligent. He can handle a lot without getting a ton of reps. That’s hard to do. 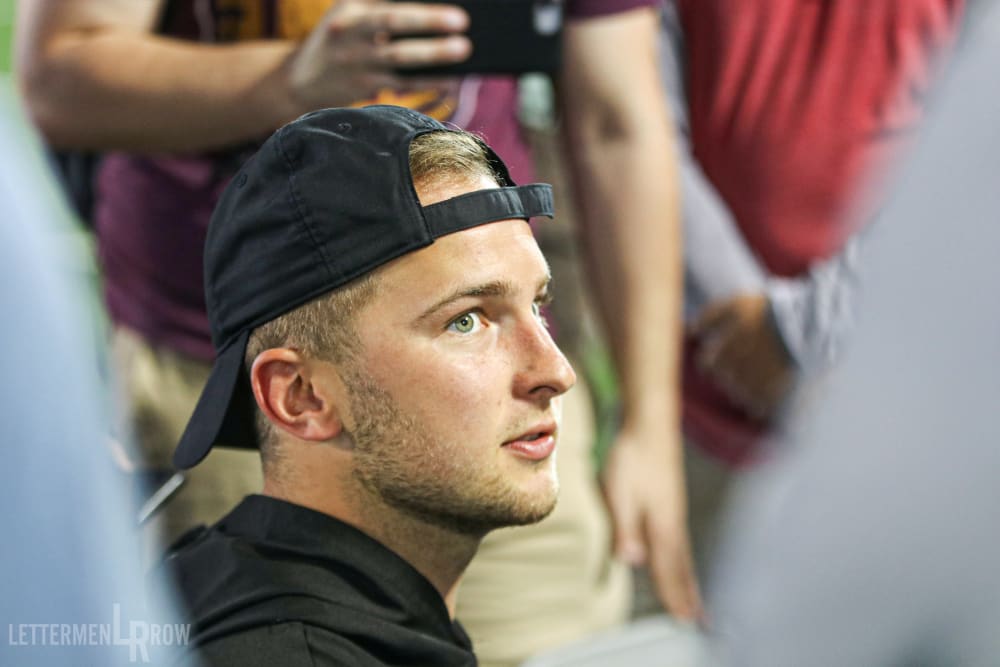 Ohio State backup quarterback Chris Chugunov has been a surprise off the bench. (Birm/Lettermen Row)

“I think the good thing now is he’s played a decent amount of football this year. I don’t know how many attempts he’s had, but when he’s gone in there, he’s competed and done well.”

Officially the total number of throws is now 27, and that doesn’t count arguably the most impressive one of the season. The true head-turner so far was called back due to a penalty after he stood in the pocket last week, took a big hit and managed to unleash a gorgeous deep ball to Garrett Wilson anyway.

But Chugunov has still completed 20 of those attempts for 214 yards with four touchdowns. And while the level of competition in the second half isn’t exactly the same as what Fields has faced, the steady work from the unlikely backup has certainly changed the perception of the depth for the Buckeyes at the most important position on the roster.

“I think there’s a body of work there that’s being built,” Day said. “The more he’s out there, the better you feel.”

What all is giving Ohio State confidence in Chris Chugunov? How far has he come since arriving as a graduate transfer for the Buckeyes last year? What would be a reasonable expectation if the offense needed him for significant snaps? Former Ohio State staffer, Kentucky quarterback and current Ohio Dominican offensive coordinator Mike Hartline popped in the film to answer those questions in the latest episode of BuckIQ.