COLUMBUS â€” Chris McClellan has used the chance to play for Larry Johnson as motivation throughout his football career.

After his official visit to Ohio State this weekend, that chance is now firmly in view.

McClellan, the country’s No. 26-ranked defensive lineman, was told Johnson wants him to be the first defensive lineman to join the Buckeyes top-ranked 2022 recruiting class. He says that is something he has to consider.

“He told me he thinks I’m the right guy to be the first guy,” McClellan told Lettermen Row. “I told him that I’d have to go home and think about that. I’m definitely going to have to sit down after this Ohio State visit and have a talk with my family. I know I’ve been saying November [for a decision] but I’m just realizing that guys are going to start committing, especially after all these visits.

“I have to go through and see where I’m at. Coach J was saying that he wants me to lead that defensive line class. I told him I’d be putting that into consideration and call him with an update in a few days.”

Ohio State, Florida and USC have had McClellan on campus for official visits. The Buckeyes are also competing against Alabama, Texas, Oklahoma and almost 30 other schools that have offered the 6-foot-3, 295-pound McClellan. His trip to Columbus gave him the chance to learn that Ohio State isn’t just about football.

“There’s a big difference there from a few other places I’ve been,” McClellan said. “They’re not just a football factory. It’s much more about the culture there, it’s more about the quality of life as well as football. It’s not just ‘come in here and get to the NFL.’ 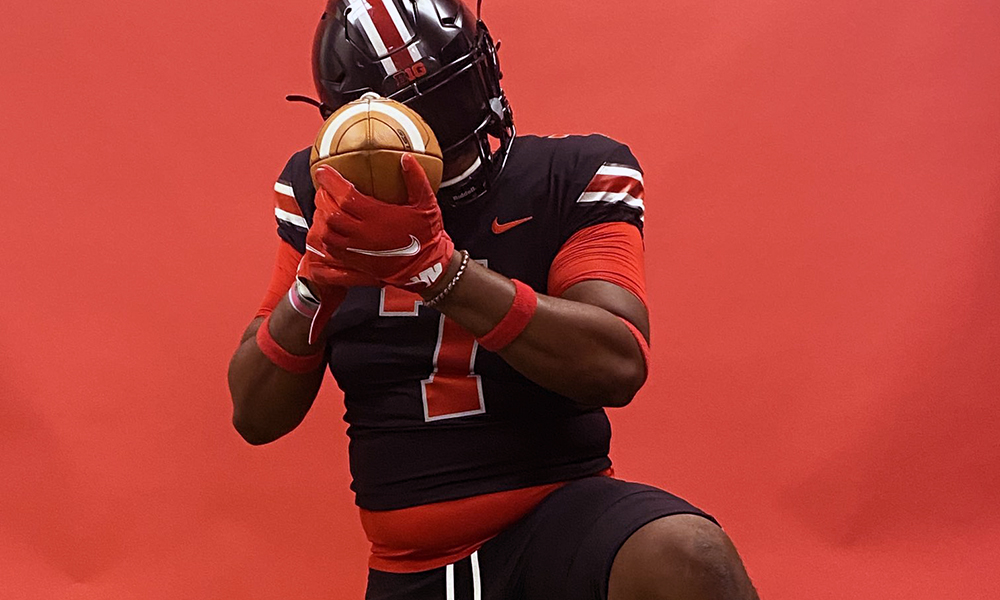 “Everything Ryan Day was about was love. There’s love in everything he does. He talks about that tough love all the time, it’s a tough-love philosophy there. Love for your teammates, love for your family, love conquers all that leads to a love for football and winning — winning every game. He’s also a real family man and that was easy to see.”

But as with every defensive lineman being recruited by the Buckeyes,Â the difference is Larry Johnson. That’s what drives the interest for Chris McClellan.

“Coach Johnson is an older guy, so he’s very wise,” McClellan said. “It’s his attention to detail, not just the big things but the small things. I know if he’s offering me it’s because he believes I can be a special player and I know those small details make a good player into a great player.

“He told me they’ve usually had shorter defensive tackles but that he thinks with my length I could be a problem inside or outside. I know I fit in the four-man-front defensive scheme and I like how they use their defensive linemen, they’re aggressive.”

How hard was it for Chris McClellan to leave Ohio State and not give Larry Johnson an answer?

Johnson and the Buckeyes hope they don’t have to wait too long to find out.