COLUMBUS — Chris Olave felt like he needed another season at Ohio State.

While analysts projected him as a first- or second-round pick in January, the Buckeyes wide receiver made the decision to return to Columbus. He opted to return for a final season to become a more complete wideout and help deliver Ohio State a national title.

The first-team All-Big Ten selection built a strong case as college football’s top wideout last season when he was catching passes from Justin Fields. But he has a laundry list of items he believed he could improve on. Now he isÂ top returning receiver in the nation. On Friday morning he was named to the watch list for the Walter Camp Award, which is awarded to college football’s player of the year.

â€œI feel like I needed to work on some things so I came back to get in the weight room more and get a lot stronger, turn into a more complete receiver so I can be ready Week 1 when I go to the NFL,â€ Olave said this spring. 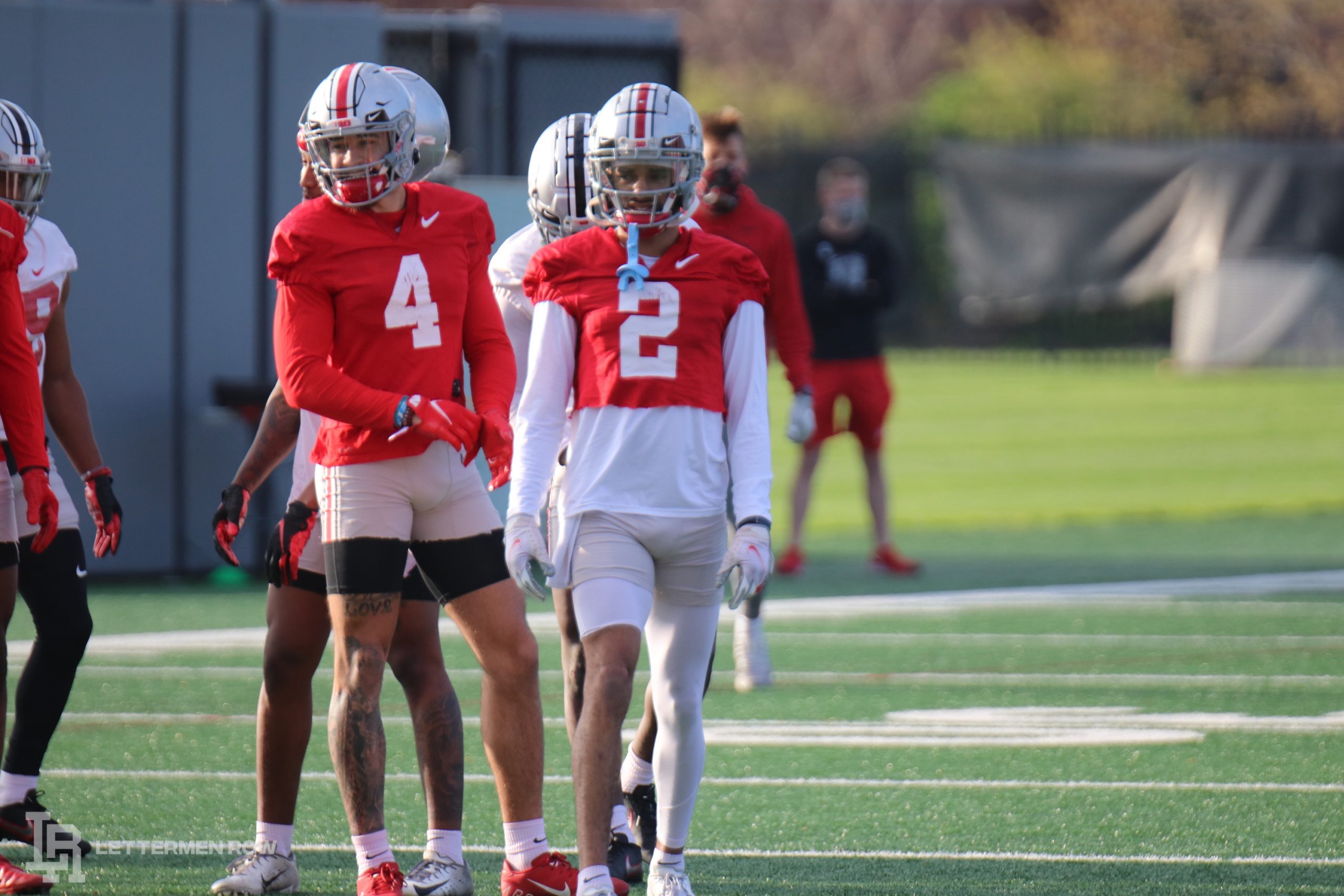 Chris Olave could’ve gone in the top two rounds had he left for the NFL Draft. (Birm/Lettermen Row)

Chris Olave got his redemption last season. Playing Clemson in the Sugar Bowl, Olave talliedÂ six catches for 132 yards and two touchdowns en route to a 49-28 win over the Tigers. The victory was vindication for the wide receiver after he broke off a route in the 2019 College Football Playoff semifinals. With an opportunity to play in the national championship game, Olave seemed to have checked everything off his Ohio State bucket list.

But the Buckeyes fell to Alabama, one of the top reasons why Olave chose to return. Now he is back for a final season. And while the Buckeyes will have to break in a new starting quarterback this fall, whoever the guy is will be able to throw to the nation’s top returning wideout.

With another offseason of work in the weight room with Mickey Marotti and route running work with Brian Hartline, Chris Olave has the opportunity to be the top wide receiver in college football. If he can do that, there’s no reason why he can’t contend for the Walter Camp Award.