COLUMBUS — Chris Olave did not return to Ohio State for the compliments.

The most talented and experienced wide receiver on the Buckeyes roster, he’s arguably the best wideout in college football this season. He easily could’ve left for the NFL and been a first-round pick after last season, but he chose to return to become a complete receiver.

While he works to become the best receiver he believes he can be this fall, NFL Draft experts and scouts will analyze his game step-by-step as the draft approaches. The NFL Network’s Daniel Jeremiah recently did a scouting report of Olave, looking at what he can improve on and what game he’ll be focusing on this season.

“Olave is a silky-smooth route runner,” he said. “He varies his releases to avoid press coverage and understands how to properly leverage defenders in off coverage. He changes speeds/tempo to keep defenders uncomfortable, which leads to separation down the field. He has outstanding vertical speed and can find another gear when the ball is in the air. He tracks the ball naturally and has reliable hands.” 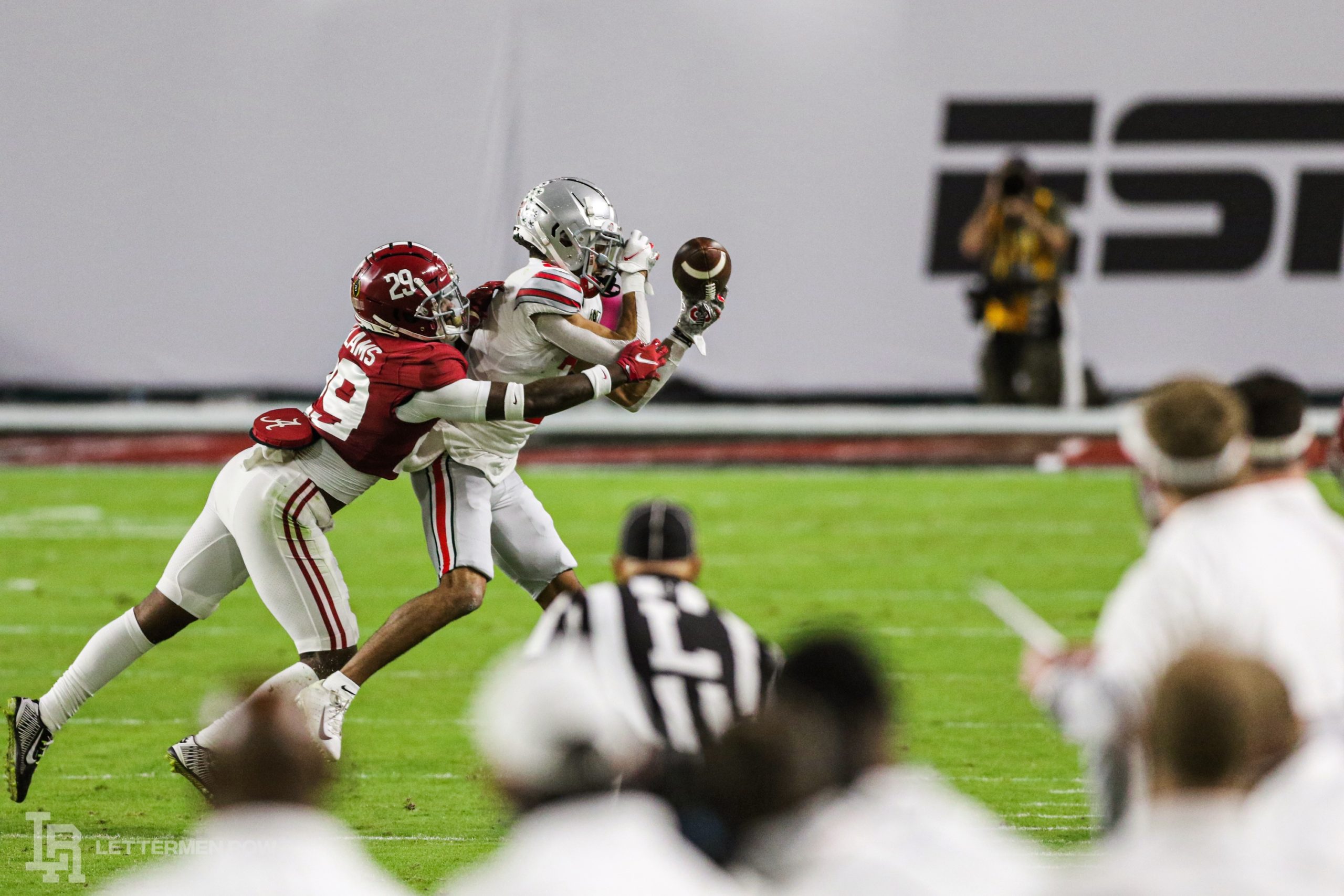 The wideout has created some of the most memorable plays in the last three seasons. He caught two touchdowns in the Sugar Bowl, barely a year after his broken route resulted in a Justin Fields interceptions in the final seconds of the Fiesta Bowl. And his freshman year against Michigan, Olave burst onto the scene with two touchdown catches and a punt block.

Big-time performances in big-time games seem to follow the receiver. That’s one of the reasons why Jeremiah has circled the Ohio State’s Sept. 11 date with Oregon at the Horseshoe.

“This is one of the best non-conference games on the 2021 college football schedule,” Jeremiah said. “Oregon is coming off a Pac-12 title and returns some outstanding players on defense. Defensive end Kayvon Thibodeaux is the headliner, but the Ducks secondary is loaded with NFL talent, too. I’m excited to see how Olave answers that challenge. He’s always played his best in big games.”

Jeremiah believes Olave needs to get stronger. Even though the receiver is a polished route runner, Jeremiah would like to see Olave pull through more tackles and improve on his blocking.

The NFL Draft expert is confident in comparing him to Miami Dolphins receiver Will Fuller. With strong hands and the ability to work over the top of defenses, he has the ability to be one of the best deep threats in the NFL. Jeremiah also sees Olave having a better career than Fuller because of where he is in his progression.

“His presence is felt in every game I studied, and he opens up the field for his teammates,” Jeremiah said. “That being said, he isn’t a one-trick pony. He is just as effective running comebacks and curls as he is on posts and go routes. He’s a home-run hitter who’s also capable of winning on third down in the middle of the field. That’s a special combination.”

Olave will probably be one of the first receivers taken off the board in the 2022 NFL Draft. He could’ve left earlier, but he wants to be the most complete wideout in next year’s draft.

The NFL Draft hype around Chris Olave is only starting. Another season with Ohio State will have his draft stock soaring.