Ohio State football recruiting can be a wild ride full of twists and turns as recruits from all over the country maneuver their way to signing day. Lettermen Row is here to help navigate the tumultuous roads by getting to the heart of the matter with the young football players and Ohio State coaches and staff members themselves. Todays’ guest is Christen Miller, aa top remaining defensive line target for the Buckeyes in the Class of 2022.

At just under 6-foot-5 inches tall and a solidly-built 285 pounds, Christen Miller is a big-time recruiting target in the Class of 2022.

His personality may be even bigger. It’s evident from the moment he steps into a conversation.

The country’s No. 10-ranked defensive tackle has major interest in Ohio State, and the Buckeyes have already begun impacting his recruitment. He was originally planning a college decision on April 4, but that’s not going to happen. He’s realized he’s not ready for that yet.

His recent offer from Ohio State and defensive line coach Larry Johnson is one major reason. 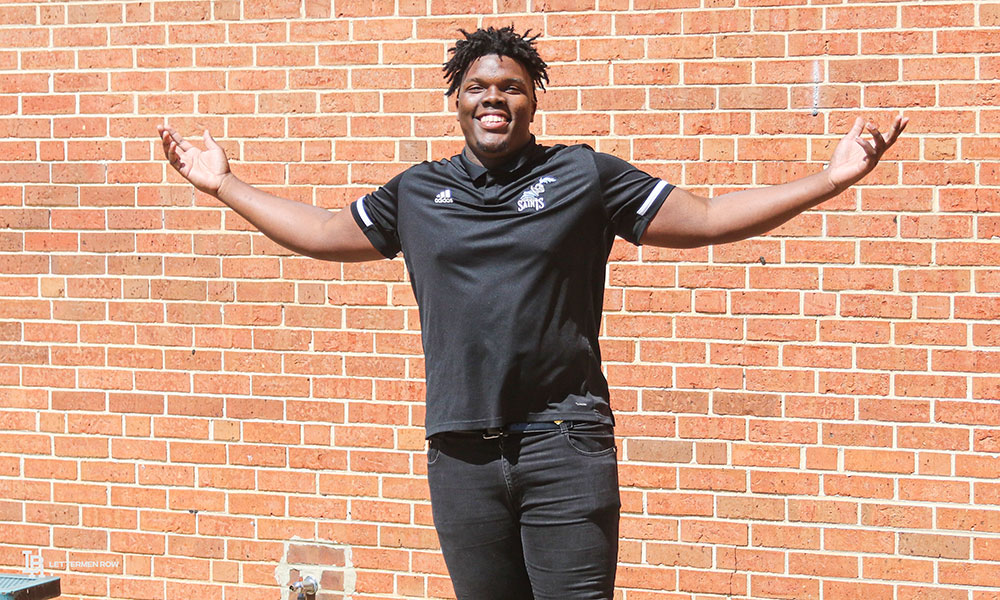 With a top-schools list that includes Florida, Georgia, USC, Indiana and Ohio State, Miller is now hoping to take a little time before a choice is made. That means official visits to his finalists, set for June. There’s a lot that can happen between now. That’s the nature of recruiting in 2021, but he’s not going to rush things at this point. The delay has provided a chance to reassess priorities, to re-evaluate the things that matter most. It’s given him a chance to listen more to mentors and friends.

And that’s something that could have a major impact on his eventual commitment. It could also be good news for the Buckeyes down the road.

How much impact did the Ohio State offer have on Christen Miller? How has Antwuan Jackson become such a valuable role model? Why is the fun-loving Georgia prospect comparing Larry Johnson to Snoop Dogg? The personality-rich defensive lineman dives into those questions and a lot more in the latest episode ofÂ Birminology from Lettermen Row.