Thatâ€™s what the fifth-year senior did last Saturday night at halftime when, after being confined to the sideline season long due to his injured left knee, heâ€™d watched his teammates fall behind 21-7 to Wisconsin.

â€œI think one of the biggest things at halftime was C.J. Saunders getting up in front of the whole team and just talking to us, and telling us that weâ€™ve got it,â€ said quarterback Justin Fields, who went on to be named MVP of the comeback victory and eventually this week be named one of the four finalists for the Heisman Trophy along with teammate Chase Young. â€œSo he definitely helped the team out a lot.â€

For Saunders, originally a walk-on from Dublin Coffman High School who earned a scholarship and obvious respect of his teammates the past several years, it was a matter of doing what he could to help save what continues to be a special season for the College Football Playoff-bound Buckeyes.

â€œI had something on my heart, and I told the guys: â€˜In 30 minutes the clock is going to hit zero, and weâ€™re either going to be hanging our heads or the confetti is going to be coming down scarlet and gray,â€™” Saunders said. â€œThatâ€™s inevitable. One of those two things is going to happen. 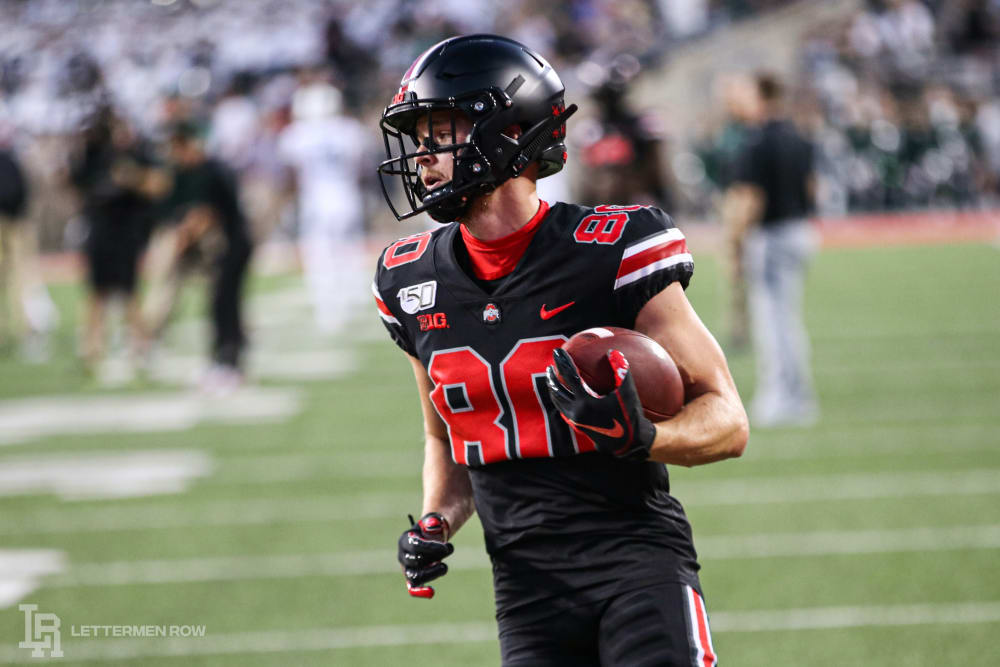 It was Rockne-Gipper-esque, obviously, because it touched Fields to the core. And he helped lead the charge.

But it was yet another bittersweet moment for Saunders. Elected one of seven captains in August, he suffered the knee injury in preseason camp, felt it improve enough by midseason to give it a go headed toward the game at Northwestern only to be set back for the rest of the year when it plinked again in practice.

â€œGetting the MRI results back, knowing I was going to need another [second] surgery, I had to take a few minutes just to break down,â€ Saunders said. â€œThatâ€™s not easy to take. â€¦ And then from there, just turn it on for my teammates and do whatever I can to keep them on the right track and motivated.

â€œBut that was kind of the point where it was the lowest, but my teammates and coaches picked me up from there.â€

Yet just watching has been a challenge, especially because of the preseason sense he had that the Buckeyes were going to be special.

â€œItâ€™s been really tough, not what I would have expected,â€ Saunders said, tears welling in his eyes. â€œBut Iâ€™m thankful Iâ€™m in this position, regardless; that God has put me in this position. 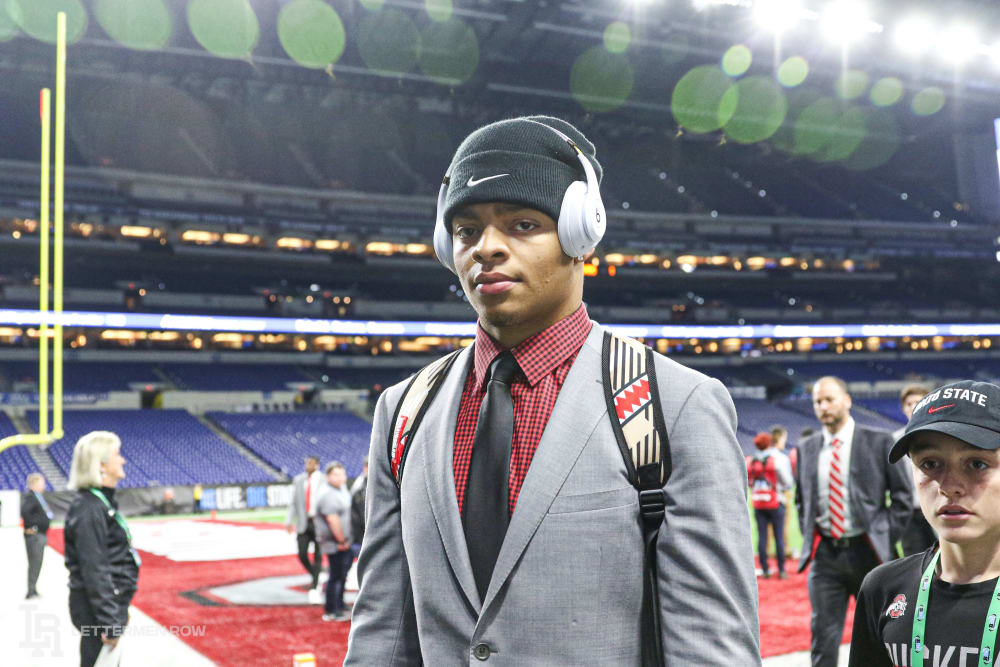 â€œMaybe itâ€™s not catching touchdowns and doing something on the field, but is it motivating guys and helping us get to this point? So be it.â€

Who knows, the twist his playing career took this season might have steered him onto a new career path, and thatâ€™s not meaning toward something like emulating Matt Foley, motivational speaker. It could be more like following in the footsteps of his father Tim Saunders, the long-time, state championship-winning baseball coach at Dublin Coffman. As C.J. Saunders said, heâ€™s done what he could to help the Buckeyes in other ways.

â€œIâ€™ve learned that from my dad, one of the best coaches Iâ€™ve ever had,â€ Saunders said, laughing at the irony. â€œItâ€™s kind of in my blood, to try to help people, motivate people and be involved with sports. I think thatâ€™s definitely an option â€“ I donâ€™t know exactly when or how, but itâ€™s definitely something that Iâ€™m interested in.â€

Whether his playing days at Ohio State are over isnâ€™t clear. He has petitioned for a sixth year of eligibility based on the injury hardship.

â€œWeâ€™re trying to get the sixth, and itâ€™s a tricky process, I donâ€™t really know exactly the details with that,â€ Saunders said. â€œBut weâ€™re going through that process, the appeal, and whatever needs to be done. I think itâ€™s clear, and Iâ€™ll be back in a uniform.