COLUMBUSÂ  â€” The country’s highest-ranked uncommitted quarterback is no longer on the market. Rancho Cucamonga (Calif.) 4-star prospect C.J. Stroud has made his college choice.

What are the Buckeyes getting with the early-signing period addition? Let’s take a closer look at what the commitment of C.J. Stroud means to Ohio State, the Big Ten and more as Ryan Day pulls off a major signing-day coup.

Lettermen Row has the angles that matter on this big-time recruiting win for the Buckeyes.

The Buckeyes had been the reported leader for the 6-foot-3, 195-pound Stroud for months, a lead that appeared substantial following an early October visit to Ohio State.

A number of college football’s biggest programs — including Georgia and Michigan, which each received an official visit from Stroud in the last month — tried to get involved in his recruitment. But Ryan Day and Ohio State provided an offense and a plan for Stroud’s development that other places couldn’t match. That combination was a primary reason in Stroud’s ultimate decision according to Quincy Avery, one of the country’s most respected quarterback developers who began working with Stroud this past summer following their introduction at the Elite 11 Finals.

“Guys know that when they go to Ohio State, they are going to play for one of the best quarterback developers in the country,” Avery told Lettermen Row. “I mean, there is a small group, a small list of people you really want to see your kid go learn the game from a development standpoint. It’s really pivotal in a lot of quarterback decisions.

“I think if you’re using an offense like coach Day’s, it would put him in a position to be tremendously successful.”

Stroud’s fit in the Buckeyes offense is natural. As with Dwayne Haskins and Justin Fields, who both also train with Avery, there’s a chance for big things in the future for the young quarterback. That’s because of Stroud’s development on the field and Day’s ability to teach the quarterback position. 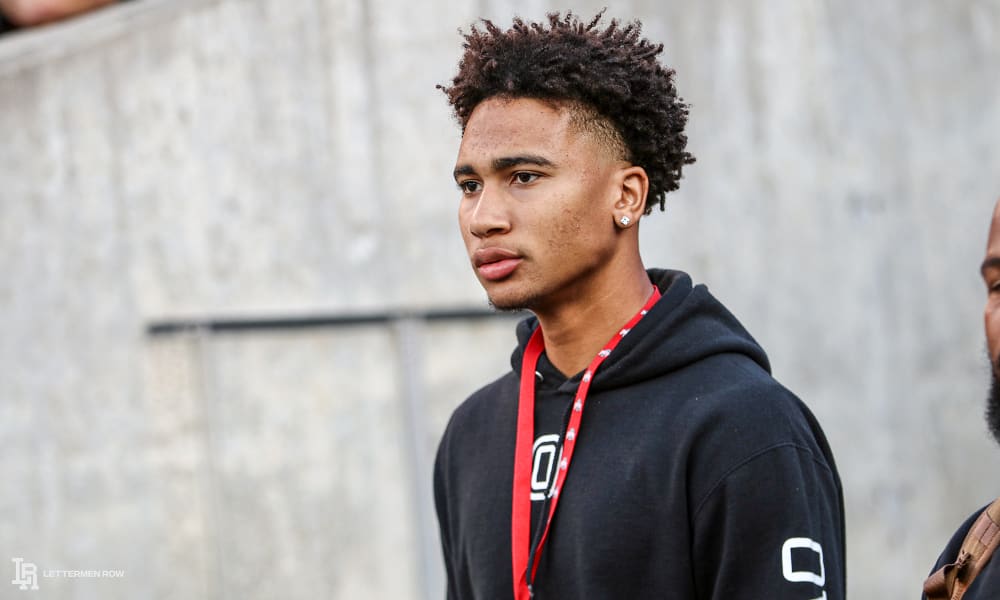 “The thing about CJ is that he’s really good in terms of things like spatial awareness,” Avery said. “He does a really good job — even before he really understood defenses –Â  understanding things he saw, leverage and those things. And now he has a greater understanding of what defenses are trying to do. He throws with a very, very high-level of anticipation, which has allowed him to be successful.

“Then Coach Day does a great job with the concepts in terms of how he teaches quarterbacks. He does it the right way, so they get a good idea of how to work through progressions.”

One of the biggest improvements Stroud has made in recent months has been learning the art of playing quarterback.

That opportunity has afforded Stroud with a chance to hone other skills. He’s always been a confident kid, but now he’s learning to be a confident, competent leader.

“He’s kind of taken that, as like a charge, and understands what he has to do and bring that to the program,” Avery said. “You see him around his team and around a group of guys — and I don’t think public perception is that he’s a big leader –Â  his group, they look to him as a leader. Like he is the alpha with those guys.

“That’s the kind of leader he is, kind of like Justin [Fields]. He’ll come up really, really quiet at first. But then as you see him as he interacts with these guys? You’ll see that he’s who they rally around.”

Commitment No. 26 in the Class of 2020 for the Buckeyes, the addition of Stroud may very well put a cherry on top of Ohio State’s recruiting class. It’s a group that is the highest-ranked in the Big Ten and will finish as one of the nation’s top-10 overall groups.

Stroud joins fellow Buckeyes signee Jack Miller to give Ohio State a pair of 4-star quarterbacks that will likely go head-to-head in a competition for the starting job in Columbus whenever Justin Fields heads off to the NFL. But in the meantime, that duo will provide vital depth for Day and the Buckeyes.

The country’s second-ranked pro-style quarterback, Stroud almost certainly puts the finishing touches on the Buckeyes offensive recruiting class. He is the seventh top-100 prospect on that side of the ball to commit to Ryan Day and the ninth top-100 player overall in the class.

If the Buckeyes are able to hold on to California defensive Clark Phillips — who announces his final decision on Thursday — the three prospects will give Ohio State its most signees from that talent-rich state since 1997 when John Cooper signed four players from The Golden State, including a pair of quarterbacks.