COLUMBUS — There are a lot of unknowns around the future of the linebacker position at Ohio State.

The addition of the Bullet position has caused an adjustment in recruiting priorities, and a relatively stacked group of young linebackers on the roster has narrowed the need for a 2020 linebackers to just one or two. That means the Buckeyes have been very particular in what and who they’re searching for.

“Program fit,” one source told Lettermen Row about the linebacker position during a recent one-day camp at Ohio State. “That is what’s most important in this transfer portal and decommitment era.”

So where does Ohio State turn for that fit on the recruiting trail in 2020?

Ohio State has clear leaders on the board

After the Buckeyes fell out of the race for 5-starÂ Mekhail ShermanÂ when he committed to Georgia, the recruiting board at linebacker cleared up pretty considerably.

Simon is on campus making his official visit with Ohio State this weekend, which is shaping up to be a major recruiting bonanza for the program. And though the offer to him came later than it did for Melton, there’s no doubt that the Ohio State staff would welcome him with open arms.

The biggest question is whether or not they’d be willing or able to welcome inÂ both. That may not end up being a discussion, because Melton is very serious about Notre Dame and Michigan as well. But Ohio State may need to answer it for itself before too long. Both players are making their final visits this June 21 weekend, and I think it’s reasonable to expect a decision from each by July 4.

What about the other guys Ohio State has offered though?

There are some of the country’s best linebackers still uncommitted. Yes, they possess Ohio State offers. But no, there’s no real reason to consider the Buckeyes as a landing spot for any of them right now.

That list includes pipedreams like Justin FloweÂ andÂ Sav’ell Smalls, a pair of 5-star talents who have at different points included the Buckeyes on their top lists of schools. But they haven’t visited and don’t seem like they’re ever going to. The Buckeyes are also very high on Utah linebacker Noah Sewell and had hoped to get a visit from him this summer, but it wasn’t able to be arranged by the Sewell family though he was able to make trips to Alabama and Tennessee. So it’s not hard to read between the lines on where that one is heading, and it’s not in favor of the Buckeyes.

There are other really talented linebackers like Kalel Mullings from Milton (Mass.) and Derek Wingo, the St. Thomas Aquinas (Fort Lauderdale) standout and Penn State commitment. BothÂ have been to campus in Columbus, but right now they seem pretty set on other programs and haven’t had a lot of conversation about returning. 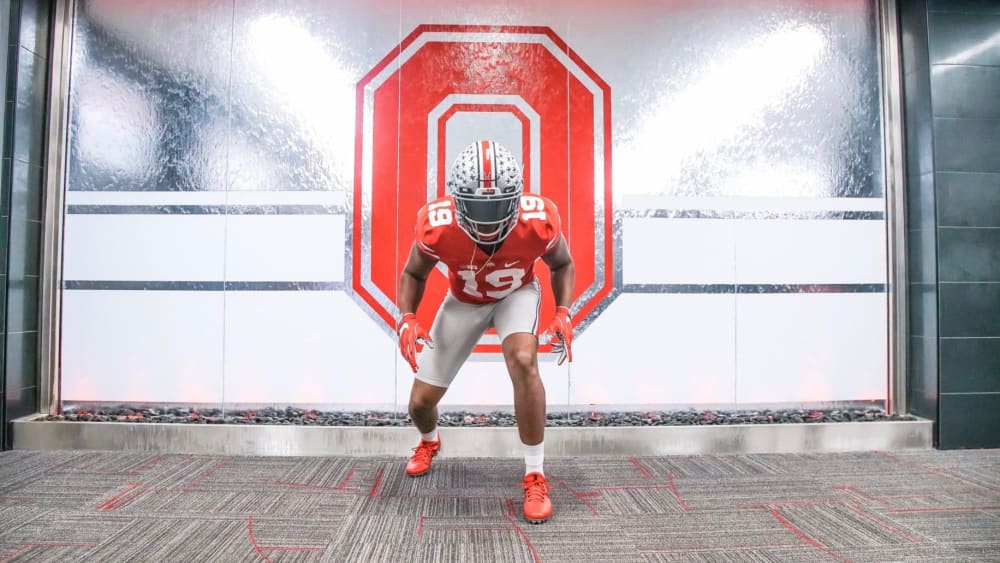 It’s natural to wonder if Simon and Melton both end up elsewhere if Ohio State would circle back and more seriously consider the option of Cincinnati Princeton 4-star Jaheim Thomas. But there’s been little discussion about that since he dropped the Buckeyes from his recently released top-schools list. It remains to be seen if the Ohio State staff truly sees him as a linebacker or if it views him more as a defensive end. So, that’s a pretty big fly in the proverbial ointment with Thomas.

Another option to consider here, though I’m not sure it’s entirely applicable, is Erasmus Hall (Brooklyn, N.Y.) athlete William Mohan. Ohio State is hoping he’ll hold off on a potential commitment to Michigan so it can continue to evaluate whether or not he fits best as a true linebacker or in the new Bullet position.

Are there players waiting in the wings in Ohio?

Worst-case scenario then, what happens if the Buckeyes miss on Simon, Melton, Mohan, Thomas, Mullings andÂ everyone else?

Where do they turn? Are there players in Ohio that could draw some attention? Of course, there are.

Lima star Brandon Taylor, who some schools see as a potential outside linebacker but is more likely a defensive lineman for the Buckeyes, is one of them. Akron Archbishop Hoban 3-star Devin Hightower has big offers, and so does Pitt commitment Bangally Kamara. Lakota West standout Daved JonesÂ has made his way to Columbus a few times to get familiar with the Ohio State staff.

The one player I think that most likely fits the bill though is closest to home, and that’s Westerville Central’s Rickey Hyatt. Hyatt has an offer and camped for Ohio State in early June — and to me, he looked like a linebacker prospect more than the defensive back he’s listed as on his national recruiting profiles.