COLUMBUS — The offensive staff is once again complete for Ohio State, and it didn’t require much reshuffling.

Corey Dennis is now a full-time quarterbacks coach with the Buckeyes, as has been expected seemingly since the moment Mike Yurcich left after his only season with the program. An assistant on the rise in the profession with previous experience working at Ohio State appeared to be something of a no-brainer decision for Day, and he didn’t waste much time making the move official as he works to finalize his group of coaches for his second season in charge.

The Buckeyes formally announced the decision on Friday morning, but it was emerging as the likely outcome even before the Fiesta Bowl when it became clear that a mutual parting of ways with Yurcich was best for everybody involved. And for Day, that meant the ability to keep Dennis instead of losing him to Colorado State.

“Corey is a talented young coach and someone Iâ€™ve worked closely alongside for three seasons,â€ Day said in a university release. â€œHe knows our system and he knows how we teach. I think he is going to allow us to develop some continuity in the quarterback room, and thatâ€™s important. I also believe that he is going to be an excellent recruiter for us.â€

Dennis has his big opportunity now, and the spotlight will be on him moving forward as he works with a loaded room of quarterbacks for a program with legitimate national-title aspirations. What does the promotion from senior quality control to full-time assistant mean for Corey Dennis and the Buckeyes? Lettermen Row is breaking it all down right here. 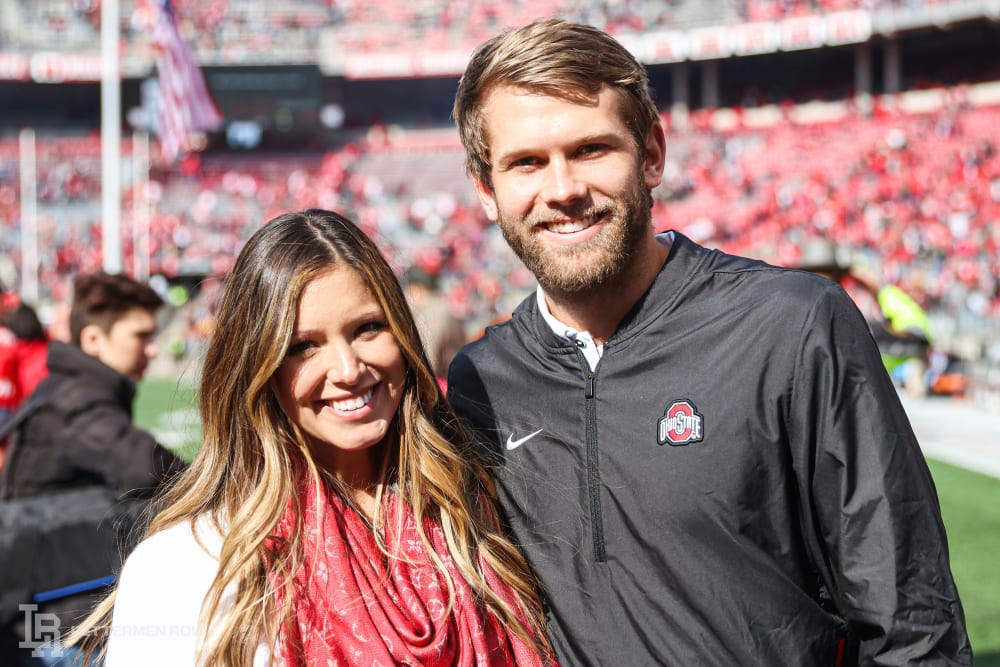 Ryan Day had no shortage of options when it came to filling the vacant quarterbacks coach job, and he had plenty to consider just when it came to Corey Dennis. Ohio State could have taken the conservative route, letting Dennis go prove himself as a full-timer at Colorado State for a season or two and then hoping for the chance to reunite down the road. Or Day could bet that his eye for talent should be trusted again and not risk letting him get away without a clear path to a return, instead putting faith in what Dennis has learned over the last few years, banking on a smooth transition and counting on him to reach his potential with the Buckeyes. Obviously, only time will tell in a business where the results are on public display in every game. But Dennis certainly paid his dues and was ready to get a shot from some program — and Ohio State was in position to give it to him.

The braintrust for the Ohio State offense is unchanged with Ryan Day at the top, key coordinator Kevin Wilson still in place, Tony Alford leading the running backs and Greg Studrawa having solidified himself as an important cog on the line. For as impressive of a coach as Mike Yurcich is, there was clearly a less-than-ideal personality fit with him on the staff — and that should be resolved now with Dennis having worked with all of those coaches previously during his rise up the ranks for the Buckeyes. His knowledge of the way business operates at Ohio State, the familiarity between all the coaches and his ability to understand what Day wants from his assistants and quarterbacks is a huge deal. On top of that, promoting Dennis also gives Justin Fields a familiar face who has already been part of his development. Clearly consistency was a priority for Day, and Dennis provides that.

The behind-the-scenes staff members don’t typically get a lot of public credit. But Corey Dennis was an exception over the last couple years thanks to two of the highest-profile quarterbacks in the country singling him out for praise as they became Heisman Trophy finalists.

Both Dwayne Haskins and Justin Fields have gone out of their way to thank Dennis, praise his knowledge of the game and vouch for him as a guy ready to become a full-time quarterbacks coach. And while Day’s first-hand experience with Dennis weighed heavily in the decision-making process, it never hurts to have those glowing recommendations from record-setting passers to tip the scales.

â€œBasically [Dennis] is like my personal quarterbacks coach when Coach Day is not around,â€ former Ohio State quarterback Dwayne Haskins said last year. â€œI can ask him about looks, coverages, different pressures â€” and he has everything that Coach Day teaches him.

â€œHe helps me throughout practice, throughout meetings. He helps out a lot.â€