COLUMBUS â€” Ohio State is gaining recruiting steam, and the momentum from a huge recruiting weekend that started on June 21 continued Saturday when it picked up one of the program’s top overall targets: Cincinnati Princeton defensive tackle Darrion Henry.

The country’s 11th-ranked defensive tackle, Henry chose the Buckeyes over LSU, Tennessee, Cincinnati, Kentucky and Georgia, the programs that made his top-six list he released in April.

Now, one week after making his anticipated official visit to Ohio State, the 6-foot-4, 279-pound Henry made his announcement during a party at his high school. 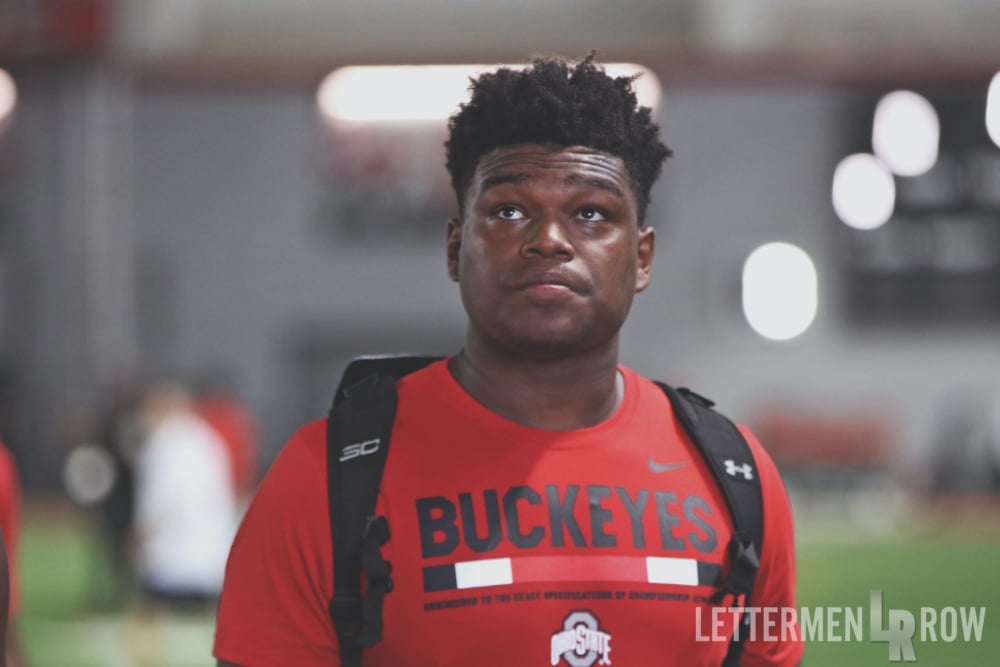 His commitment increases the Buckeyes’ lead as the Big Ten’s top recruiting class. Henry is Ohio’s second-best player — behind only his teammate and now fellow Ohio State commit Paris Johnson — and the No. 121 overall prospect in the class, according to the 247sports.com composite rankings. Landing Henry pushes the Buckeyes one spot ahead of Georgia, where they now sit as the nation’s fourth-ranked recruiting class.

After multiple visits to LSU, Tennessee, Kentucky and Georgia in an attempt to find the best landing spot, Henry picked Ohio State despite the presumption of a package deal that had been widely discussed with JohnsonÂ and 4-star linebackerÂ Jaheim Thomas, another teammate. Thomas is no longer considering the Buckeyes.

After injuring his shoulder last season, Henry has spent most of the last six months rehabbing and working to get himself back to full strength. That has impacted his national ranking, which dropped a bit because of subpar camp performances. Those performances came mostly as the result of Henryâ€™s inability to work out, but heâ€™s been grinding in the last month-plus to get back to where he wants to be â€” and that showed during a one-day camp outing in Columbus earlier in June.

Henry’s pledge gives the Buckeyes two commits in the class of 2020 from Princeton High School. Henry’s new teammate, the 5-star offensive tackle Johnson, transferred from St. Xavier High School this spring in order to enroll early next spring for the Buckeyes.