The speculation, debate and conversations about Ohio State never end, and Lettermen Row is always ready to dive into the discussions. All week long, senior writer Austin Ward will field topics about the Buckeyes submitted by readers and break down anything that’s on the minds of the Best Damn Fans in the Land. Have a question that needs to be tackled, like the one today about Ohio State and the role for Dawand Jones? Send it in right here — and check back daily for the answers.

How is Dawand Jones coming along?
They’re in fire need for him or Wray to step up OT depth is not good!
After Paris is Dawand ready to make that jump?

Ohio State isn’t quite ready for the tackles of the future yet.

And in the meantime, that might make the competition at guard absurdly competitive and perhaps the envy of college football.

Thanks to the unexpected decision by Thayer Munford to return and the development of Nicholas Petit-Frere, the Buckeyes are returning two of the most talented, experienced blockers in the country to anchor the offensive line. That means a bit more patience is likely going to be required of Paris Johnson and Dawand Jones, though the Buckeyes could find roles for both of them on the inside in the meantime.

Both Johnson and Jones have already shown a willingness to kick inside if that’s what it takes to get on the field, and their big frames and similarly oversized potential certainly puts them in the mix as Ohio State looks to simply put its best five blockers on the field. Johnson would be the safer bet to lock up a starting role in spring camp, which only adds to the intrigue with a truly unique prospect in Jones heading into his third year in the program. 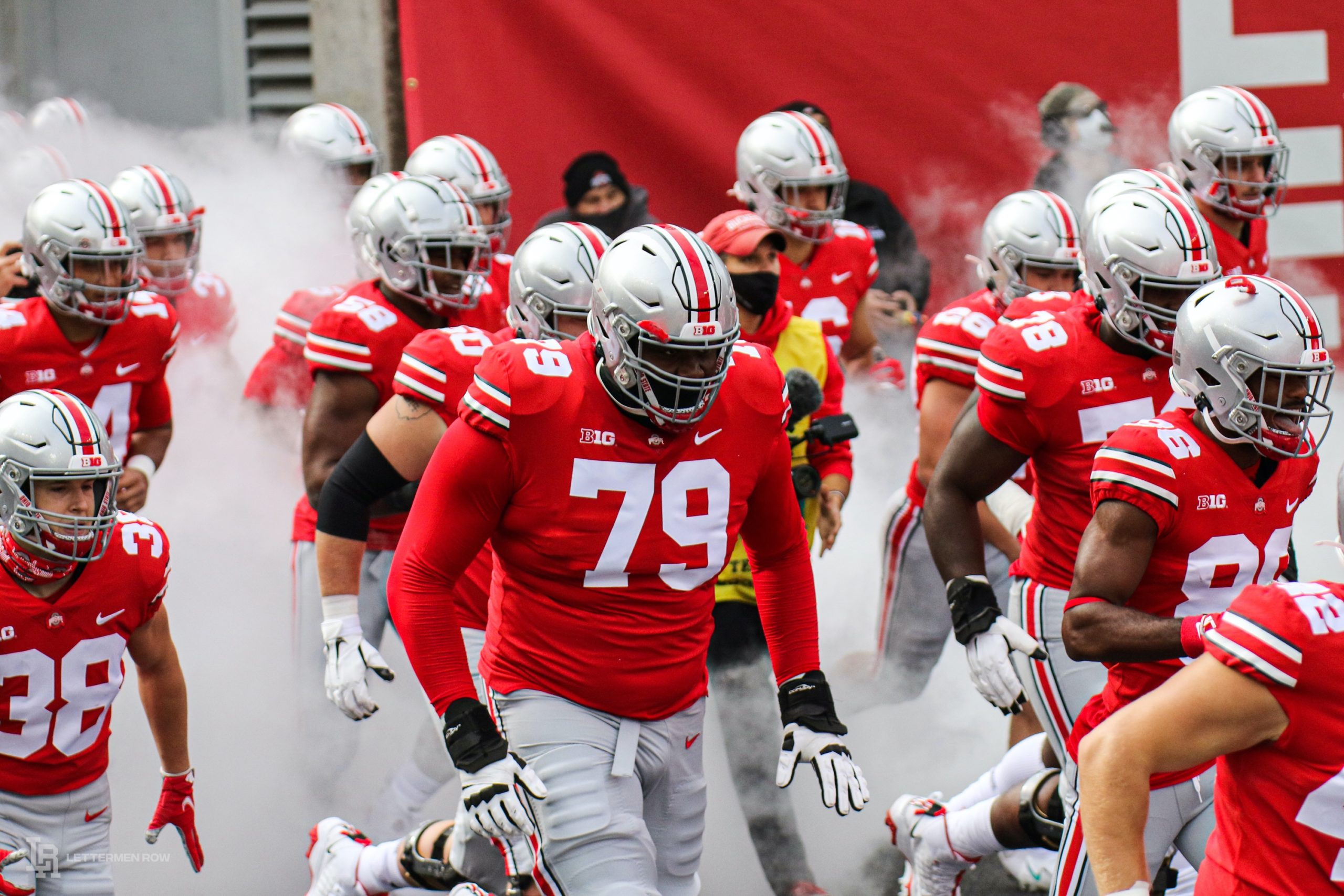 Jones was always considered a long-term prospect during his recruitment, so it wouldn’t be fair at all to consider his junior year to be a make-or-break situation for his career. It’s true that he has zipped through the learning curve at a quicker rate than expected, and the combination of his size and outgoing personality have only brightened the spotlight on him as he’s tried to crack the rotation on a full-time basis. But he’s part of one of the deepest groups of offensive linemen the Buckeyes have had in years, and he’s providing plenty of value to the program even without having earned a starting nod yet.

It’s certainly not a guarantee that he’ll have one this year, either, with Matthew Jones shining in his opportunities off the bench last season and Enokk Vimahi and Luke Wypler also pushing for reps at guard. But the ability for Jones to move around and supply depth at every spot other than center is a big deal and part of the reason Ohio State should have the nation’s deepest offensive line next season.

“Honestly, I sat down with my high school coach to figure out which school was the best option for me,” Jones said at the end of his freshman season. “And itâ€™s not just because weâ€™re winning, but this school is going to develop me for sure and get me to where I want to be. No matter if thatâ€™s the NFL or not, I know Ohio State will develop me.

“Iâ€™m happy I made the decision to be here.”

The Buckeyes are definitely still thrilled to have Dawand Jones around as well.

Right now, he’s helping give Ohio State more depth at tackle than it can squeeze into the lineup, which is only making the spring more fascinating and competitive.