The speculation, debate and conversations about Ohio State never end, and Lettermen Row is always ready to dive into the discussions. All week long, senior writer Austin Ward will field topics about the Buckeyes submitted by readers and break down anything that’s on the minds of the Best Damn Fans in the Land. Have a question that needs to be tackled, like the one today about Ohio State and the role for Dawand Jones as part of Position Week? Send it in right here — and check back daily for the answers.

1. What do project the starting 5 will be for the opening game? 2. Do you think Dawand Jones will get any meaningful snaps this year?

Dawand Jones was never supposed to be a starter at this point in his Ohio State career.

The fact that heÂ could be one for the Buckeyes if needed is a tribute to the remarkable athleticism of the supersized offensive lineman, and it’s perhaps one reason why it might seem like he’s arriving at some sort of career turning point with the program. But when Ohio State signed Jones, the conversation about his development plan was never really focused on Year Three as a make-or-break moment in the lineup — which is even more important now since the path to playing time is complicated by the return of two talented veteran tackles.

Also, the fact that Jones is only in his third season with the Buckeyes remains valuable for both parties. Even after Ohio State was so enamored with his unique skill set that it didn’t redshirt him as a freshman, Jones actually still has three seasons of eligibility remaining if necessary coming off the non-counting COVID year. And while it seems unlikely that he would use them all based on the upside he’s flashed off the bench, it does provide some prospective that it’s still relatively early for a player who knew all along that playing at Ohio State would require patience. 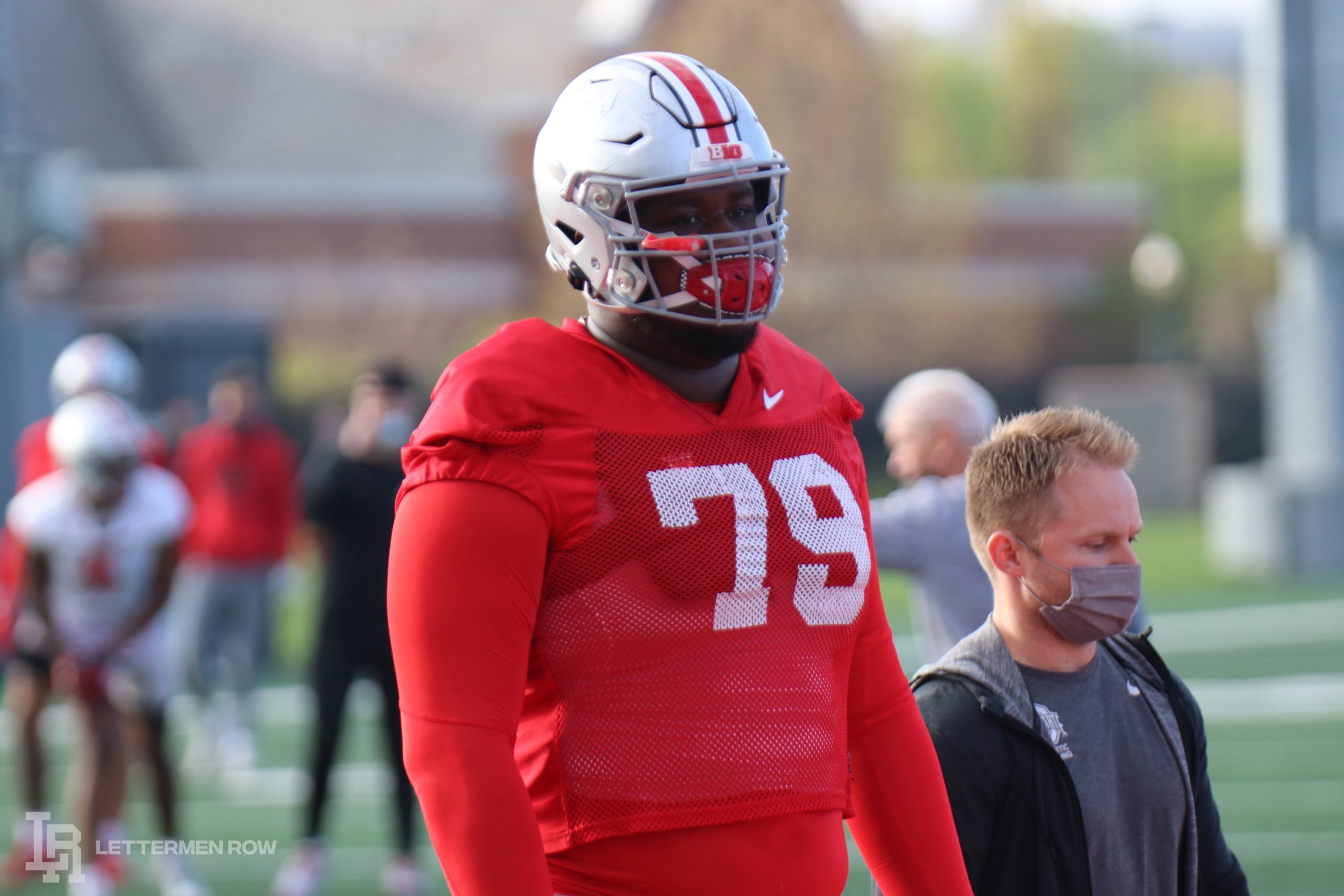 That doesn’t mean Jones isn’t pushing as hard as he can in the moment, of course. And it also isn’t meant to discount the fact that his work ethic and surprising versatility are a big part of the reason Ohio State is building arguably the deepest, most talented unit in the country. The Buckeyes have no problem unleashing Jones at either guard or tackle if necessary — and as they showed on special teams two years ago, they also won’t hesitate to get creative finding ways where he can make an impact elsewhere.

“Honestly, I sat down with my high school coach to figure out which school was the best option for me,” Jones said at the end of his freshman season. “And itâ€™s not just because weâ€™re winning, but this school is going to develop me for sure and get me to where I want to be. No matter if thatâ€™s the NFL or not, I know Ohio State will develop me.”

That’s exactly what has happened for Jones over the first couple years, and it’s hard to deny that he’s been ahead of schedule in virtually every aspect of his game.

IfÂ Ohio State needs him off the bench, there is full confidence in Dawand Jones to deliver this season. Assuming the Buckeyes stay fully healthy, though, the shot to earn significant snaps for the Big Ten champs is probably still going to require another year of patience — just like it was supposed to from the start.

But Thayer Munford and Nicholas Petit-Frere will both likely be gone after the season, leaving huge holes at tackle. And the Buckeyes have an enormous man who should be ready to fill one of them.