McCall was heading into his fourth season with the Buckeyes and hadn’t been able to find a consistent way to contribute. And if that wasn’t enough of a motivational carrot, the coaching staff started publicly asking for somebody to emerge as the backup tailback — and the message was clearly intended for the redshirt junior.

“For me, I do feel that way — like now is the time,” McCall said on Wednesday. “I’m finally going to get to show that it’s time for me to show it.”

“It got frustrating at a point, you know. It did feel like injuries held me back for a while, so now that I’m 100 percent, I get to actually go out and play football, be me and do what I do best. It should be interesting.”

The promise of entertainment from McCall has always made him one of the most intriguing players on the Ohio State roster, and few players can match his blend of speed, elusiveness and infectious personality.

But he’s also bounced around as wide receiver, H-back and running back. He had a chance to carve out a regular role on special teams and that failed to connect. McCall has also dealt with injuries and ball-security issues, and all of that has kept him from becoming the kind of impact player the Buckeyes have envisioned.

Ohio State has seen a different version of McCall in training camp, though. And heading into the season opener next week against Florida Atlantic, that has put him in line for a key role behind J.K. Dobbins in the Buckeyes backfield. 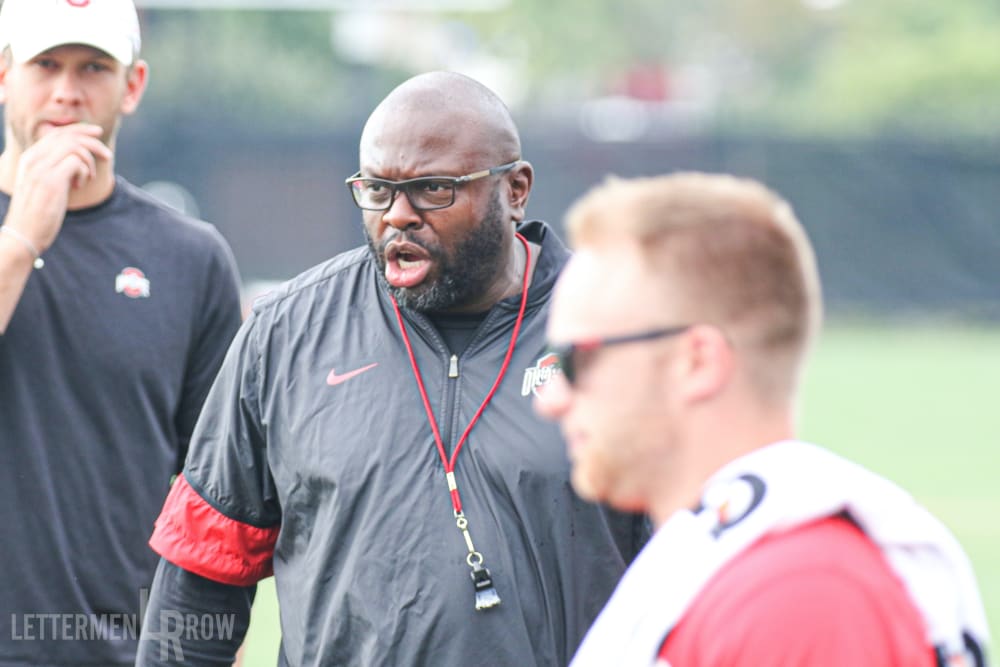 “Demario, yeah,” Alford said when asked for his second option. “Well, he’s bigger, so he’s obviously been able to be a little more physical. And he’s an older guy who is providing leadership and making plays, he’s playing with a real good rate of speed right now and doing well. I think one thing has probably helped him is he’s been able to focus on just this and not bounce around.

McCall still has to carry that over into the season, and that’s been one of the hurdles that has tripped him up in the past.

But if he can find the consistency, health and comfort in a specialized role for the Buckeyes, the chance for him to finally break through is there for the taking.

“That’s the conversation we’ve been having,” McCall said. “Going through camp, practicing, that’s pretty cool. It means to me that when it’s my time and my number is called, I need to execute.”

And if it doesn’t happen now for Demario McCall, the opportunity might never come again.

In addition to Tony Alford and Demario McCallÂ representing the Ohio State running backs, theÂ linebackers and tight ends also talked with the media on Wednesday evening. Interviews with Al Washington, Kevin Wilson and a handful of Buckeyes from those position groups are available on the Lettermen Row YouTube channel.