The speculation, debate and conversations about Ohio State never end, and Lettermen Row is always ready to dive into the discussions. All week long, senior writer Austin Ward will field topics on Urban Meyer and the Buckeyes submitted by readers and break down anything that’s on the minds of the Best Damn Fans in the Land. Have a question that needs to be tackled, like the one today about Dwayne Haskins andÂ the Heisman Trophy? Send it in right here — and check back daily for the answers.

is the heisman going to tua, or does kyler or haskins have a chance? going by raw numbers or by the best team?

Maybe it’s a weird complaint since it’s obviously a tremendous honor just to be invited to New York as a Heisman Trophy finalist. But would it be too much to ask to acknowledge the third guy at the presentation just a little this week and interrupt the love-fest debate that is focusing solely on Alabama’s Tua Tagovailoa and Oklahoma’s Kyler Murray?

This Dwayne Haskins guy is also pretty good, folks! It might be worth treating the greatest single-season quarterback performance in Big Ten history a little bit more seriously.

Look, it’s obvious that the odds are against Haskins winning the stiff-arming statue on Saturday. And it’s also not that hard to understand that many voters had already made up their minds before Haskins closed the season with one of the most epic two-game stretches in recent memory against two touted defenses with championships on the line in both outings.

The real problem is not with the Heisman Trophy race anyway, since the organizers at least offer a deadline for voters after the last game so the entire body of work can be analyzed. That’s why Haskins is heading to New York, after all. But imagine wanting to collect ballots starting in October and November and not even factoring in the most important matchups of the season. That’s how situations like Haskins only being a finalist for the Heisman and not a single other major individual award happen, and it’s absolutely insane.

The Maxwell Award, for example asked voters to narrow down the list of candidates and announced its finalists on Nov. 19. So, that’s how it ended up with Will Grier in the mix instead of the guy who threw for six touchdowns against the nation’s top-ranked defense and then followed up with a five-touchdown encore in the Big Ten championship — with both games coming after that premature deadline. Considering how easy it is to send an online ballot and instantly tabulate the votes, there is no good reason whatsoever for decisions to be rushed before the season is even completed.

It’s absolute madness. Kind of like trusting a group of 10 people to determine the four best teams in the country to play for the national championship. 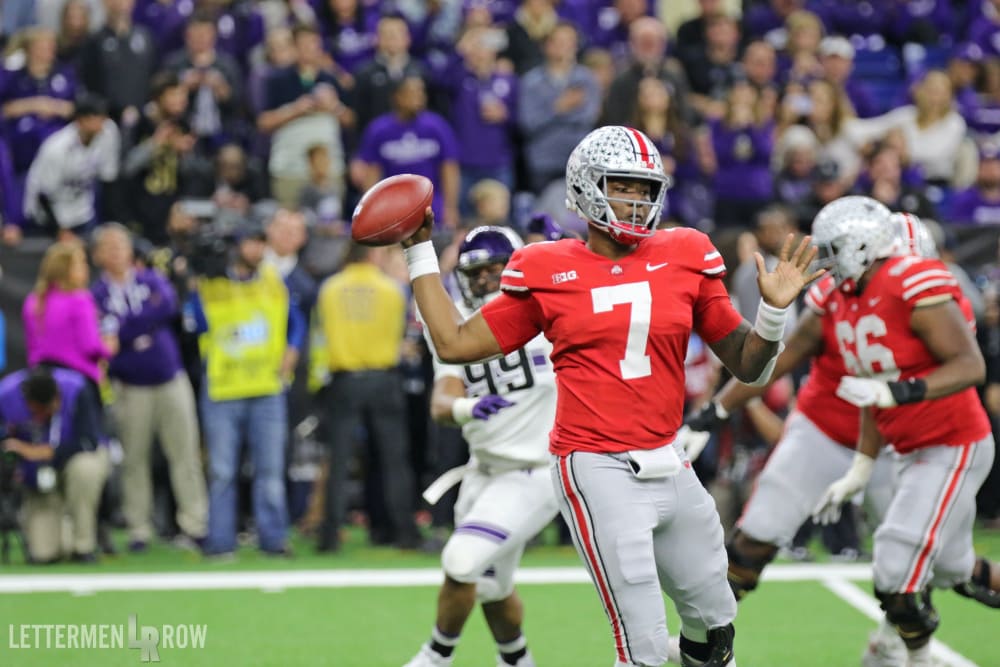 Anyway, Dwayne Haskins deserved better. Maybe he wouldn’t have wound up topping Murray for some of those other honors, but that’s really the head-to-head conversation that should be playing out this week. Alabama had a capable backup who actually sparked its SEC title run last week, it has the deepest roster in the country and one of the sport’s all-time greatest coaches. Where would Oklahoma or Ohio State have been without the wizardry of Murray or the rocket-armed Haskins? Almost certainly not in the playoff or winning the Big Ten, respectively.

Those are the two most valuable players in the country. Murray would be a deserved winner, but Haskins has a legitimate case for doing what he did with 51 total touchdowns accounted for against better defenses than what Oklahoma faced in the Big 12. Of course, that hasn’t come up much this week in the Heisman conversation, and it sadly wasn’t a topic at all for the other individual awards for quarterbacks.

Dwayne Haskins surely won’t complain about the honor of heading to New York, and that’s ultimately all that really matters. But that doesn’t mean he wasn’t shortchanged, and what he did for the Buckeyes should never be forgotten.